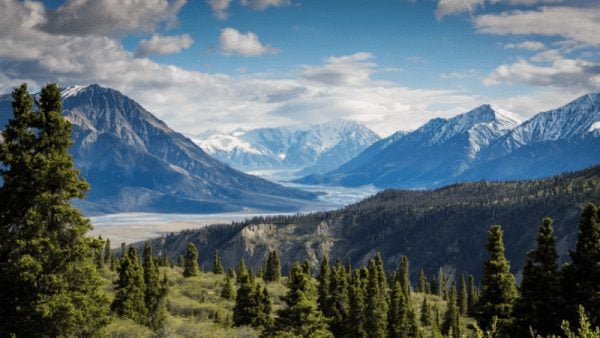 Beautiful as it is, but mountains in Italy are like a bonus to the country. Surrounded by several beautiful islands such as Sicily, Aeolian, Salina, Panarea, Stromboli, Filicudi, and many others, Italy is a West European country with achieves supremacy in almost every field, whether it be education, governance, or healthcare. The mountains in Italy are also the most talked about all over the world.

Italy’s neighboring countries are France, Switzerland, Austria, Slovenia, Vatican City, and St. Marino. There are also the countries with whom Italy shares its land boundary.

The Italian Republic has Rome as its capital city, with a population of about 2.8 million. Talking about Italy as a whole, it has approximately 60.36 million (according to the latest data).

Talking about some statistical data about the country, it has the third-highest GDP in the European Union and the eighth powerful military in the world.

After having Fascist governance, Industrialization and Globalization in the country started quite early. Italy holds the place as the fifth most visited country in the world and has 55 UNESCO World Heritage Sites.

Italy also remains at the forefront of maintaining international relations or being a part of some peacekeeping agreement or organization. Italy is a Part of the United Nations, NATO, OECD, G7 nations, G20 nations, and many others.

Coming to the most renowned and famous places to visit Italy is very lucky in this field, with one of the seven wonders of the world, The Colosseum, In Rome.

These are some of the few places that people usually love to visit on their trip to Italy but what about the people who visit the country to explore particularly the natural beauty the country want to have a closer look at the natural landscapes that the government is blessed with like lakes, waterfalls, rivers or mountain. The river routes here are very demanding but offer a very unique panorama in southern Italy.

People are fascinated with visiting some good hill stations and having freezing yet relaxing trip.

Below Are Some of the Mountains in Italy that You Must Visit:

Mt. Blanc, one of the tallest mountains in Italy, a height of about 4808 meters above the mean sea level it is the second-highest mountain in Europe, the first being Mt. Elbrus.

The site is famous for all winter sports types like snowboarding, skiing, hiking on hiking trails, climbing, and trekking. Mt. Blanc, a mountain in Italy, is also the world’s first site to have organized Winter Olympics. Mt. Blanc is the highest mountain peak in The Italian Alps, where urban areas swift away into pine forests.

Due to the heaving snowing on the mountain, Mt. Blanc is also called the white mountain as it appears white most of the time during the year.

Apart from such beautiful and icy history and importance, the hill also has a deadly past linked to it. The mountain has seen two major plane crashes and in one of which the famous Indian scientist Homi J. Bhabha lost his life. There are many documentaries as well that have been filmed in the Italian mountains.

Around 30,000 people have tried to climb this mountain in Italy, and approximately 1400 have lost their lives. Mt. Blanc is also known as Monte Bianco in French, which translates to “white mountain” in English.

Of all the mountains in Italy, this one has a well-connected network of cable car to add an adventure element and drastically enhance the experience of the visitors.

Located in the eastern Alpine, it is the second-highest of all the mountains in Italy after Mt. Blanc. Lying between Piedmont and Aosta Valley. Monte Rosa means Pink Mountain and is located at 4636 meters above the mean sea level.

Mountains in Italy are always covered with thick snow. Monte Rosa has a freezing temperature as low as -40 degrees Celsius, preventing any natural habitation from thriving on the mountain. While here also visit the Italian Alpine club.

Monte Rosa is also a home for many skiing resorts as it attracts many skiing enthusiasts. Mountains in Italy are always the choice of all the skiing lovers.

Gran Sasso is an Apennine mountain in Italy, translating to “the great rock” in the English language. Avalanches are also witnessed sometimes on Gran Sasso. An avalanche killed 14 people.

Gran Sasso e Monte Della Laga National park is the place where it is located.  Among all the mountains in Italy, this one serves as a tourist ground for both itself and the National Park.

With a height of 4,618 meters above the mean sea level, Grenzgipfel was first conquered by Charles Hudson. Grenzgipfel is also called the border mountain as it lies on the border of Italy and Switzerland. The word Gipfel means “summit” in English.

The pyramidical shaped mountain is also known as Monte Cervino, with an elevation of 4487 meters above the mean sea level.

Matterhorn, out of all the mountains in Italy, has always remained a center of importance and study by many geologists such as Horace Benedict de Saussure in the 18th century.

Mountains in Italy have always been of interest to many mountaineers and naturalists due to its shape and the difficulty that mountaineers face while climbing it.

Due to this reason, this Matterhorn has not acquired much fame and has not invited many climbers to conquer it. There was an expedition on the mountain in which many people died, and this horrifying event is also depicted and captured in many movies as well.

Sometimes also called the “mountain of the mountains,” Matterhorn is mainly composed of ophiolites and sedimentary rocks. Matterhorn is a German word which, in simple language, means “meadow.”

Matterhorn has been an isolated mountain and is subjected to many turbulent weather conditions. Mountaineer Lucy Walker is the first-ever woman to have climbed this mountain. Matterhorn is also the part of a famous book “scrambles amongst the Alps,” published in 1871.

Of all the Apennines mountains in Italy, Lyskamm, with a height of 4,533 meters above the mean sea level and Monte Rossa being its Parent peak.

Lyskamm has a nickname “Menschenfresser,” which means “man-eater,” as the mountain has a reputation for taking many lives because avalanches are quite common on this mountain peak. The climbing route up to Mt. Lyskamm starts from Lisjoch or Monte Rossa Hut.

Deriving its name from a German word, Breithorn means “broad thorn.” Dufourspitze being its parent peak, Breithorn has an elevation of 4,164 meters above the mean sea level.

This is famous for its unusual overall thorn-like shape among all the mountains in Italy. Breithorn has been crowned with a cornice, which is a crest shaped area of snow ending on the top of some hill

The cornice of Breithorn Mountain is very dangerous as compared to other mountains. Climbing above the cornices is strictly prohibited on any hill.

There is one advantage that Breithorn has over other mountains because it is the most accessible mountain that can be climbed among all the mountain ranges in the entire Alps. Trekking on Breithorn is enjoyed by most of the travelers.

Located in southern Tyrol, Ortler is a mountain in Italy. It is 3,905 meters above the mean sea level, with Piz Bernia being its parent peak.

Ortler also played a significant role in the First World War for Italian and Austrian Troops. One of the route up to this mountain was closed for some time due to the threat of avalanche but was later re-opened in 2004. The unique name of this mountain in Italy is in remembrance of German King Ortler.

Lying in the watershed area, Dent D’Herens gets its name from a valley nearby. Matterhorn is the parent peak of Dent d’Herens with a height of 4,171 above the mean sea level.

Climbing this mountain is not very easy, and a few years back, a few mountaineers got stuck on it and, after much search, were rescued after four days.

These are the mountains that are much talked about in Italy and are the top 10 mountains in Italy. Climbing a mountain is an extreme and highly daunting sports activity, and very few people dare to enroll themselves for such a task, but if you are one of them, then these mountains are waiting for in all their glory.

Mountaineers are very much attracted to them every year with high hopes and a burning ambition to conquer them. Tourists also like to visit them once in a lifetime and enjoy the mesmerizing view offered by them.

You may also read