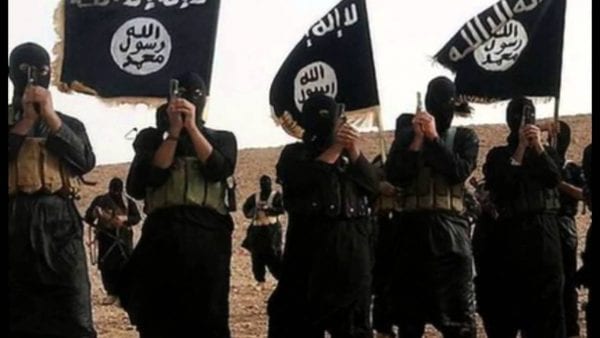 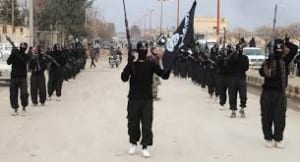 There was a time when Osama Bin Laden and his Al-Qaeda were held notoriety worldwide; after all, it was them who carried out the deadliest attack on American soil 14 years ago. However, since bin Laden’s death at the hands of American Special Forces, a new group has grown into alarming proportions and threatening the world with its Islamist ideology and brutality. This group calls themselves ad-Dawliyah al-Islamiyah, translated into the Islamic State (IS).

But what is the Islamic State? Who are these people who pose such a grave danger by their own declaration as a worldwide caliphate? This article shall take critical analysis and a brief look at the rise of the Islamic State as a major participant in the Iraqi and Syrian Civil Wars.

A Brief History of the Middle East and Islamic Fundamentalism:

Let’s rewind 95 years when the Allies took control of territories under the Mandate system of the League Of Nations. The Allies had fought against the Ottoman Empire in the Great War, and when the Central Powers lost the conflict, the Ottomans lost areas to Allied control. Except for Saudi Arabia (which was established in 1923), almost the whole of the Middle East was occupied by Allied powers, most notably Britain (Mandates of Mesopotamia and Palestine) and France (Mandates of Syria).

The British Empire in the 1920s was an empire people described as one where the sun never sets. Indeed, with about a fourth of the world’s population under their sway, the British colonial hegemony was at its zenith. To maintain its colonial dominance, the British and other European powers resorted to brutal and violent repression. They also had to counter the rise of communism and the emergence of the Soviet Union as an important factor in international politics, and Soviet Socialist Republics in the Caucasus bordered the Allied Mandates.

Meanwhile, in neighboring Saudi Arabia, House Saud, the ruling House of the Kingdom to this day, had allied itself with a conservative and fundamentalist movement within Islam, called Wahhabism. Wahhabi ideology was in itself regressive and stunted the social progress of the Muslim peoples. Still, outside of Saudi Arabia, it didn’t have much effect- where nationalist and socialist struggles for self-determination broke out in the Allied-held Mandates after Word War II. It wasn’t until later when Wahhabism joined with the Salafist concept of holy war posed any real threat.

After World War II, the United States and the Soviet Union emerged as superpowers at the expense of the former colonial powers, who were granting their colonies independence by and by. The United States had a desire to contain Communism against the Soviet Union’s ideals of world revolution. The Middle East and the Gulf states were crucial as the Soviets were neighbors to these states. As proxy wars in Vietnam exploded into a full-blown conflict, American intelligence was keeping a wary watch.

When the Soviets invaded Afghanistan in 1979, the United States had no choice other than to arm and supported the rebels fighting against the Communists. Having concluded hostilities in Vietnam just four years prior, the American Government tactfully supported the Mujahideen with arms and logistics. The Mujahideen soon formed into a close group of fighters, who became extremely radicalized by Islamic fundamentalism.

A major contributor to the radicalization of the Mujahideen was an Egyptian, Sayyid Qutb (1906-1966), whose works and commentaries on the Quran shaped and influenced an entire generation of Egyptians from the countries of the Arab world. Also, Ayman al-Zawahiri, an Egyptian dentist turned Salafist, mostly influenced on the works of Qutb, began to call upon the Muslim community or Umnah to fight against the “atheist invaders”– the Soviets having expressed atheism and repressing all kinds of religious beliefs for most of its existence.

This clash of “atheist colonizers” and “faithful defenders” of Afghanistan attracted thousands of fighters from the Middle East. With the covert (and obvious) support of the United States, particularly the CIA, the Soviets were forced to withdraw in 1989 due to mounting casualties and mounting unpopularity of the invasion at home.

Following this, and the subsequent invasion of Iraq by Coalition forces in 1990-91, terrorist outfits such as the Al-Qaeda and the Taliban were formed. The major and the most important factor was that the United States had established a military base near Jeddah, almost near the holy cities of Mecca and Medina.

Convinced that “Christian” America is out on an agenda of colonialism and religious crusade, Osama bin-Laden exhorted his followers in Al-Qaeda- and other Salafists- to wage holy war against all those who were against the correct implementation of sharia or Islamic law, or what they perceived to be the correct implementation; against America and her allies. Thus, all subsequent and future Islamic terrorist outfits claim descent from this moment, including the Islamic State.

History and Rise of the Islamic State:

Abu Musab al-Zarqawi, a Jordanian Salafi, founded the Jamaat al-Tawhid wal-Jihad. This group was mostly unknown and had limited reach in terms of workforce and resources. However, following the second invasion of Iraq by Coalition forces, against Saddam Hussein, al-Zarqawi’s group achieved infamy for carrying out suicide attacks in the consequent Iraqi insurgency.

In October 2004, al-Zarqawi pledged allegiance to bin-Laden and Al-Qaeda, changing its name to Tanzim Qaidat al-Jihad fi Bilad al-Rafidayn– or the Organisation of Jihad’s Base in Mesopotamia, also known as Al-Qaeda in Iraq (AQI). Attacks by the group on civilians, the Iraqi government and security forces, foreign diplomats and soldiers, and American convoys continued with roughly the same intensity.

Al-Zawahiri, who had risen to become the deputy commander of Al-Qaeda, in a letter to al-Zarqawi to expand actions regarding the Iraq War. The plan included pushing American troops out of Iraq, establishing an Islamic authority as a caliphate, expanding the war to include Iraq’s secular neighbors, and clashing with Israel.

In January 2006, al-Zarqawi’s group united with many Muslim insurgent organizations, creating the Mujahideen Shura Council. Following al-Zarqawi’s death due to an airstrike in July, the group’s leadership was succeeded by the Egyptian militant Abu Ayyub al-Masri.

On 12 October, the MSC united with three smaller groups and six Sunni tribes to form the Mutayibeen Coalition. A day later, the MSC declared the Islamic State of Iraq (ISI), consisting of Iraq’s six mostly Sunni Arab provinces. Abu Omar al-Baghdadi was announced as its emir or leader, and al-Masri was given the title of Minister of War within the ISI’s cabinet.

The ISI enjoyed the presence of major strongholds in the provinces of Anbar, Diyala, and Baghdad. However, during 2007 and 2008, the insurgents were facing a decline due to several factors. These included the arrival of new American reinforcements and renewed offensives by the Iraqi Army.

By 2008, the group was on the decline, losing its major strongholds and retreating towards the outskirts of the northern city of Mosul. On 16 May 2010, Abu Bakr al-Baghdadi was appointed the new leader of the Islamic State of Iraq. Al-Baghdadi rejuvenated the group’s leadership, many of whom had been killed or captured. They did this by appointing generals who served the Saddam Hussein regime.

Expansion Into Syria and Current Status:

In 2011, when the Arab Spring was in full swing, protests broke out against Bashar al-Assad, the President of Syria. What began as peaceful protests quickly turned into civil war when the Assad government started to repress the protests violently. Taking advantage of the chaos following the onset of the Syrian Civil War, al-Baghdadi started to send fighters into the country.

In 2012, al-Baghdadi also announced that the group would be renaming itself the Islamic State in Iraq and the Levant (ISIL) to designate its expansion into Syria. At the same time, following successful offensives in Iraq, the group reclaimed former strongholds in Iraq and gained new ones. Implementing sharia as soon as conquering an area and its brutal combat doctrine, ISIL made a name for itself in the Syrian Civil War. However, its disagreements with the Al-Qaeda-backed Al-Nusra Front led al-Zawahiri to disavow ISIL, and the group adopted its current name in the same year.

Although the rise of IS and its military tactics has come as a surprise to many, its seriousness in establishing a world caliphate is no joke. Although the tide has begun to turn, especially after the battle of Kobane, it will take a collective effort of all nations and factions concerned to put a stop to the Islamic State. Failure to do so will have dark consequences for human life and freedom.

Unless IS is stopped, the black death spurred on by them will never stop.