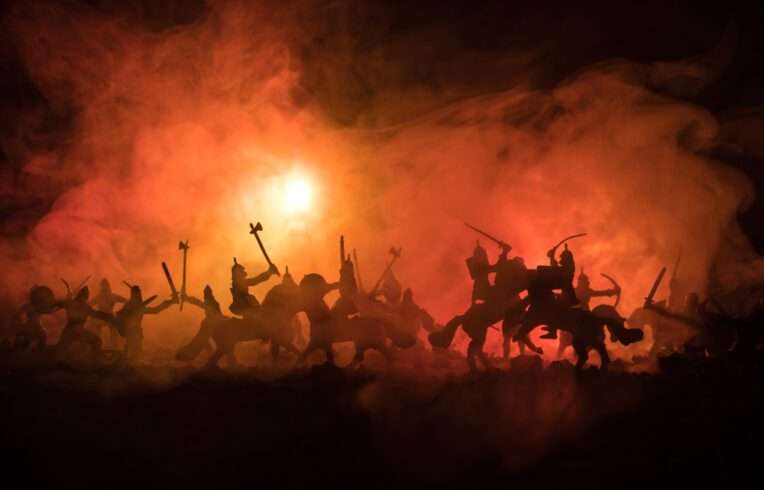 Hi, I’m the Canvas, I hold the art created with happiness and sadness, with love and with pain, with joy and with trauma. I hold these emotions safe for ages as the world changes slowly each day.

As the evening fades away and darkness engulfs the atmosphere, I stand here in my solitude, wondering how, for the first time in my life, I have been left all alone by myself. I have finally got some time worth of introspection, and as I submerge deep into the lake of thoughts, I wonder how my life has been all these years.

Yes, I have lived through many ages and will continue to live till Doomsday. I can’t even estimate my age. Now you all must be thinking about who I am.

1. Battle between an Artist and their Mind

I am the immortal canvas, the evidence of the ongoing battle between an artist and his mind.

For ages, painters have used me as a medium for expressing their emotions and feelings. From bearing the frustration of an unpopular artist to sharing the popular ones’ happiness, I have been their companion in pain and euphoria. I am their escape from the real world to that their fantasy.

After being a companion to numerous artists all over the world, I must tell you that I have felt their inspiration come from different sources. His birth or genre does not decide the fate of an artist. There can be various reasons for people to embrace art and dwell in its beauty.

The past floats in my mind, and I remember how an artist called Raja Ravi Varma was a long time ago.

Yes, I am talking about the same person whose biopic “Rang Rasiya,” directed by Ketan Mehta, drew the attention of critics worldwide after it was released. He spent a good deal of his life with me. I was the witness to his immense love for painting and his inspirational muse Sugandha. What a talented person he was!

But I did. I the canvas understood his feelings every time his stroke touched my being. I could sense the passion lingering deep inside his heart which was necessary for an artist. I could feel the beauty of his art each time his delicate fingers rubbed my being. Yes, his life hovered heftily between the sublime and mundane.

He was an artist, an entrepreneur, a lover, and the very next moment, a debaucher. He called himself “a small, selfish, petty artist.” Criticisms from conservatives of the era could not stop him. Thus, he fell into the category of those artists who found their inspiration in women and expressed them beautifully on the canvas.

Hundreds of years later, an artist with the same zeal as Ravi Varma emerged, M. F. Hussain. He was sent into exile to paint nude pictures of Hindu Goddesses. He considered art pure, and it could be pure only when it was nude. You homo sapiens, who claim yourselves to be the most intelligent species on earth, you could never understand his vision. I did. I had seen his sorrow when his own country turned its back on him.

Thus, Emin channeled her loss and betrayal to create art of an entirely new order, very much like Pablo Picasso, whose use of the color blue represents the gloom and sadness that prevailed in his poor childhood and is again evidence of this fact.

Another category of artists is the ones who are inspired by silence. In silence, one becomes the observer of the world. I must tell you that Indian artists have a beautiful notion of blending various styles. I was lucky enough to have witnessed the works of a great artist named Jamini Roy.

Now this man was one of a kind. Initially, he was unsuccessful, and to my utter surprise, he abandoned me. Months passed by, and there was no trace of him. Suddenly, one afternoon he rushed into the room where I lay and colored me brilliantly with thick strokes.

I asked him where he had been, and he answered, “I wandered hither and thither searching for odd jobs, but finally I reached my destination. I, the canvas found solace at Kalighat temple, where I got my inspiration. My dear Canvas, now I finally have a style of my own. I will paint with bold strokes.” He kissed me lovingly, and I was happy in my partner’s ecstasy.

Also, there were artists like Chittoprosad Bhattacharya, whose eyes I the canvas have seen the hidden cry for being helpless in a society destined to be doomed.

This noble soul rejected the classicism of the Bengal School of art and its spiritual preoccupation. His collection, “HUNGRY BENGAL,” sketches of Bengal famine while he was on tour to Midnapore district in West Bengal, reflect the poor’s misery wrapped in the shadow of plague and disease.

Unlike those artists who chose me since their childhood, there was a genius hidden beneath the great poet Rabindranath Tagore, who felt my need as a canvas at the age of sixty. And though worn out by his age, his passion and energy were no less than that of vibrant youth. He dreamt of veneration, old traditions, rural folk, and Santhal tribes and established the great school of art, Shantiniketan.

These are just a few of those great painters who have created a niche in the world of art through the canvas and their hearts. Numerous such artists are fighting their psyches every day, every minute. In me, they have grown, and in me, they die. Still, the fire of becoming invincible and the frustration of being unpopular haunts their psyche throughout and remains unextinguished even after they perish, and it haunts me too.

Thus, the artists have made me a vehicle of escapism, self-expression, and therapy for their psyche in distress on the canvas. The psyche of an artist is as complicated as it is beautiful. We can admire and revel in the masterpieces that their unconquerable minds create. Years of experience seem futile whenever I am asked to solve the mystery of an artist’s mind.

The night has disappeared, and I can see Aurora, the dawn goddess spreading her rosy hue in the sky. I can also see a distant figure approaching me with a paintbrush in his hands, so my dear human beings, it’s time to bid you farewell. I hope to share some more experiences some other day, but until then, goodbye!

TAGGED: artists, autobiography, Canvas, history
pavit teg bir singh September 18, 2015
Share this Article
Facebook TwitterEmail Print
What do you think?
Love0
Sad0
Happy0
Sleepy0
Angry0
Dead0
Wink0
Posted by pavit teg bir singh
Honesty, simplicity and hardwork are three pillars on which I am standing and will continue to. Rest, Punjabi Taur no one can separate from me.
Leave a comment Leave a comment 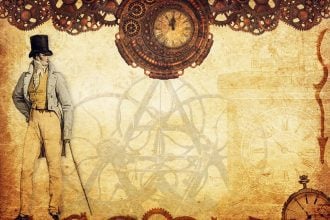