Chinese Scientists Achieved Temperature Hotter Than Core of The Sun 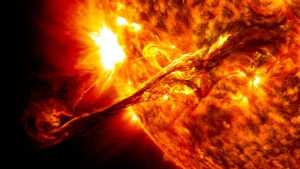 Chinese scientists are the first on the earth to achieve so high temperature. Their nuclear reactor has created plasma whose temperature arose to 50 million degree Celsius (50 million Kelvin).

This hot liquid achieved temperature three times hotter than the core of the Sun.

Hotter than the Sun and more burning than any explosion

The South China Morning Post, the first media to inform the world about this success, claims that the temperature would be as “roughly the same as a mid-sized thermo-nuclear explosion”.

The experiment was held in a machine called the Experimental Advanced Superconducting Tokamak (EAST) that is situated at the Institute of Plasma Physics at the Chinese Academy of Science in Jiangsu province.

Results are not satisfactory for the Chinese

The goals of the research were much higher. However the achievement of so hot conditions must be seen as a positive thing.

The Chinese scientists supposed to attain 100 million Kelvins (10 million degree Celsius) and maintain it for over 1,000 seconds (more than 16 minutes). However, the length of time that the plasma was sustained and controlled remains significant, as this is one of the main obstacles to implementing nuclear fusion more widely,” India Times explains.

Time is the strongest enemy!

The conservation of the heating liquid remains an issue. During the experiment other plasmas were produced, sometimes even hotter than the mentioned one. Nevertheless, the importance is not hidden in the temperature, but in the “vitality” of the scorching plasma.

Maintaining the heat is particularly challenging, mainly due to “their volatile temperatures and the consequent safety considerations,“ India Times adds. The plasma, as it had been created by Chinese scientists, was a super-hot gas consisting heating atoms in the magnetic EAST machine. 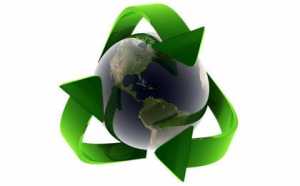 And why all this? Sustainability! That is the reason for the research. Current political events as well as media presenting all the terrifying pictures of melting glaciers and progressive extinction of flora and fauna have the task to show to the public the destructive use of the fossil fuels and other tools damaging the natural heritage of the Earth. This might be the next step toward a green future.

Thus, with the development of this technology, we could eventually replace conventional nuclear fission as well as the mentioned fossil fuels.

But what is the difference between now presented nuclear fIssion and nuclear fUsion?

Nuclear fission means splitting the atoms; nuclear fusion is based on joining – for starters– fusion is when one small atom arrives very close to another small atom, after a while they collide and create energy and bigger atom!

Fusion plays a key role in hoping to find a new source of energy and it is currently studied worldwide. The knowledge and skills in achievement must still come, however, finally, thanks to the Chinese scientists who already built one last week.

The world needs a solution and in a few years we might have one!