Corn on the Cob: Cool Facts to Know

Corn on the Cob is a classic snack which you can munch on without any afterthoughts as it is healthy and delicious. It is a culinary term for the cooked ear of maize. The most common type of maize that is used in this dish is sweet corn as it has high sugar content.

Cob of a Corn known as Corncob is actually the central core of an ear of corn. Kernels grow in this part of the corn. The corncob is only edible when the corn is young, that is when it is baby corn. As the corn grows, the cob hardens and soon the kernels are the only edible part left.

Sweet corn which is prepared for Corn on the Cob are harvested when the endosperm is in the ‘milking stage’ such that the corn is tender and sweet in taste. It can be cooked along with their green husks and then removed before eating, or it can be cooked after removing the husk.

Corn on the Cob can be cooked by grilling, roasting or boiling the sweet corn. After this, the chef serves it by topping it with butter and salt. Some also serve this with other ingredients like pepper, cheese, lemon juice and more.

The corn can be eaten directly from the cob or using other cutlery items like a knife. The item is served warm and in some places, the cob is skewered with a stick for the person to eat easily without any mess. You can eat corn as a snack or as a side dish with meat and seafood. This is a perfect food item for those who love corn.

We will now get to know more about the history, preparation, different versions and health benefits of Corn on the Cob. 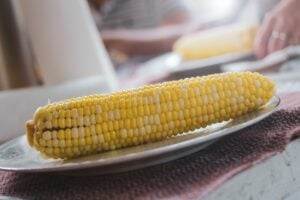 Corn is also known as maize in some countries, and is one of the most important cereal grains in the world. It is a staple food and in some countries it’s consumption and production is more than that of rice and wheat.

Corn is one of the most harvested and cultivated crops all over the world. The largest maize producing country is the USA. Besides eating it as it is, corn is used in the production of animal feed, corn syrup, cornmeal, cornflour, popcorn and others.

Sweet corn was also eaten by Native American tribes. It was an important food source for the Gallimore tribe, who lived in what is now Ohio. The Maya tribe are also known to eat their own version of corn on the cob. Corn was a staple food for the Maya and they ate right from the cob after grilling or boiling it.

In 1492, Spanish visitors came and enjoyed maize. They consumed maize and took it back with them. Soon they also started to spread maize to other countries too. Maize became popular in places like Italy, West Africa, and other places in as it can be grown in different climates.

Corn on the Cob is eaten all over the world with different variations from country to country. It is also the 4th most popular food eaten on the 4th Of July in the USA. 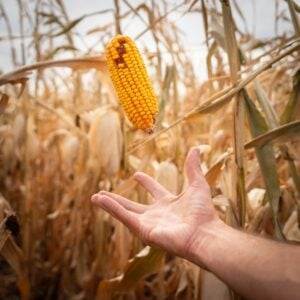 Preparation and Method of Cooking

While there are many variations of preparation of corn on the cob, the most basic ones are boiling, frying, grilling and roasting.

In many places like India and Indonesia, corn on the cob is made by grilling the corn on a bed of hot coals. Before grilling the husk is removed. After the grilling salt, butter, pepper and lemon juice is spread over the corn and served hot.

In some places, corn on the cob is wrapped in foil paper and then roasted. When corn is roasted over a pit of coal, hot pan or fire, it is roasted without removing the husk. 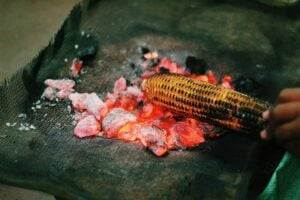 In Mexico and Central America (except in Panama), corn on the cob is known as Elote and in parts of South America, the same thing is known as Choclo. Elote is prepared by boiling the corn in water with their husk as it gives it an extra flavour. It is then eaten as a sweet or savoury dish. Before serving, it is sprinkled with salt, herbs and other spices like epazote, tequesquite, or pericon.

In some places, mayonnaise, butter, liquid cheese, or cotija (a type of grated cheese) is also put over the warm corn on the cob. These are often found in fairs of Mesoamerica. Elote is served with all the above-said ingredients with different sauces like ketchup, sweet and sour sauce and mustard.

A stick is skewered in the middle of the cob for the ease of eating. You can hold the stick and eat the Elote while walking around. In Mexico, you can buy this type of corn on the cob from vendors called Eloteros. They walk around the city selling Elote, you can find them in parking spots and other places.

In Quebec, an informal celebration takes place which is dubbed as a corn-shucking party. Here, corn on the cob is served after the hosts and guests help in shucking the corn. After this, the corn is boiled in water and served warm with butter and salt as a side dish. 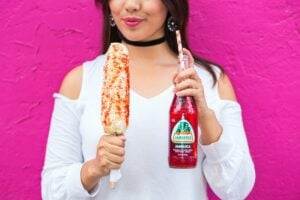 Customers can choose what kind of corn they want and choose the topping with it too. Elote is available in hard and soft form and is served with sour cream, liquid cheese and other condiments of your choice. Some eloteros sell boiled or grilled corn on a cob according to their customers’ demand.

If you want to to try to make corn on the cob in your home, here are some tips to make a delicious healthy snack.

When you buy corn for cooking, try to choose fresh corn as after getting picked corn starts converting sugar into starch and this results in the reduction of natural sweetness. Corn should definitely be cooked on the same day as it was harvested, as within a single day it can to lose up to 25% of its natural sweetness.

After choosing the corn you can decide what method of cooking you want to follow. You can microwave the corn with its husk on until it is warm. You can also grill it on an oven or barbecue grill by removing the silk and husk of the corn, wrapping the corn in tin foil and then placing it on the grill for a few minutes.

Boiling is the most preferred method for making corn on the cob as it brings out the sweetness of the corn. It is said to be more delicious than roasted corn.

For boiling corn, take a large pot and fill it with water. Boil the water and add butter and cream. Shuck the corn, that means removing the husk and silk of the corn. If you want your corn to be salty or sweet, add salt or sugar according to your taste.

You can also cut it in half if you want to. Then you can add the corn to the water and reduce the heat. Boil corn on the cob for a few minutes until the kernels are tender and soft. After this, take out the corn and serve it hot. Before serving, add salt and pepper to taste.

You can also broil and steam a Corncob by using a broiler and steamer respectively. Just used the same liquid mixture as used in boiling corn and you will be good to go. 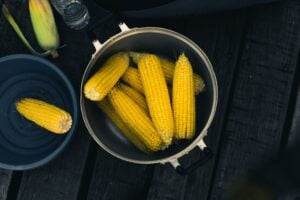 Eating corn on the cob with a little salt on it is actually considered healthy. According to many scientists and food professionals, corn is said to be high in fibre and is good for your body.

According to food experts, corn is a good source of vitamin B and minerals like zinc, copper, magnesium, and iron. They also believe that corn can be considered a good source of antioxidants and it can be beneficial for eye health too.

Many doctors recommend that diabetic patients should avoid corn as it contains carbohydrates and it can cause some damage. 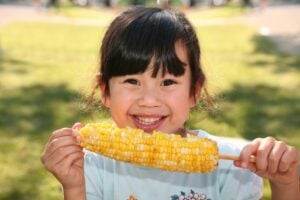 Corn on the Cob

Corn on the con is an amazing food ,especially if you try to eat it during cold and rainy weather. It is sweet and crunchy, which will tingle your senses and spread warmth through your soul. It is a must-try for those who have never, had it.

Those who are planning to cook corn on the cob here’s some advice, try making a small batch  and manipulate and change the recipe according to your taste. So grab an ear of corn on the cob and enjoy this delicious food item.

Share
Facebook
Previous articleA Brief History of Scones: How Did They Originate?
Next articleDr. Pragati Singh: An Innovator of the Platonic World