Diksha Dogra is a personality transformation coach, law of attraction coach, and NLP expert who is very passionate about everything she does. She is the founder of her venture, ReImage, by Diksha, where she coaches people to achieve things in life with the right mindset.

In her conversation with Icy Tales, Diksha Dogra spoke about her journey to becoming a life coach and some of the other things she does daily.

Diksha Dogra was in many minds about what to pursue in her life. She wanted to do IAS and become a model, but life offered her a golden opportunity when she came to New Delhi in 2013.

She couldn’t figure out the right path in life because of her shyness and lack of confidence. The personality transformation coach felt that leaving her hometown and coming to a new place gave her a lot of freedom. This freedom ignited a spark within her to do something out of the box.

“Becoming a Life Coach was there in my subconscious mind but not in my conscious mind. Once you get freedom, you have that excitement that forces you to do something, but because of a lack of confidence, you cannot do things that you want to achieve in life.”

When she came to Delhi, she was in debt as she had to pay her educational loan. Diksha Dogra had the mindset that once she got a job, she could write off her debts, earn money and pay for her IAS preparation fee; this was the clear picture she had in mind. She often used to get intimidated by the thought that people would laugh at her if she did something wrong, which hindered her confidence. It took her 6 years to get a job at an MNC, but she wasn’t enjoying what she was doing. “The kick which pushes me to work every day was missing in this job.”

After this phase, she researched Life Coaching and the Law of Attraction Coaching, after which she read books on the same. “I used to blame others for all my circumstances, but it was all in me. I have spent half of my life understanding what is there and how we can improve it to make it better. My journey began because I wanted to help those in the same situation as me.”

“Social Media is one of the causes of demotivation” – Diksha Dogra

Diksha Dogra believes that humans get demotivated very easily because of two reasons; one is Social Media, and another is not having a reason behind achieving our dreams. She understands that often we get inspired in a wrong way by seeing other people’s posts and content and start comparing our life with them.

“Nobody posts their failures on social media, and we know that fact very well. When you have a dream, you must have a strong WHY to make your dream valid.”

When it comes to dreaming, she believes that one must have many reasons to achieve and dream and then hold onto it. She says this will give a person a push from the inside to work hard. She affirms that having a strong reason to keep dreaming will help a person go out of the way to achieve things. “NLP is a tool to control unwanted patterns” – Diksha Dogra

Diksha Dogra used the example of computing software to explain the Neuro-Linguistic Programming (NLP) concept. She said that one must use the right language to make quality software.

“NLP is a language used to remove unwanted languages and patterns with our communication in our mind.”

She feels that something else is also running in her mind whenever people are having a conversation, so NLP helps take control of such patterns and change them into empowered ones.

“Life Coaches are not like psychiatrists; they help you come out of problems practically” – Diksha Dogra

Diksha Dogra believes that everyone needs a friend or partner to help them feel safe at one point in life. She thinks that life coaches play the same role by helping people come out of problems by acting like friends to people going through tough times. The NLP expert feels that people are unaware of their true potential, which is why life coaches help them realize what they can do.

“Life Coaches help you to address what is going on, and they help you to face your fears. We all have incredible potential, and life coaches bring it out. We bring out your powers and make you use them. Life coaches help people become independent and play a large role in shaping their lives.” “Speaking about past phases sometimes becomes hard for us” – Diksha Dogra

Diksha Dogra said it was a courageous decision to speak out her heart in Josh Talks. She was at first very anxious if she should speak or not, but later she decided to unfold her journey to others through Josh Talks.

She realized that owing to something is not wrong, and she wanted to inspire others with her experience. Although it took her many days to revive her thoughts, she cut after gathering all the information.

“It took me some time to gather all my thoughts about my lowest phases. When they first approached me, I wondered if I should speak or not. When I started recording, I started crying. I calmed myself down because I knew I would never do it if not now”. She also recalled how she went teary-eyed while recording the talk because she was taken back to her worst phases. She also calls herself strong because she calmed down and did the talk that day. Nervousness feared her, but she feels happy that she faced her fear and ultimately did it.

She believes one must have a strong reason to hold onto a particular goal because this will eventually build consistency and achieve more efficiently. She affirms that even small steps will help a person to achieve big things in life.

“This generation is pumped up one day, and after a couple of days, they get whistled up. We fall back into the trap of the day-to-day routine. Find a reason to push you every day to take any action, even if it is small steps, go for it”. In a fun segment, Diksha Dogra also stated that she would love to be a comedian because she believes making people laugh is wonderful. She also wants to continue inspiring people to achieve better things in life.

Check out the inspiring conversation on our YouTube Channel. 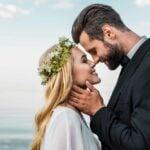 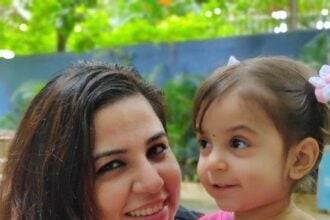