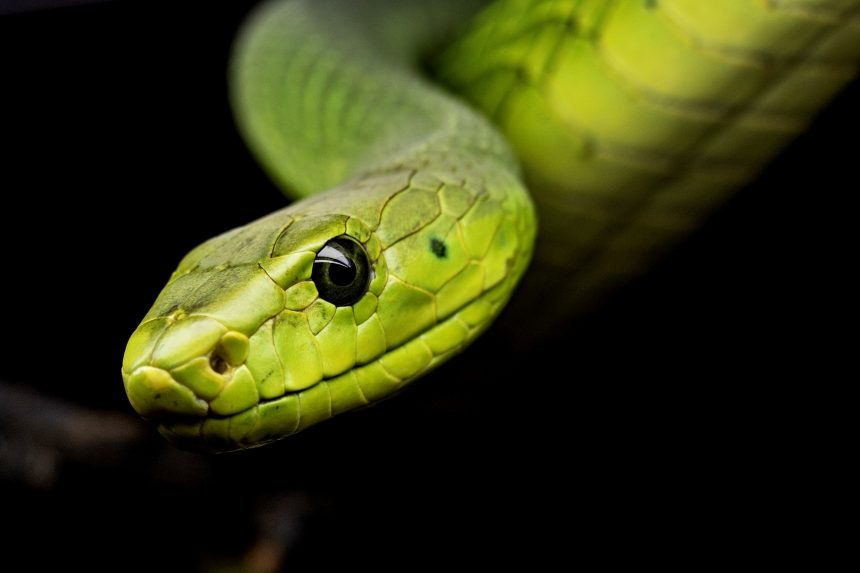 Do snakes have bones is a question that many people ask. Snakes are slithering creatures that fascinate many people while creeping others out. In ancient cultures, snakes symbolized evil, immorality, and temptation. But, as society progressed with time, people gradually gave up their superstitious viewpoints and started looking into things from a scientific point of view.

1. Some Basic Features of a Snake

By looking at their long body with slithering flexible movements, one might think that snakes fall under the category of invertebrate animals. But as you read further, you will discover that there are many interesting facts about snakes that you never knew.

Well, here is the first fact. Snakes are vertebrates. Snakes have bones, vertebrae, and ribs. But unlike humans, snake skeletons don’t contain a meager amount of 33 vertebrae. To support their entire length and incredibly flexible movements in multiple directions, a snake’s skeleton has about 100 to 450 vertebrae in its body and up to 10 to 205 vertebrae in its tail.

A Snake’s ribs help a snake in multiple ways. It not only helps protect the internal organs just like in other animals, but it also helps a snake to breathe, a unique feature that is not present in any other animals. Humans and most vertebrates have diaphragms that help them to breathe, but in the case of snakes, the diaphragms are absent. In the middle of each rib, snakes have fine muscles that help the ribs contract. The contraction and relaxation of these rib muscles help air to pass in and out through the lungs.

Snakes open their jaws so wide to catch their prey that there is a popular myth among people that snakes can deliberately dislocate their jaws. But this fact is incorrect. Snakes have way too many bones than other vertebrates. Their upper jaw consists of two parts. The outer portion is called the maxilla, whereas the inner portion consists of palatine and pterygoid. Surprisingly, in most snakes, the upper jaw is not directly connected to the skull. A thin ligament connects the snake’s skull to the upper jaw.

A snake’s lower jaw is connected to the back of the skull, which helps it open its mouth wide enough to catch its prey. The skull of a snake is designed in such a manner that helps it in attaining greater mobility. The bones of a snake are joined by flexible ligaments, which help them to move their jaws and swallow prey.

Due to their flexible jaw, some snakes can swallow animals from 14 kilograms to 16 kilograms. Animals like cattle and deer easily fall prey to these snakes. Snakes have stretchy ligaments and strong muscles, with the help of which they constrict their prey, suffocate them and then gradually swallow it. With their complex skull structure and stretchy ligaments at each side of its mouth, a snake can swallow animals three times larger than its head and body circumference.

Not all snakes are venomous. Snakes like pythons, boas, king snakes, green snakes, etc, are non-venomous snakes. But some snakes are very venomous and use their venom for defense and killing prey. Snakes like king cobra, viper, black mamba, etc are extremely venomous. This might raise questions in one’s mind about whether snake bones are poisonous. The simple answer to this notion is, no, snake bones are not poisonous. But, the snake’s head contains glands with venom.

The venom from these glands is supplied to the hollow fangs, which help them to inject the venom and numb their prey. Therefore, even though the bones of a snake are not poisonous, the head of a snake is.

Do snakes have bones, you ask? Well, some snakes even have legs. Snakes are reptiles that slither, creep, and lure their prey so, they should not have legs right? Here is another surprising little fact for you. Not all snakes have legs, but some of them do! Snakes like boa constrictors and pythons have legs. They are tiny and hidden underneath their large muscular tail. But these legs’ are vestigial limbs which means these limbs became useless with time. These tiny remnants in snakes are called pelvic spurs.

Snakes evolved 150 million years to come to this stage. According to many scientists, these little leg bones or pelvic spurs can gradually evolve into proper limbs in snakes like pythons as one of the genes necessary for this evolutionary process, called sonic hedgehog genes, is still present in them.

As stated earlier, snakes have been roaming this earth for nearly 150 million years, and according to many researchers and scientists, snakes evolved from lizards. Renowned paleobiologists Jason Head and P. David Polly discovered a striking match between the skeleton structure of a snake and four-legged lizards. As Head and Polly examined the vertebral bones of snakes, alligators, lizards, and mice, they observed that the skeleton of a snake has similar regional differentiation as that of a lizard.

2. Some More Fun and Interesting Facts about Snake’s Body

2.1) Snakes Smell Through the Tongue

Just like humans, a snake has nostrils but is solely used for breathing and not for smelling. Snakes have a special organ just for smelling called the Jacobson’s organ, which is attached to the snake’s mouth. The snake’s tongue flickers out to catch the chemicals in the air and then slithers back to touch Jacobson’s organ, which helps recognize the smell of those chemicals.

Snakes like boas, vipers, and pythons have special holes on their face called the pit organ, which helps them to detect the body heat of their prey or predator. A snake’s pit organ becomes useful at night when there is a lack of light. At night time a snake with this special organ can detect the infrared radiation of its prey from a meter away which makes them a very efficient nocturnal predator.

A snake skull is made up of many separate bones which are joined by ligaments, but it lacks both the outer and middle ear. The inner ear of a snake is connected to its jaw bones which helps them to perceive vibrations. However, snakes are partially deaf. They hear a lot less than humans.

A human can hear about 20000 Hertz, whereas a snake’s maximum hearing capacity is limited to only 1000 Hertz. Even though they have a low hearing capacity, they have other strong senses which help them survive in this world.

Snakes discard their former skin as they grow. This discarding of skin is called ecdysis. This ecdysis process helps us gain an idea about the snake’s age. This process of discarding the skin is a unique way of dealing with harmful parasites present in the body of the snake. But ecdysis has risks as well.

While going through the process of ecdysis, the snake rubs its head on some rough objects to tear the skin, and then it creeps onto some rough ground to peel off the rest of the skin. The snake must remain undisturbed while going through this process as it also sheds from the delicate part of its body called the eyecaps. If this process is hampered in some way, the snake can become permanently blind.

3. What We Learned about Snakes from this Article

This article taught us a lot about the vestigial pelvic girdle, snake ribs, very stretchy ligaments in snakes, snake’s tail, skull, bone structure, spinal column, snake brain, and how many bones a snake can have. We also found out a lot about what snakes lack, how they eat prey, and how they are different from most reptiles. We came across all these surprising pieces of information by asking one simple question: Do snakes have bones? So, we should always be curious and ask questions about things we don’t know.

TAGGED: Do Snakes Have Bones?, Fun Facts About Snakes, reptiles, snakes
Somi Ghosh November 29, 2022
Share this Article
Facebook TwitterEmail Print
What do you think?
Love0
Sad0
Happy0
Sleepy0
Angry0
Dead0
Wink0
Posted by Somi Ghosh
Hey there. I have completed my M.A. in English with a first-class ranking. As I have a knack for reading, writing and learning new things, I am here to share my thoughts on various interesting subjects. I hope that you will enjoy perusing my articles.
Leave a comment Leave a comment