BJP’s “Sabka Saath, Sabka Vikas” campaign led them to a huge win in the 2014 central elections. Their impressive campaign ran along the lines of Vikaas; development, a much-needed word and idea in 2015 India. This spirit is reflected in their manifesto too. Structurally, BJP’s manifesto is divided into 5 categories. An understanding followed by a real-world comparative analysis can yield significant results regarding what was promised versus what has been delivered so far.

A) Attend the Imminent: Price rise, Employment, Entrepreneurship, Corruption, Decision and Policy Paralysis, Poor Delivery, Credibility Crisis.
Price Rise:
1) Reduced MPs from 71 to 23, saving taxpayer money.
2) Changes to the APMC act have ensured some relief from inflation.
3) Delivered the promised Price Stabilisation fund. On Friday, the Union Agriculture Ministry approved a price stabilization fund (PSF) that Finance Minister Arun Jaitley had announced in his July 2014 budget. The fund, with a corpus of Rs. 500 crore will be used to support market interventions for managing prices of perishable agri-horticultural commodities.

Initially, the fund is proposed to be used for onion and potato only. Losses incurred, if any, in the operations will be shared between the Centre and the States. The PSF will be used to advance interest-free loans to State governments and Central agencies to support their working capital and other expenses on procurement and distribution interventions for such commodities, the Ministry said in a statement. These commodities will be procured directly from farmers or farmers’ organizations at the farm gate or mandi levels and made available at reasonable prices.

B) Employment and Entrepreneurship:

1) A new ministry for skilled development and Entrepreneurs.
As recently said by Modi, 65% of the population is below 35, i.e., the working population. Now, if we want to increase employment or create more job-seeking opportunities, we need entrepreneurs. Also, for the 65% population to work to their full potential, they need skill- development. We can’t say what role the ministry will actually play in this, but we will have to wait and watch.

2) Ram Madhav, while addressing youth parliament, said youth cannot depend on Government jobs and should instead become a part of the “Make in India initiative.”

3) Corruption: Transparency International’s annual report of 2014 ranked India above China in terms of lowered corruption. India was at rank 85, in contrast to rank 95 during 2011.

C) Strengthen the Framework:
1) Setting up of Zonal Councils to improve communication between center and states.

2) Integrating NE: DoNER’s make up the North East initiative. Increasing tourism, having a brand ambassador and Northeast expertise in tea processing, organic farming, food processing, exploitation of wind power through windmills, AYUSH, wellness therapies like spas.
Lack of transport links to other parts of the country leads to no trade. It is easier to transport between Kolkata and Mumbai than Kolkata and Agartala. Despite being rich in natural resources, the area imported almost 3,000cr worth of basic amenities like Fish and Eggs due to a lack of capacity to harness what is already present.

The long tourism journey can start with simple, doable steps — creating a Northeast platform for coordinated action, developing destinations, creating tourism zones, involving common people and the private sector. Finally, the region has the talent to support IT-enabled services and BPOs that can be part of the Look East policy, provided they can improve unsatisfactory telecom links. In the end, development comes down to implementation. The latest initiatives of the ministry for the development of the northeastern region could energize the process. Much will depend, as well, on the proactive role of the states.

Regarding flood, 38 schemes are being run; however, their results are not evident. The central govt. gave the state funds of rs. 1,387 crore to flood control measures, again, effects of which remain to be seen.

D) Education – Enroll and Excel
No big reforms have been added in the field of Education. The Modi government has been treading lightly with small initiatives. Perhaps they will give more attention to the education field after solving issues in the economic sphere. One might also argue that big reforms like Sibal’s making the CBSE exams optional do not always seem productive. Monetary promises to female education, FOSSEE, and e-Kalpa for taking education beyond books, SAKSHAM for differently-abled children are some of the Modi Government’s initiatives.

None of these can be considered game-changers, and the terrible states of government schools in small villages and even cities have not had redressal thus far. However, a country with which India has a bilateral trade of close to 5bil dollars, Israel, has announced a new joint education research program of 5mil dollars with India. They have announced 2 new IITs, 2 new IIMs, and 5 new AIIMs. The shift towards higher education is also seen in budget allocation; while the overall education budget fell (82,777cr to 69,074cr), there was a 22% rise in higher education allocation.

In education, there have been unnecessary controversies—most of these surrounding the HRD minister, Smriti Zubin Irani. The central government has been accused of saffronisation and centralization of education. The central university of Bihar could be said to stand testimony to this while changing history textbooks could be said to show the saffron agenda of the Modi government.

Therefore, a lot has been said, and some has been done. Controversies and arguments have been on the rise but so has speculation of great FDI. Perhaps the BJP government needs more time before evaluation! 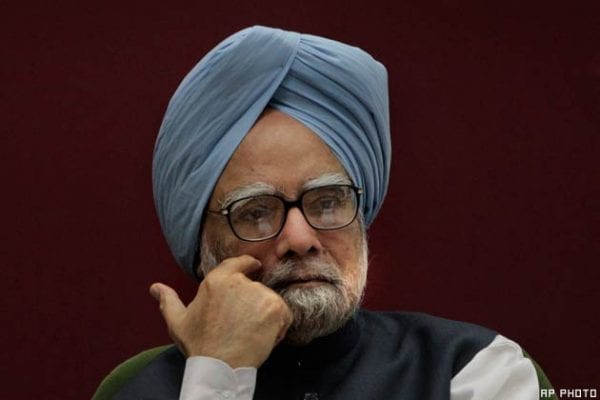