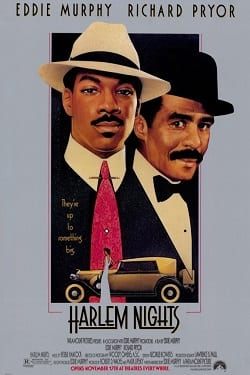 Have you watched the movie Harlem Nights? If you have, have you noticed what we have? If not, here we have some interesting facts you should know about Harlem Nights.

Harlem Nights is a 1989 American crime comedy-drama written, directed, and also starring Eddie Murphy. The movie is on a gambling night club run by two people and their encounter with police officers, gangsters, and people of corrupt nature to stay in business. Even though they win against the enemies, they eventually leave the city to live in some foreign land. The movie was claimed to be told in broad cliché that you would keep on waiting for the fun part but would never reach it. It is also claimed to have no original idea in any part of the movie.

Despite all of this, the movie was a great hit and a cult classic known for its dialogues. And here are some facts that would amuse you.

Redd Foxx (John Elroy Sanford) was an American stand-up comedian who was best known for his portrayal of Fred. G. Sanford, in the famous television, shows Sanford and Son. He was recognized during the 50s and 60s.

Richard Pryor was an actor and a Director. He is even regarded as the most influential stand-up comedian of all time. He was most active in the 60s, 70s and, 80s.

Edward Regan Murphy, an American actor, comedian, and singer, was active from the 80s to the present. He is also the greatest stand-up comedian of the time.

So you see! The Harlem Nights brings together the most celebrated comedians from the 50s to the present. At the age of 67, 49, 28, these three men came together to create the most legendary movie of all time. They were all similar in their approach to comedy but yet had their unique styles.

2. The Real Incident Behind The Story.

In the Harlem Nights, there is an Irish mobster Bugsy Calhoune who tries to take over the night club owned by Sugar Ray to control the black-dominated Harlem. The movie was inspired by a real-life dispute between a Jewish gangster Dutch Schultz and a black gangster Bumpy Johnson in the mid-1930s.

Harlem, as all know, is famous for its African-American heritage. But earlier, it was occupied by Jewish and Italian Americans. And with the arrival of African-Americans in the 20s and 30s brought about the famous Harlem Renaissance.

The Harlem Nights was much critiqued by the film critics. It pulled down for its slow pace and lack of comedy. Many believed that the film showcased the setting and costume of the time, but people criticized it for the use of dialogues in the movie. Many of the conversations and cuss words were not a trend then and were contemporary. Yet the film celebrated these dialogues and became famous. It was just because of these dialogues; the film became a cult classic of the time. The discussions were witty and influenced the audience.

4. Eddie Murphy as the All-rounder.

Eddie Murphy is the Director, the Executive Producer, the writer, and an important actor in the film. It was his only work as a director. He always wanted to work as a star in the movie he leads and to share a screen with Pryor.

When the movie opened at the AMC Americana 8, a patron shot two people in the theatre. This lead to so much of a commotion. Two police officers later killed him. This incident made the theatres to cancel the showings if Harlem Nights. After this, the theatres installed permanent metal detectors.

Meanwhile, the Boston Mayor Raymond Flynn blamed the film for the riot that was started shortly after the cancellation of the shows. Flynn also commented that the movie glorified violence.

The movie’s soundtrack introduced seven classic tracks by the renowned African-American pianist, composer, and Jazz player Duke Ellington. The soundtracks were “Black Beauty,” “Mood Indigo,” “Take The ‘A’ Train,” “The Gal From Joe’s,” “Sophisticated Lady,” “Drop Me Off In Harlem,” and “It Doesn’t Mean A Thing (If It Ain’t Got That Swing).”

Harlem is a neighborhood in New York City. Despite this, the entire movie is in Los Angeles. Harlem had a historical significance, and it is no wonder that the place’s name comes in the title. Harlem itself is a character in the movie. It was a shame that the film could not be shot in Harlem. Even though the movie tells about the lives in Harlem, it lacks the soul of Harlem. The luxury of Los Angeles will not be able to provide the essence of Harlem and what the people did go through.

As said above, the movie was iconic for its usage of dialogues. Many obscene words, including ones with sexual connotations, were used in the film. Because of this, Harlem Nights was an R rated movie. Another reason was the use of racist comments in the film. We know that Harlem was famous for the occupants of the African-American community, and they had to struggle a lot to gain recognition. So it would be obvious to include racial issues in the movie despite setting it in a location like Harlem.

Harlem Nights came out at a time when the Black cinema was going through a sort of Renaissance. There were many other movies like Lean On Me, Do the Right Thing and School Daze. By telling different stories of the black through these movies, the Black cinema leads the world into a new decade.

The lives of Blacks were threatened from the beginning. When the movie ends, we could see the group winning against the rivals. But unfortunately, they have to leave Harlem to live in another foreign land. What is the use of winning if they had to leave the place? They are still not free from the racist chains. Their fight was to claim the area in the first place. Maybe this could be one of the reasons the movie has no story at any point.

Harlem Nights is famous for receiving the worst awards. It won the Stinkers Bad Movie Award for the Worst Picture, the Golden Raspberry Award for Worst Screenplay and the Golden Raspberry Award for the Worst Director. It is still a mystery how the movie got such acclaim. But who cares when one receives the support of fans and gets to see their name four or five times in the movie credits.

After the release of the movie, many bars and lounges opened in the name of Harlem nights. Most of them were in NYC, Atlanta, and various parts of the United States. Also, the costumes of the movie gained popularity. The costumes were the only thing that had sync with the time of its release.

From most of the facts, we get the idea that the movie was not an excellent experience of severe moviegoers. The film was a financial success only because of Eddie Murphy’s star power. But it did not get great critical acclaim. There were even comments that if he wanted to keep on doing worst movies like Harlem Nights, its better he write and direct them. But still, it is a celebrated work all over the world.

There is also an overdose of violence in Harlem Nights. As the movie goes on, the pile of bodies increases, and the joke doesn’t sink in. Murphy’s character seems to be a rival of women whom he beats and punches all the time. He also beats up many others in the movie. The rise of his character itself begins with an assassination where he killed a man when he was only seven years old.

Whatever the critics claim about Harlem Nights, it remains a classic of the time. With a budget of 30 million dollars, the movie earned a profit of 95 million dollars in the movie market. With such a legendary trivia in the casting, the film gives the audience a history of African-American stand-up comedy over five decades. It is the representation of the Black community in the mainstream movies and a memorial of the Harlem Renaissance. It would remain as a movie that brought about a fresh perspective in the time it was released.

This all that I could reveal about the movie without giving out too much. Do watch the movie and let us know about your take and understanding of Harlem Nights, was it worth your time or not in the comment section.