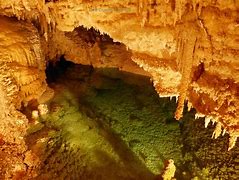 Are you a history enthusiast?  This article will throw light on an ancient landmark: The Caverns of Sonora.

Many people in the world love to discover new places. On the other hand, some others like to investigate places with historical importance, myths and stories.

Many people might not know that there are two places named Sonora in the world. One is a Mexican state of Sonora whereas the other is a small city located in West Texas – Sonora Texas.

The ancient Caverns of Sonora is located in Sonora city located on the West side of Texas. Let us explore a few amazing things about Sonora of Texas.

The tiny city of Sonora has a population of around 3027 people. Sonora has a size of about 2 square miles [land area].

This magnificent and beautiful city in Western Texas experiences a subtropical climate. One of the most amazing things about Sonora is that it has succeeded both academically and athletically as well.

Growing in both academics and sports is something that everybody should really learn from the compact yet mind-blowing city of Sonora, Texas.

The Sonora Independent School District sets out Sonora as a city. They have contributed to the growth of the city.

You will be amazed to know that the Sonora High School Broncos have won the most number of state football championships in their division – 2A.

Dan Blocker was cast in the NBC television series. He used to be a high school English and drama teacher in the city of Sonora, Texas.

Sonora is home to some of the most prepossessing attractions. The amazing attractions include Eaton Hill Nature Center, Miers House Museum and Old Sonora Ice House Ranch Museum.

These attractions have their own, individual specialty. The Eaton Hill Nature Center provides amazing hikes, whereas the beautiful Old Sonora Ice House Ranch Museum has given people a way to see the legacy of Will Carver.

The founder of The National Speleological Society, Bill Stephenson, called this cave the most incredible one.

The Caverns of Sonora ( National Natural landmark) is just 8 miles in the West of Sonora. This amazing place has guided tours and everything that you need!

Caverns Of Sonora: 4 Amazing Things You Need To Know

The Caverns of Sonora is a popular tourist attraction. This place can also be called the most beautiful cave in the world. This destination’s beauty cannot be exaggerated.

The Caverns of Sonora is famous for mineral formations and is opened to the public of all types. The appreciation of the people visiting the Caverns at Sonora can never be enough to describe how beautiful the cave actually is.

The following are a few things that you must know before visiting the Caverns of Sonora.

1. History And Science Behind  The Caverns Of Sonora

The Caverns of Sonora is an exciting place to visit. This section will bring to your notice – the history and science behind this mind-blocking place.

The Caverns at the West side of the tiny city of Sonora noticed a lot of time after it was actually formed. The Caverns of Sonora formed around 1.5 million years ago!

The date of formation of this magnificent cave itself shows that it has a long drawn history. This history of the cave makes people all around the world excited.

You will be surprised to know that there is a fault in the cave. This fault is positive in a few ways. It is due to this fault that the formation of this place has taken place.

The fault in the Caverns at Sonora allows movement of gases. The movement of these gases helps it to mix with water. After the mixing of water and gases is done, limestone is formed.

This helped information about the cave. This is the science of the Caverns at Sonora!

2. Geographical Significance Of The Magnificent Attraction

This section will be throwing light on an important thing – the location of the Caverns of Sonora and the importance. 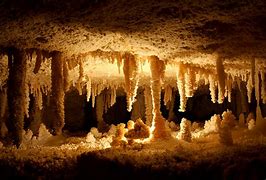 These Caverns at Sonora are one of the most beautiful show caves in this world.

It is located around 25 kilometres on the West of Sonora, Texas. To be very precise, it is on the Southwest of this tiny city.

The beautiful cave is located in a place that marks halfway between the Big Bend National Park and San Antonio.

3. Preservation And Development Of The Historical Caverns 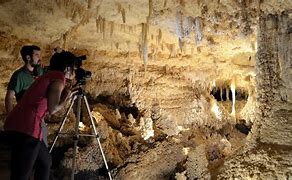 This beautiful cave was known as Mayfield cave. Later, the name changed to Sonora Caverns.

Stanley Mayfield permitted four cavers to work in it. These cavers were from Dallas. They were shocked to discover that the cave was not as small as it looked.

When they kept working in the cave, they got to know that it had another stretch of 11 kilometres.

This cave was significant for Mayfield. There was a steel gate that was built on the entrance of the Caverns of Sonora. This was attached for the cave to be protected.

This location was named several times. It was once known as the Secret cave. This renaming was done many times so that the location safe.

In the coming years, people started finding the cave. People were struck whenever they saw the cave. Its beauty could not be exaggerated!

Jim was one of the members of the NSS. He was one of those many people who were pleasantly surprised with the beauty of this cave. He was a smart man and knew how to develop and protect the Caverns of Sonora.

Jim Papadakis was the one who named it the Caverns of Sonora (because of its location).

Jim realized that there was only one way in which the so-called secret cave could be protected. He wanted the cave to be open to people, as a show cave.

He also introduced some of the best-guided tours in the caverns. These tours are taken seriously. The tourists can go 155 feet deep.

4. Places To Stay And Destinations To Visit Near The Caverns

The caverns of Sonora has some amazing hotels. These hotels have good facilities.

Some of the options for hotels and lodgings around this beautiful destination are:

Some famous attractions that are loved by tourists near this destination are:

Sonora Golf Course is just a few kilometres away from the caverns. This place is amazing and can give you a complete refreshment.

The Eaton Hill is just 15 minutes away from the caverns. It is worth your time and money. This 37-acre landscape gets you closer to nature. There are adventurous hiking trails.

3. San Angelo Near Caverns Of Sonora

This place is one hour away from the Caverns of Sonora. This is an oasis-like region. San Angelo is a good tourist spot and has amazing activities.

There is also a gift shop near Caverns of Sonora. 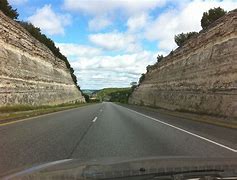 These Caverns at Sonora are not like the other caves. People get confused between caves and caverns many times. A cave is like a cavity that does not receive sunlight in it.

Cavern, on the other hand, is a type of cave. Caves are generally the result of natural factors. Weathering is a major natural factor that helps in the formation of splendid caves.

I bet that not too many people know about such ancient, historical structures. This is because people have started finding subjects like history worthless and spend most of their time on technical things.

Surprisingly, people around the world give so little importance to history that they do not know about so many things that hold historical importance.

Many people who visit caves do not know the meaning of cave bacon too. Cave Bacon is not just a word that is used in finding history but is also used in science sometimes.

It is important to know that history is as important as science. Both subjects are linked.

History helps us know important past events and science helps us to analyze them. History is important too. It shows how the people in the past have lived.

Every historical story teaches us something new and interesting. Most of the times they teach us not to repeat historical mistakes made by great personalities.

History also gives us the meanings of many things.

Thus, we should visit historical and beautiful places like a cave, a national park or an ancient monument.

We learn new things and get time for some relaxation in what nature has given us.

These are the reasons that people should know about the history and give more importance to attractions like the Caverns of Sonora. It is an amazing example of a landmark that holds historical significance.