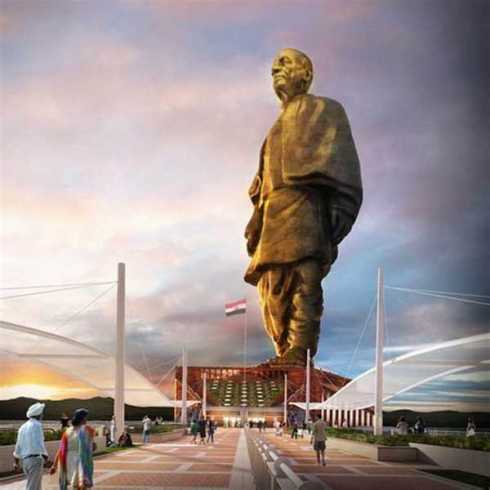 Ever since the government of India planned to build the Statue of Unity, critics have argued as to its usefulness, given how a major part of the country remains in poverty. However, spending on such an engineering marvel does bring some advantages to the country. We will be taking a look at a few of them.

About the Statue of Unity

The project for the establishment of the Statue of Unity was announced in the year 2010, with the Government establishing Sardar Vallabhbhai Patel Rashtriya Ekta Trust (SVPRET).

This fund was specifically set up to undertake the responsibility of funding the Statue. This statue commemorates the 143rd Birth Anniversary of Sardar Vallabhai Patel, who played a key role in India’s Independence movement. Narendra Modi, the Prime Minister of India, inaugurated this statue on October 31st in Gujarat, India.

All About Sardar Vallabhai Patel

Now you would ask, Sardar Vallabhai Patel who?! He was the first Home Minister and Deputy Prime Minister of India. A state barrister, a lawyer, a State Leader of the Indian National Congress, he had become one of the most influential leaders of Gujarat.

Born on 31st October 1875, he has earned the sobriquet ‘Iron Man of India’ for his dire commitment to National Integration. The Government has spent a whooping Rs.3000 crore on this statue, which stands tall at 182 meters, taller than the Statue of Liberty.

Now that we’ve well established the premise, let us look at ways how this Statue will help to improve the revenue for the state of Gujarat –

1. Statue of Unity: Boosts Tourism for the State

Remember the tagline ‘Kabhi Toh aao Gujarat me?’, used by Amitabh Bachchan, the brand ambassador for Gujarat Tourism, to get more people to visit Gujarat? This will surely be a thing of the past now, all thanks to the Statue of Unity. The picturesque locales of Satpura and Vindhyachal hills, with the Narmada River in its proximity only adds to the appeal.

This statue houses a 3-star hotel, shopping center, and a research center in its complex. It also has built-in high-speed elevators that will take you to a height of 400 feet, giving you a panoramic view of the beautiful locales. About 200 people can stand at any point in time on the platform close to the chest of the statue.

Tickets are priced at Rs. 350 per person, with free charges for kids below the age of 3. This includes entry to the observation deck, valley of flowers, the Sardar Patel memorial, museum and audio-visual gallery, the Statue of Unity site, and Sardar Sarovar dam.

Given the attractions and the once in a lifetime experience you get, the price seems reasonable enough. All these facilities surely sum up how the tourism of the state will be boosted as people not only from Gujarat but also from several neighboring states and even foreign countries would visit to have a glimpse of this marvel.

2. Added to a List of Marvelous Man-made structures Created

The Statue of Unity has been added to the list of beautiful man-made structures created in India itself. The Taj Mahal in Agra is also a part of the list. This is surely a proud moment for the state as this would help to boost revenue for the state through tourism but also help to bring India on the global map, as far as famous structures are concerned.

This statue is built upon a commercial complex, housing several attractions and sights for tourists to visit. This would create large scale employment opportunities for the people of the state and thus, help to boost the economy of the country on the whole.

4. Smart Marketing will Boost the Economy

Just as you require smart marketing tactics to take your plan to a successful stage, similarly now that the Statue of Unity is built, it all depends on how well the marketing for this structure is carried out. It is a fact now that the structure has the potential for being one of the most sought after tourist attractions around the world, marketing it well is equally important.

This would help to increase the revenue from the statue even better as a certain amount of curiosity is generated within people who are not that interested in the idea of visiting and looking at a mere statue.

It’s not just the investment, but the returns as well that are equally important. It is estimated that this tourist attraction would take about 2 decades to cover the cost incurred. This makes it even more difficult as the costs incurred are huge and the return period is huge.

However, the jobs and the tourist attractions would account for a major portion of the revenues for the Statue of Unity.

L&T undertook the responsibility of constructing the Statue of Unity in record time. This would surely benefit the company as it has now got included another one of India’s man-made marvels in its repertoire.

Gujarat is known to be a state of business and businessmen. This would surely help the state as several companies could provide their services in the commercial complex, making it easier for people to avail of these facilities, and at the same time, foreign tourists can get a glimpse of Indian companies and the products they have on offer.

This statue can also be marketed as a venue for several international events, which is another way by which the revenue can be boosted for the state. This will help the statue get international media coverage.

It is still extremely early to judge on the performance and returns for the Statue of Unity. Just like any other business plan, it requires lots of patience, investment, and a game-plan for the future. 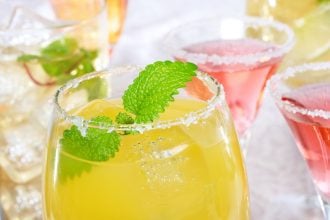