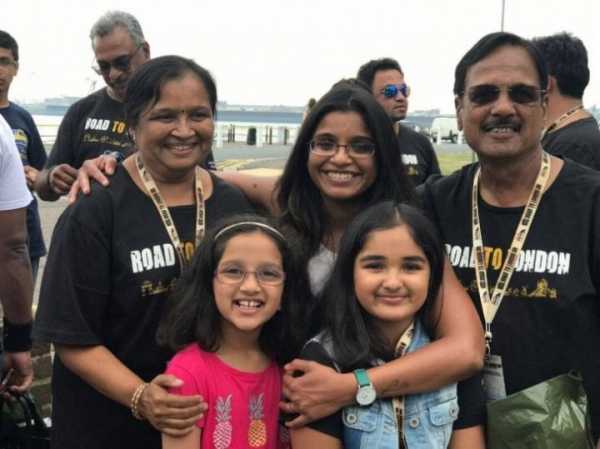 “The woods are lovely, dark and deep. But I have promises to keep, And miles to go before I sleep, And miles to go before I sleep”. Having breakfast in Poland, lunch in Germany and dinner in Belgium, the Baldawa couple from Mumbai seem to have taken these lines by Robert Frost to the next level, giving us serious travel goals and inspiring us to let go of our inhibitions and make our travel plans work.

Making a road trip from Mumbai to London actually happen, the 74 year old Badri Baldawa along with his 64 year old wife and granddaughter who’s 10, embarked on this remarkable journey on 23rd March this year and crossed 19 countries, covering an unbelievable 22200 kilometres in just 72 days in their BMW X5, while we keep on making and postponing our travel plans.

This is surely not the first time that Badri Baldawa, a steel exporter and also a chartered accountant, has made such adventurous trips. He had previously hiked up to one of the base camps of Mount Everest, has journeyed to Antarctica and also has driven along Iceland in 2015 along with Nishi, his granddaughter. They started planning the trip since last year and it was supposed to be from Imphal and then to London via Myanmar, Thailand, Laos, China and Russia. He spoke of how they did not have any other alternate route to drive from Mumbai to London, talking of the impossibility of driving via Pakistan and Afghanistan or even via Tibet because China wouldn’t allow it.

They were joined by 12 other vehicles going the same way, as they reached Imphal. The family has connections with the Indian government and that made things easier as their dinner and stay were arranged by the Indian Embassy. Mr Baldawa stated in one of his accounts, “We are crossing the boundary. It is finally happening. None of us can believe that we are crossing the Indian border in a car.”

Undoubtedly, the road trip was an enriching experience for the family as they travelled through so many countries and witnessed the varying cultures each one had to offer. They also came across the various levels of economic and infrastructural developments as they moved from one country to the other. Talking about their experience, Baldawa says, “ We went in with an assumption  that people in China and Russia are tough and not too welcoming of outsiders, but we were welcomed everywhere.” He also talked about the longest distance that they had covered in a day, an impeccable 930 kilometres from Warsaw to Brussels. According to him, that was the day when the family had breakfast in Warsaw (Poland), lunch in Cologne (Germany) and dinner in Brussels (Belgium), something unthinkable for most of us. Isn’t it? Having completed this remarkable road trip, the couple plans to spread the message that age is actually just a number. Having acknowledged that some problems would always come up when one plans of such a trip, but nevertheless, that should not stop us from going on with the plan, letting go of the inhibitions and anxieties as the trip would definitely be of an immense value to one’s lives.