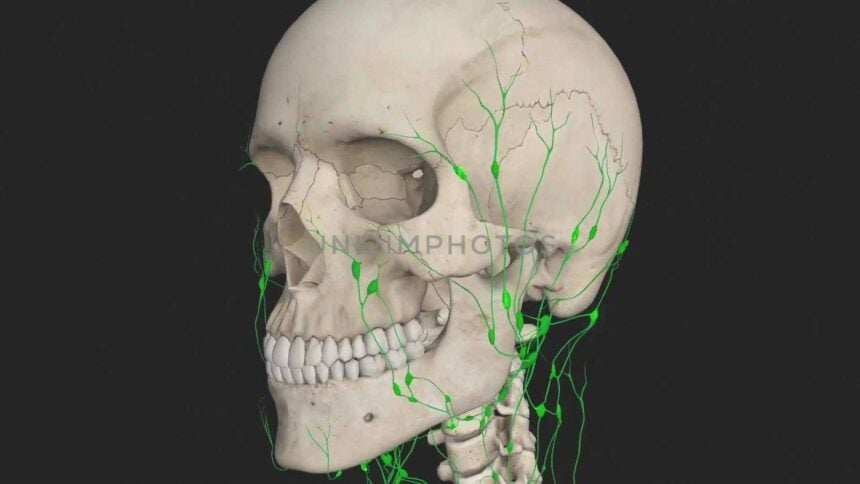 What’s the difference between blood and lymph? This article tells everything; let’s get to know about it.

The human body is an incredible machine. It responds to stimuli, adapts to its environment, and repairs itself when needed. The lymphatic system and blood circulation make this ability to self-regulate and heal. The blood and lymphatic systems are both parts of the circulatory system, which play a vital role in keeping us healthy.

The circulatory system moves fluid throughout the body, supplying our organs with the nutrients they need to stay strong. Blood vessels and lymphatic vessels are two separate but interrelated components that work together to keep us healthy.

Lymph is a colourless fluid that circulates in the body and is part of the immune system. It comprises plasma and lymphocytes, a type of white blood cell, and helps maintain the body’s health. A lymph vessel is a thin tube that carries lymphatic fluid and white blood cells through the lymphatic system. The role of the lymph is to maintain the colourless liquid and the balance of the body, transport digested fats or fat-soluble vitamins, and help remove metabolic wastes from the cells.

• Lymph is important in fighting infection and also helps fight cancer and other diseases.

• Lymph is a colorless and circulatory fluid. It circulates through the lymphatic system, consisting of lymph nodes & vessels.

Everyone has red blood cells. But what is blood? Blood is the liquid that circulates throughout your body, delivering oxygen and nutrients to your organs and tissues and transporting waste materials like lactic acid, urea, and CO2. The main function of the blood is to regulate body temperature and transport nutrients, respiratory gases, and metabolic wastes to their target organs.

2.1. Some of the Vital Roles Blood plays Are:

• Supplying O2 to tissues and body cells and nutrients like amino acids, glucose, and fatty acids. Blood also regulates body temperature and pH. Blood contains pigments that carry oxygen. Roughly 8% of the body weight of a full-grown adult is blood.

• RBCs count is more in the human body and is majorly found in the blood. Red blood cells (RBCs) live for about 120 days but can last up to 180 in ideal conditions.

• The blood capillaries bound all the body’s cells. They are thin-walled structures.

• Researchers have a lot to learn about what makes red blood cells tick, why they’re so important for our bodies, and how we might be able to make them even better than they already are. But here’s what we know about these small but mighty vessels.

3. How do Blood and Lymph Work?

Lymph Blood Relation is as follows –

• The lymphatic system is a chain of tissues and organs that collects, filters, and returns fluid and cellular waste products to the circulatory system.

4. What is the Blood System?

• The blood system is an intricate network that transports nourishment and oxygen to every body part. It also removes cellular waste products and carbon dioxide, which are byproducts of metabolism.

• The blood system functions as an interdependent network that includes the heart, blood vessels, coagulation, and immune systems. Each component plays a vital role in keeping us healthy.

• Blood contains a fluid called plasma, which is about 90% water and 10% dissolved substances. These substances include proteins that help the blood clot, red and white blood cells that transport oxygen and nutrients, hormones and minerals such as iron, calcium, and sodium.

• Blood vessels are connected to organs, such as the heart and lungs, by arteries and veins. The arteries carry blood to the body parts, while the veins carry blood back to the heart. The heart is the central pump that moves blood vessels throughout the body.

5. What is the Lymphatic System?

5.1. Some of the Vital Roles Lymphatic System Plays Are:

• Lymphatic system consists of lymph, lymph nodes, capillaries, and vessels. Lymphatic vessels are smaller than the circulatory system’s blood vessels. They’re also closer to the body’s surface, enabling them to respond quickly to infections and others.

• The lymphatic duct is a network of channels that transports lymph from tissues to blood vessels in the veins. The lymph facilitates the transfer of soluble fats, vitamins, and so on. Moreover, it also returns excessive interstitial fluid or tissue fluid and proteins to the bloodstream.

Both contain fluid called plasma. However, they differ in protein composition, red blood cell content, and the amount and type of substances they carry. Because lymph is produced in tissues and travels in the lymphatic vessels, it does not mix with the blood in the veins.

7. How are the Blood and Lymph Alike?

7.1. The Blood and Lymphatic Systems are Similar in Several Important Ways –

• Both contain the plasma, a fluid that transports nutrients and other substances throughout the body.

• Both are involved with immune and endocrine system function.

• Both are involved with the transport of cellular waste products.

• Both play an important role in any animal body.

8. Difference Between Blood and Lymph

• The blood system is a closed network, always flowing in one direction. The lymphatic system is an open network that moves back and forth between tissues and is a central collecting point.

• The blood system has valves that ensure fluid only flows in one direction, while the lymphatic system does not.

• The blood system is thicker than the lymphatic system.

• The blood system is distributed throughout the entire body, while the lymphatic system is confined mainly to surrounding tissue structures.

• The amalgamation of lymph is similar to blood plasma but is not identical. Also, lymph leaving the lymph node is richer in lymphocytes compared to the blood plasma.

9. Which One is More Important for Health?

• Blood and lymphatic systems have different functions and are equally important for overall health.

• Both are part of the immune system, removing waste and infection-fighting white blood cells from tissues and transporting them back to the blood vessels.

•The blood system is essential for life, while the lymphatic system plays a critical role in maintaining health.

10. Difference Between Blood and Lymph: Conclusion