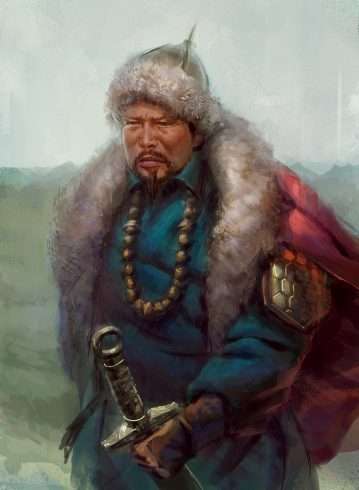 If you look at history, you will be quite surprised to see that so many ruthless, cruel people have become rulers. Or maybe it is their power that demanded them to behave such. Of course, few of them had mental disorders as an excuse for their vile behavior. Throughout history, there have been numerous notorious leaders in every country. Unfortunately, they are so many in numbers that they cannot be reckoned.

Here is the list of 7 leaders who cherished murdering masses and were remembered only for their despicability.

Originally named Temujin, Genghis Khan was born along the banks of the Onon River. In 1206, he was proclaimed the leader of the Mongols, a Chinese tribe. He conquered most of Eurasia, making the Mongol empire the largest contiguous empire in history. He was an excellent military commander, tolerant of different religions, and a wonderful trader. What really shocked people was that he killed his brother for stealing a fish. The sacking of Urgench resulted in the death of over one million civilians in a single day. He killed three-quarters of the population in the Iranian plateau. If his army men were thirsty, they would cut a horse’s vein and drink its blood. How vile is that?

Vlad Tepes was the prince of Wallachia and is notoriously known as Vlad the Impaler, Vlad Dracula. As evident from his name, he loved killing people by the method of impalement. Rough, sharp stakes (he felt that sharpened stakes would kill the victim sooner, diluting his fun!!) were forced gradually into the victims’ bodies, which also included babies impaled from their mother’s chest. He enjoyed killing people by hanging, blinding, stabbing, boiling, burning, skinning, and hacking. He would cut the body parts of people, especially (private parts) women, and preserve them. He relished eating and drinking with the dead bodies stacked around him. He killed around 100,000 people cruelly, including his wife.

Joseph Vissarionovich Stalin was the dictator of the Soviet Union from 1941 until he died in 1953. He started as a Bolshevik revolutionary who led the Russian revolution in 1917. In his endeavor to transform the Soviet Union into an industrial superpower, people were forced to work and starved to death. He signed thousands of people’s death warrants and eliminated the political opposition through a Great Purge, secretly trailing and executing his rivals. In Ukraine, his policies led to famine and killed around 5 million people (these were left to die to depopulate the country!). He tortured and killed scholars and independent people too. His behavior led his wife to commit suicide. He was responsible for the death of 20 to 50 million of his people through massacres, policies, executions, and Gulag camps.

Hitler was the dictator and chancellor of Germany from 1933 till his death in 1945. He joined the German army and became a soldier during the First World War. He took Germany’s surrender personally and assumed Jews to be responsible for their defeat. He decided to eliminate all Jews from Europe and dreamt of gaining world power. He set up concentration camps and impelled all Jews to die there without proper food and sanitation. Hitler even planned on eliminating gypsies, homosexuals, and Slavs. He tried out experiments on people in hospitals which killed 300,000 people. Millions of babies were killed as they did not meet the Nazi-defined perfection. He was known for his infamous mass genocides and was responsible for the deaths of more than 12 million people, 6 million of whom were Jews. Hitler and his wife committed suicide as the Soviet army was closing in on Berlin.

Mao Zedong was a communist leader and founder of the People’s Republic of China. His agenda was to transform China into a powerful and developed nation. However, his policies were too harsh for people to sustain. During his reign, people faced economic disasters, famines, suicides, and terrorism. People were forcefully sent to the labor camps, and children’s fingers were chopped off if they stole food. 5 million people were executed upon his orders. Famines killed about 40 million inhabitants, and around a million committed suicide out of fear. Under his rule, as many as 60 million people lost their lives. This cruel leader died in 1976. Some of his supporters argue that he was responsible for improved education, women empowerment, good healthcare, and infrastructure that shaped China into a world power.

Idi Amin was one of the cruelest rulers in history. He was the military dictator of Uganda from 1971 to 1979 and was responsible for overthrowing the elected government in a military coup. He then declared himself as the president in 1971. He expelled 80,000 Asians (mainly Indians and Pakistanis) from Uganda and tortured and executed thousands of people. As this was not sufficient for him, he aired those executions on television. He enjoyed keeping the pictures of his men brutally killing people by hitting them with sledgehammers. He burned the people alive and offered their heads to crocodiles; around 4,000 people were killed. He ate human flesh and drank human blood. He mutilated his wife and had her limb sewed upside down. Idi Amin tortured and killed around 500,000 people.

He was the Grand Prince of Moscow from 1533 to 1547. Then he became the Czar of Russia in 1547 and ruled till 1584. He is also dubbed as ‘Ivan Grozny’ or ‘Ivan the Terrible.’ He has burned thousands of people in frying pans and enjoyed impaling people. He built a wall around his city to prevent people from escaping. His men would gather 500 to 1000 peasants every day to torture and kill them in front of Ivan and his son. He had a personal torture chamber where he executed people for hours. Women were brutally used as target practices. He killed one of his wives and his son with rage. He died in 1584 playing chess with his friend.

Evil is evil, and no evil is better than the other. For this reason, ranking them in order of their evilness is quite a problem, and I leave this task to you! Have fun.

There are so many eligible leaders for this list, such as Julius Caesar, Qin Shi Huang, Attila the Hun, Empress Wu Zetian, Tamerlane, Elizabeth Bathory, Adolf Eichmann, Maximilien Robespierre, Leopold ll, Vladimir Lenin, Benito Mussolini. Still, we don’t have to discuss all of them!

Also read: Top 10 World Dictators of All The World.