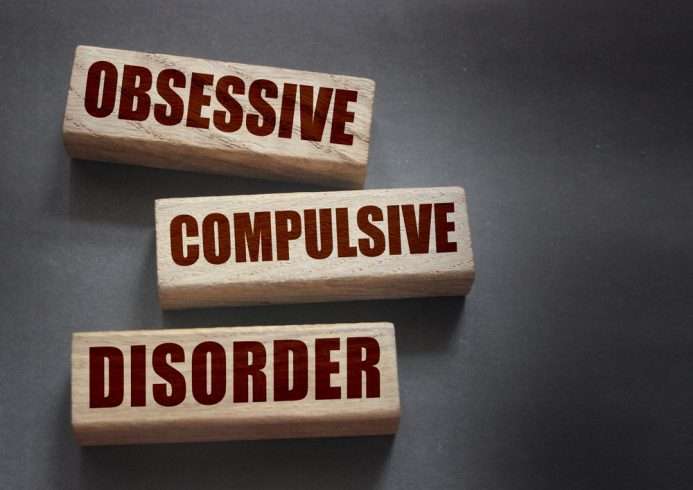 OCD in Teenagers: How does it affect teenagers?

Contents
OCD in Teenagers: How does it affect teenagers?Mental Health Disorders that co-occur along with OCDWhat Are Obsessions and Why Do People Have Them?What Are Compulsions and Why Do They Exist?What Does It Feel Like to Have OCD?Why are only some people affected by OCD?Recognizing OCD SymptomsSymptoms of OCD :What causes Obsessive-compulsive disorder?What is OCD Treatment Like?1. Have a conversation with your teens2. Have your adolescent assessed3. Seek help for your adolescentTypes of Treatment# Individual therapy# Medication# Providing Support and Encouragement to Your ChildWhat should parents do?Disclaimer:

Talk to a parent or an adult in your life if you think you have signs of OCD. To learn more, ask them to assist you in seeing a doctor or mental health specialist for getting treatment.

Mental Health Disorders that co-occur along with OCD

Individuals with OCD are frequently diagnosed with one or more additional psychiatric diseases. The following are the most prevalent co-occurring disorders:

Another psychiatric disease can make it more challenging to treat OCD properly.

What Are Obsessions and Why Do People Have Them?

Obsessions are anxious-inducing intrusive thoughts. They can be fearful of unwanted thoughts about what might happen if something horrible happens. Or ideas about how things should be.

They can be niggling concerns about whether or not things are going well. Or images or ideas about things that appear frightening, nasty, or incorrect.

Germs, injury, harm, or illness, things that appear to be bad, rude, or incorrect, whether things are even, straight, or arranged exactly as they ‘should’ be.

Colours or numbers that appear to be bad, unlucky, or have special meaning whether anything might come true and sometimes elaborate showering routines the teenage years is not too well and neither the school life as adolescent OCD makes you a target of bully among the teens.

What Are Compulsions and Why Do They Exist?

Compulsions are activities that persons with the obsessive-compulsive disorder feel compelled to perform. They’re also known as rites.

Rituals appear to someone with obsessive-compulsive disorder to be a means to stop the thoughts, correct things, be safe, or ensure that awful things don’t happen. Rituals might take the form of physical actions or mental statements.

Here are some ritual examples. Someone who suffers from this mental health illness may feel compelled to:

They believe that if they don’t, something horrible will occur. Rituals initially provide some comfort from negative thoughts and feelings.

However, rituals multiply. They require more time and effort. Worrying ideas keep coming back, and it becomes a form of compulsion.

This is how obsessive-compulsive disorder turns into a stressful situation and a mental illness. The rituals don’t stop OCD; they make it worse.

Worry thoughts and rituals will occupy more than an hour of a person’s day if they have OCD. They may go through the motions of checking, arranging, repairing, erasing, counting, or starting over a number of times to ensure everything is in order.

OCD can manifest itself in many aspects of a person’s life. Getting ready, eating breakfast, and schoolwork appear to be difficult options. OCD can appear as if making a certain decision will prevent a negative outcome. Or that making a different decision would result in a negative outcome.

Someone with OCD may have no idea why they think, feel, or act the way they do. They care about others’ opinions and how others perceive them to be. They may make an effort to conceal their anxieties and rituals.

They may even believe they’re going insane, but they aren’t. OCD can bring this on.

Why are only some people affected by OCD?

Like many other health issues, A person’s genes have a part in whether or not they develop OCD. Genes can influence several brain regions’ chemistry, structure, and function. That is why OCD is so common in families.

These differences cause undesired ideas to become ‘stuck,’ rather than moving on, in those with OCD. OCD develops when someone inherits genes that make it more likely.

Repetitive behaviours and obsessive thoughts paint mental images in young people’s minds. However, OCD persists due to rituals. The more people who perform rituals that are obsessions related, the more severe OCD in teens becomes.

This occurs because our brains get more adept at doing what we practice. In addition, our brains learn to do more of what is rewarded.

Obsessive-compulsive Disorder (OCD) can have a devastating effect on your teen. That’s why it’s critical to understand what to look for and how to spot OCD symptoms.

It’s best to get your teen into treatment as soon as possible. Obsessions and compulsions usually worsen over time if they are not treated.

Suicidal thoughts and actions are linked to various diseases, including OCD. They must never be overlooked.

Don’t dismiss your adolescent’s behaviour as “dramatic” or manipulative. It is necessary to care for their mental health and identify mental health disorders as soon as possible.

Obsessive-Compulsive disorder can be a tiring illness that negatively affects the person’s quality of living.

Because the symptoms of OCD can appear unreasonable or even weird, it’s critical to consider why some kids get the disorder while others do not.

So, according to study studies, various causes induce OCD usually occurs in the early twenties, and the causes of OCD include :

OCD is treated with a sort of cognitive behavioural therapy (CBT). People go to therapy to discuss, learn, and practice skills with a therapist. Some persons with OCD may need to take the medication and therapy.

People may learn through therapy:

However, even when someone with OCD understands this, it’s challenging to quit performing rituals. As a result, treatment teaches abilities such as:

People practice applying these skills in treatment. They face their concerns one by one without resorting to rituals. This can be unsettling at first, but it becomes second nature with repetition.

Worry thoughts can lessen the more persons with OCD oppose rituals. The brain’s activity might alter for the better as the person improves their talents.

Therapy takes time, and how long it takes depends on the individual. Most people see their therapist once or twice a week for a few months or longer. Some people go to therapy more frequently than others.

The therapist will instruct, assist, and encourage you along the way. The mental health professional will frequently work with young adults and parents to remove unwanted thoughts OCD behaviours like excessive checking common compulsions.

When OCD symptoms occur at home, they negatively impact home life, and parents want to know how to best assist their children.

1. Have a conversation with your teens

Tell your teen that you’re concerned about the actions you’ve noticed. Make it clear that you’d like to assist in any manner possible and that you’re available and eager to listen.

If not outright denial, expect a defensive response that something is wrong. They may feel self-conscious about the symptoms they are having.

Avoid all forms of judgement, criticism, and humiliation since these will only worsen. The whole family needs to support adolescents to overcome their compulsions and obsessions, which will help treat the obsessive-compulsive disorder.

2. Have your adolescent assessed

A physical examination can be performed by your teen’s pediatrician or family doctor to rule out any underlying medical concerns that may be contributing to or exacerbating their symptoms.

Because OCD is a complicated illness, you should get them assessed by a psychologist or psychiatrist. Look for a therapist that specializes in children and adolescents and has a lot of expertise with OCD.

A referral or recommendation from your family doctor or pediatrician may be possible.

3. Seek help for your adolescent

Because the symptoms of OCD tend to worsen over time, early management is critical. If your teen’s symptoms are more severe, or if they also have another psychiatric disease, a more extensive degree of treatment for a length of time may be required.

Also known as “talk therapy,” it consists of one-on-one sessions with a therapist. Psychotherapy can help your kid understand their obsessions and compulsions, as well as the underlying issues that are driving them.

One of the most successful therapy methods for OCD is Cognitive Behavioral Therapy (CBT) in the form of Exposure and Response Prevention (ERP).

Exposure-response prevention exposes a person to the things that make them uneasy and teaches them how to cope with their anxiety healthily rather than engaging in the compulsive response.

In the treatment of OCD, medication can be quite helpful. When it comes to treating OCD, research shows that medication combined with therapy is more helpful than medication alone.

The following are the most regularly prescribed OCD medications:

The symptoms of depression, anxiety, and other co-occurring illnesses may also be treated with medication.

# Providing Support and Encouragement to Your Child

As a parent of teens with OCD, one of the most challenging problems you may encounter is figuring out the symptoms and signs of OCD and encouraging and supporting them effectively.

Here are some helpful hints for finding the symptoms and some treatment options:

What should parents do?

Your teen’s OCD will almost certainly affect you at times, through no fault of their own. You might feel frustrated, overwhelmed, powerless, or even hopeless.

As a result, you must look after yourself as well. Among the things that could be beneficial are:

Teens can learn to manage or even overcome their OCD, no matter how hopeless it may appear. Both you and your teen will benefit from remaining cheerful and hopeful.

All the points mentioned in the article are only for educational purposes. It is advised to visit a qualified medical practitioner for advice or treatment regarding obsessive-compulsive disorder or any other mental health disorder.

9 Enlightening Questions with Dr. Aditi Hinge – “Mental Health should be given the same Focus as Physical Health”

All About The Gun Show Columbus Ohio: Your Best Guide [2022] 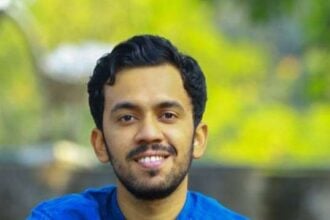 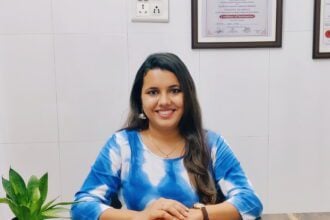 9 Enlightening Questions with Dr. Aditi Hinge – “Mental Health should be given the same Focus as Physical Health” 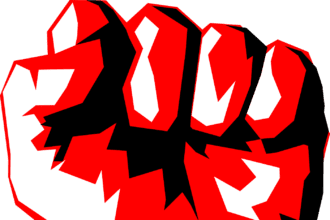 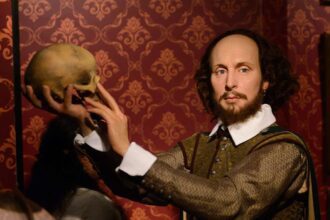