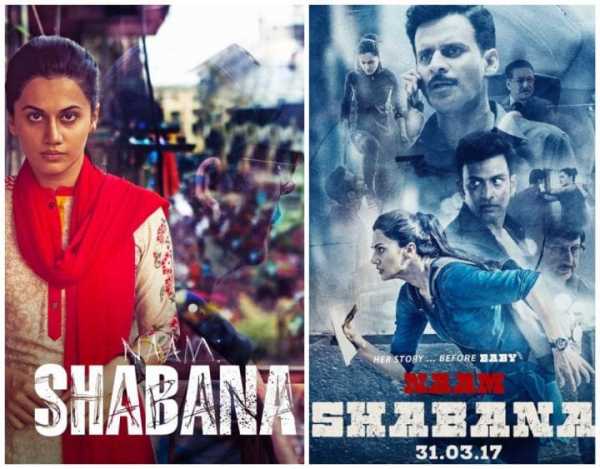 The sequel tradition is more famous than the prequel but slowly movies having prequel are coming out with a more detailed plot that tells us about the happenings before its predecessor movies. In Hollywood, their number is more, however, Bollywood is also approaching a new outlook to filming and stepping into the world of prequels with Naam Shabana.

Naam Shabana – Though in India there is no tradition of prequels but breaking this, India got its first prequel movie Naam Shabana in 2017. It is a spin-off sequel movie to the 2015 film Baby which follows the story of Shabana Khan of becoming a field agent. The cast of Baby once again came together for the movie and was seen reprising their roles. Akshay Kumar was seen in an extended cameo. Rest of the cast includes Manoj Bajpayee, Anupam Kher, Danny Denzongpa and Prithviraj Sukumaran. The prequel idea was later followed in Bahubali 2.

X-Men Origins: Wolverine – One of the biggest franchises of Hollywood, X-Men, also holds the credit of making a prequel. The Wolverine fourth movie of the franchise is a prequel and a spin-off of the X-Men series. The movie shows the life of Logan before he joins the mutant squad. The story focuses on Logan’s relationship with his half-brother Victor Creed and his time with Stryker’s Team X before and after his skeleton was bonded with the indestructible metal, adamantium. The movie also shows Logan’s relationship with former girlfriend Kayla Silverfox whom he later forgets after losing his memory.

Fantastic Beasts And Where To Find Them – Fantastic Beasts is a prequel to Harry Potter series also written by J.K Rowling. The happenings of this films date back to the 1940’s and are set in the wizardry world where Newt Scamander a magizoologist, arrives in New York City with a briefcase full of magical creatures, some of which escape. While rounding them up, he clashes with MACUSA, which is investigating mysterious violent incidents. Fantastic Beasts is mentioned several times as a school textbook in the Harry Potter book series, although Scamander himself does not appear in any of the books.