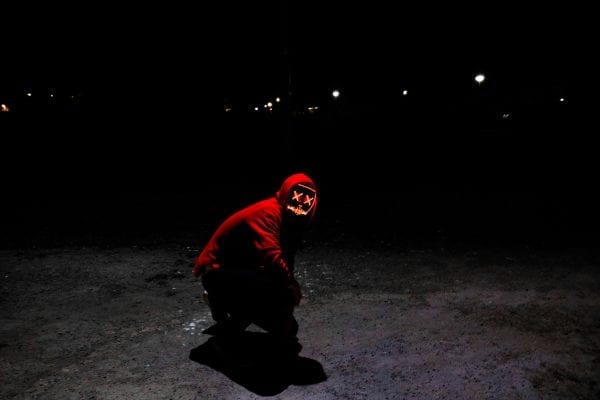 People nowadays watch a lot of horror movies. People love the suspense, the thrill, the startling moments and the adventures in movies that they don’t find anywhere in real life. The most interesting parts of horror movies are the ghosts and the reasons for their existence.

One cannot deny the fact that in some movies the ghost looks so horrifying that we have to look away from the screen at least five times during the whole movie. But the actors often playing these characters are not at all ugly. Instead, they are gorgeous in real life. Surprising. Isn’t it?

Horror Movie Actors Who Are Actually Gorgeous in Real Life

Here are nine horror movie actors who are actually gorgeous in real life.

The 2018 horror movie The Nun was greatly appreciated by the audience because of the lead ghost, the Nun herself. In the movie, the ghost has a horrifying face that anybody would be scared of.

The real face behind that makeup is absolutely gorgeous. The character of the nun was played by the actress Bonnie Aarons who is not at all as horrifying or ugly in real as she was shown in the movie.

Another 2018 horror fiction movie Insidious- The Last Key was greatly appreciated by the audience. The ghost or the spirit named Keyface in the movie was played by Javier Botet.

The character Keyface has a face that would scare anyone out of their wits. No one can even imagine that there is a handsome man behind the makeup of Keyface.

The Autopsy of Jane Doe is a 2016 thriller horror fiction film. Jane Doe is someone whose identity is not known. In the movie, Jane Doe was shown to be very skinny, not-so-beautiful women whose reasons for death wasn’t known.

Jane doe seemed to have flawless skin but with grey eyeballs and no tongue. This character was played the actress Olwen Catherine Kelly who is absolutely beautiful in real life.

Lights Out is a 2016 horror movie. In the movie, the face of the ghost wasn’t shown properly. But the spirit had a horrifying body structure; big head, long arms, long fingers.

The character was played by Alicia Vela-Bailey who is as beautiful as any other actress in the entire film industry.

Slender Man is another horror film of 2018 and was again starred by Javier Botet. This movie was loved by the audience, and some of them even went crazy for the character Slender Man.

But who could have guessed that the Slender Man isn’t that cruel or cold-blooded in real life? Instead, he has a handsome face and great acting skills.

Ghostland is a 2018 horror fiction film. The story is about two sisters. One of them is a writer, and the other is one is suffering from some serious mental illness.

However, it wasn’t clear if she had a mental issue or was possessed by some spirit. The character of the girl with sickness was played by one of the gorgeous actress Taylor Hickson.

The Wicked is a 2013 horror film. The movie is about a witch who kills people of all age groups to stay forever young and beautiful.

In the movie, the witch was showed to be ruthless, cruel and ugly to a great extent. The character of the witch was played by Cassie Keller who is a fine actress and is one of the horror movie actors who are actually gorgeous in real life.

The Howl is a 2015 horror monster movie. This movie is about werewolves who kill people trapped in a train for their survival.

The werewolves in the movie were undoubtedly hideous and horrifying. But the face behind the lead werewolf was Ryan Oliva’s. Ryan Oliva looks absolutely handsome in real life and is a great actor for sure.

Drag Me to Hell is a 2009 supernatural horror movie. The movie is about a young girl and a woman who was more like a wizard or knew some black magic.

The story actually takes a supernatural turn when the woman curses the young girl. The character of the women was shown to be very unpleasant to look at.

But the actress played the character in the movie is one of the horror movie actors who are actually gorgeous in real life.