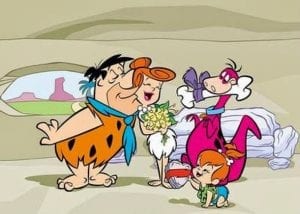 We are a generation that grew up with the best cartoon shows that were ever made. These shows, mostly American, were an integral part of our childhood and made their powerful impact on us. From everyone’s favorite Tom and Jerry, Scooby-Doo, and Powder Puff Girls to Courage the Cowardly Dog and Looney Toons – our childhood was filled with amazing animations that kept us all glued to the tv screen. Even though we have to leave these fantastic cartoons in our past, there is no harm in peeping from time to time and relive those beautiful days once again.

One of these cartoons, one of the classic favorites, was The Flintstones. It’s an animated sitcom that narrated the story of a modern stone-age family. It follows the central characters of the show – The Flintstone family – Fred and Wilma Flintstones and their next-door neighbors and best friends – Barney and Betty Rubbles. The show’s concept was unique because even though the Flintstones and the Rubbles were based in the Stone age, they still had modern technologies like cars and phones but made out of stones.

Even the way the ladies dressed in the show was a fusion of stone age and modern.age. Fred and Wilma had a daughter named Pebbles, and the Rubbles had an adopted son called Bamm-Bamm, who was abnormally strong. This bizarre show also had a dinosaur named Dino- who was a pet of the Flintstones and made a lot of young people of the time believe that dinosaurs and humans shared the same time-frame in the prehistoric era.

The 15 Best Episodes of the Flintstones

The popular show lasted for six years (1960-1966), with 166 episodes spanning over six seasons. This show had its roots in an American sitcom, The Honeymooners, which aired in 1955. The Flintstones was extremely popular during its time, and though it is tough to narrow down only fifteen episodes of this show, after scouring the internet, I gathered the events which seem to be the fan favorites.

This episode of ‘The Flintstones’ remains one of the favorites amongst fans for its emotional value, shows how the childless Rubbles, who always wished for a baby – unequivocally fall in love with the little boy abandoned at their doorstep. Moreover, they discover that the baby is probably the most energetic baby that has ever lived. But trouble starts to brew when the Rubbles try to adopt the baby and find out that he has already been promised to a wealthy businessman.

But later, the businessman finds out that his wife is pregnant, and the Rubbles finally adopt the child as their own and names him Bamm-Bamm. Bamm-Bamm has an adorable friendship with the Flintstones’ child Pebbles. These two get married when they grow up and have twins. But this was the episode where it all started. The emotional element of the story makes it a famous event amongst everyone. 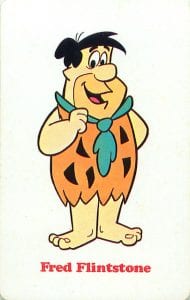 In this hilarious episode, Fred is initially thrilled to accept an offer from a weight reduction commercial. But later, he finds out that his image was used in the ‘Before’ part of the ad. Furious, Fred accepts the challenge to lose 25 pounds in 30 days to win $1000. His diet plan fails miserably until an overeaters group takes him up as a challenge. In a developing body-positive world, this episode might seem problematic, but in those days, this was considered to be one of the classic tropes of comedy- especially sitcoms. The commentary about the growing obsession over thin bodies is exceptional, and this episode ‘The Flintstones’ retains its place as a fan favorite over the ages. 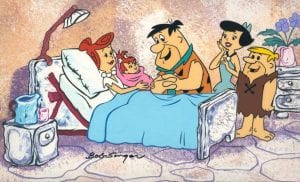 This episode is also one that makes everyone go “Awwww” because, in this episode, Pebbles Flintstone is born. It starts with Fred being nervous over Wilma’s pregnancy, especially when the doctor says that the blessed day could come at any moment. Betty suggests Fred go to the hospital with Wilma and practice for the final day. Everything goes smoothly until the practice becomes real. At the end of the episode, a beautiful little girl is born,  and Fred names her Pebbles. The introduction of this adorable character makes this another fan favorite.

In this episode, Fred forgets to buy an anniversary gift for his wife and, in his haste, buys a Stoneway piano at cut-rate cost. Unbeknownst to Fred, the piano was stolen by the person who sold it to him – 88 Fingers Louie. The police turn up at the Flintstones’ doorstep, and everything seems to go awry. Another popular comedic trope of forgetting anniversaries is used here, and the relatability makes the episode extremely popular. 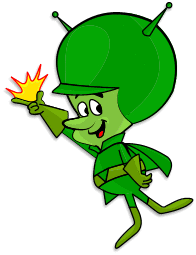 Another short-lived but popular character is introduced in this episode. Fred and Barney meet an extraordinary alien named Gazoo, who came to earth to grant them individual wishes. Things go downhill when Gazoo disappears from a restaurant where he was supposed to pay – forcing the two men to wash dishes there. Gazoo stayed a popular character throughout the last season.

As the name suggests, the episode includes glue – probably more potent than any glue ever known to humankind. Fred accidentally mixes glue to a new soda he is trying to make, but something happens, which leaves both he and Barney glued to a bowling ball, and they are forced to do everything together. The hilarious turn of events that follows this mishap makes it a delightful watch.

A recently unemployed Barney asks Fred to get him a job at the quarry where Fred works. Fred does so, but it backfires when they find out that Barney is the boss, Mr. Slate’s nephew. In an instant, Fred’s friend becomes his boss as he gets a better position at the company. 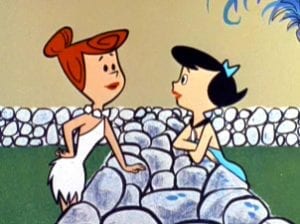 Wilma and Betty argue with their husbands to allow them entry to the all men Water Buffalo Lodge meeting. When the men deny, the ladies dress themselves up as men to gain entry into the session. But after a hilarious and painful initiation ceremony, they decide they should stay home. This episode might come off as a bit misogynistic but was enjoyable for the audience in the sixties nonetheless. It remains one of the most popular events.

With a little magical help from his extra-terrestrial friend Gazoo, Fred Flintstone becomes the boss of his workspace – the quarry, for a day. One day, he gets to see the workspace from Mr. Slate’s perspective and learns that being the boss is not as fun as it seems. The audience laughs at the expense of Fred, who soon learns it is not as harmful to be an employee as he thought.

Due to a bookkeeping error, Fred is the only employee at the quarry not to receive a raise in the mail. A fuming Fred writes a blistering letter to the boss Mr. Slate. When Mr. Slate apologizes for the oversight – a frantic Wilma tries her hardest to retrieve the message. This nail biter is also a favorite amongst the cartoon lovers for its pure comedy.

Fred and Barney go camping without their wives, stating women cannot handle the rough nature as well as men. Angered, Wilma and Betty set up a rival camp nest to their husbands with the help of a witch Samantha, to prove once and for all – women are not weak.

In this episode, Fred takes up a job at a department store to earn some extra money, but he is soon called upon to assist a sick Santa.

When Wilma is pregnant, Fred promises to be a better husband and father. But his patience is tested when Wilma’s mother comes to visit her daughter and stay over.

Fred decides to audition for a barbershop quartet with his friends. The episode is hilarious because Barney can only carry out a tune when he is in the bathtub.

Fred and Barney go fishing and become the victims of the fearsome whalesaurus – Adobe Dick. They get out of the monster’s belly alive by tickling it until it falls asleep. But no one believes them because there is a mishap while clicking a picture.

So, there you go, the list of fifteen most popular episodes of The Flintstones. Although, if you are planning to watch the show, I would suggest you view all the events from the beginning. Since we have a lot of time in our hands now.