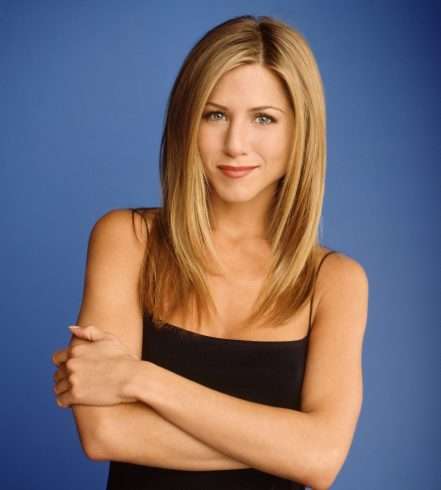 They say that time and tide wait for none. In the case of television and cinema, I am certainly inclined to agree. Film-making has always been a fast-changing, ever-evolving field. Cinema has developed with each passing generation to suit the tastes of the next one.

But the preferences of the youth have morphed with every summer that has passed. Now, winter is coming. No more are we interested in watching the tedious soap operas with female characters whose sole purpose seems to be acting moronic and clueless or wearing more makeup and jewelry than the average woman wears on her wedding day. We want women to relate to, women who inspire us to be the best versions of ourselves. Lady leads with strength and bravery, wit and sarcasm.

Therefore we are bringing for you 7 such female characters from popular English TV series.

The sweetheart of this beloved-to-millions series, Rachel got off on a rocky start. In the beginning, she was spoilt and vain, clueless about the real world, and rather accustomed to taking people and luxuries for granted. Over the remainder of the series, the growth of this character was a joy to behold. Rachel became a cherished friend, a responsible and loving mother, and an accomplished professional sought after by the star companies of the fashion industry.

What she taught us: By carving a niche for herself in the world of fashion after years of waitressing and unappealing jobs, Rachel taught us to make the most of our talents by working hard and never giving up. She taught us that it’s okay to be a little ditzy or vain, as long as you’re a good person at heart. Most importantly, that we can be anything we want to be-even a hat!

If George R. R. Martin ever kills off Arya, the fandom will NEVER forgive him. Arya Stark’s character is a goldmine. In the patriarchal atmosphere of Westeros, where women (both highborn and lowborn) are expected to conform to a certain way of behaving, this fiery 11-year-old wolf-cub fights against gender roles and stereotypes with vengeance. Although at times foolhardy, short-tempered, and dangerously impulsive, Arya makes you fall in love with her dedication to sword fighting and her bravery in the face of imminent death. Seriously, how much more of a bad-ass can a person be?!

What she taught us: That sometimes, to last through a difficult situation, you have to do whatever it takes. She taught us to protect our friends and loved ones. Valar morghulis, Valar dohaeris.

Series and genre: How I Met Your Mother; comedy-drama/romcom

“You son of a beetch.”-Lily

A sweet, caring, and kind soul, Lily is your typical girl-next-door, except she’s not that typical.  An artistically-inclined kindergarten teacher and a supportive wife to her college sweetheart Marshall, Lily showed us what it takes to make a relationship and a marriage work-commitment, compromise, and a whole lot of love. Though she is an uncontrollable shopaholic and a rather meddlesome person, she recognizes her faults and works on them. She is everyone’s confidante, even Barney’s! Who wouldn’t want a BFF like Lilypad?

What she taught us: She taught us that it’s okay to want to get married, have kids, and lead a happy and domestic life, but also to fight to accomplish our goals when the time is right. And if someone displeases you, give them your ‘dead to me’ look!

“I don’t like getting attached to things if I know they won’t last.”-Sara to Michael

Dr. Tancredi is one of the most enduring characters of television. After winning the fight against drug addiction caused by a troubled childhood and an emotionally unavailable father, Sara selflessly takes up a job at the Fox River Prison infirmary. Throughout the series, she stands unwaveringly by her love Michael’s side, braving kidnapping, torture, and persecution in their quest to prove his innocence.

She taught us that we must stand by what is good and right, no matter the consequences. She taught us to face whatever comes without losing hope.

From her perpetually cheerful demeanor, you wouldn’t guess the hardships Martha faced, from being a single mother to struggling to be a success in American theater. Despite having all of her money (which her ultimate leap to fame brought her) stolen by an ex-husband, she never loses her vivacity and zest for life.

What she taught us: How to be a supportive mother and a caring mother-in-law, how to keep pursuing your dreams no matter how old you are, and how falling in love doesn’t have an expiration date.

“Shrink. If you considered going to a shrink, I would pay for it myself. The hospital would hold a bake sale, for God’s sake.” –Cuddy to House

She’s the administrator of Princeton General Hospital and an excellent doctor. She handles the politics and board members with diplomatic ease. She is a great leader and is the one person who can keep somewhat of a check of the eccentric genius, Dr. House. She is the only one to have successfully hired him and not fired him.

She taught us: How to be an independent and kick-ass professional and make life-and-death decisions while bearing responsibility for them. By adopting a daughter and becoming a single mom, she taught us that we don’t have to apologize for doing a good deed that brings us happiness.

“Most people come up against a wall they give up, not you. You don’t let go, and you don’t back down…it’s what makes you extraordinary.”-Castle to Beckett.

Saving the best for the last, this savvy NYPD detective has got it all in spades – beauty, brilliance, and a big heart. She has her fair share of flaws, too – she doesn’t let people in and has quite a few trust issues. It takes her four years and almost dying TWICE to admit her feelings to the love of her life. And yet, her razor-sharp wit, her moments of vulnerability, her adorable quirks, and her fearless pursuit of justice against even the worst of criminals will make you love her just as much as Rick Castle himself does.

What she taught us: She taught us the meaning of friendship and love (all the songs start to make sense) and that justice must be served uncompromisingly to those who mess with the law. Alakazam, jackass!

Which other TV leads do you relate to and love? Let us know in the comments section below! Happy binge-watching! 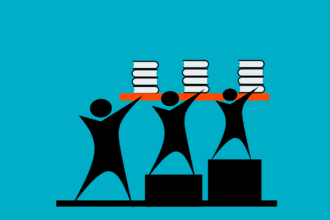