Looney Tunes : The 15 Best Episodes Ever!

Did you love watching Looney Tunes when you were young?

A child’s cultural education is often considered incomplete if they’ve not watched at least one episode of the famed Looney Tunes.

Released in 1930 by Warner Bros., Looney Tunes was a success the moment it hit the screens. It was loved by all, children and adults alike. Looney Tunes is one of the most memorable cartoon series, and it has played a major role in shaping the sense of humour of the people of today’s generation. One can rarely forget what a huge impact these cartoons have had on so many of us.

Looney Tunes had so many amazing episodes, and that’s why it was a really difficult task to pick only 15 out of all of them. However, here is a list of the 15 best episodes from Looney Tunes. Episodes that made our tummies ache with laughter, episodes that most of us still remember vividly. 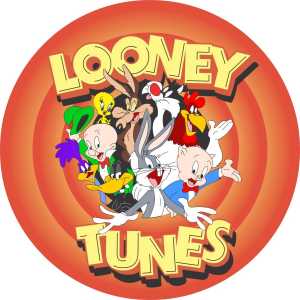 The episode starts with Elmer out on his usual hunt of “wabbits”. This time, he’s hunting Bugs Bunny into the backstage of an Opera House, which is playing “The Barber of Seville”. As Elmer hits the stage, Bugs opens the curtains and takes the lead role of the barber, with Elmer as his customer. Thus, begins Bugs’  games, and he makes sure to give Elmer the grooming he’ll never forget.

This cartoon is a master-class in itself and is the best example of the creativity that we have seen in a cartoon so far. The episode revolves around the short-tempered Daffy Duck, trying his best to keep up with the animator, who doesn’t seem to let him work in peace. Daffy is tortured by an unseen animator, who changes Daffy’s locations, clothes, voice, and shape.

However, what I love the most about this episode is that it doesn’t have a fixed story. This makes Daffy seem more like an actor than an animated character. And the unseen animator? Well, I won’t ruin it for you, but the ending will have you laughing for a long time. This is one of the funniest and most unique cartoons from Warner Bros., and its whole madness earns it the title of “Looney”.

I can only describe this Looney Tunes episode as one of the best parodies ever. The episode follows the latest chapter in Elmer’s fruitless chase of Bugs Bunny – but in Opera. Of course, the ending is a bit sad, but as Bugs stated, “What did you expect in an opera, a happy ending?”

This episode mocks Richard Wagner’s Operas by casting Elmer and Bugs Buggy as lead roles in a parody remake. While the gravity and depth of Wagner’s music remain, it is hilariously done by using the cartoons as leads. The episode is a funny tale and will leave you rolling on the floor out of laughter.

It’s outstanding, and it’s a classic, and it’s hysterical. I doubt anything could top this Looney Tunes episode.

This short has been cited enough times and needs no introduction. The first in the Looney Tunes Hunting Trilogy, Elmer is hunting rabbits, and Daffy Duck tries his best to have Bugs Bunny shot. Bugs do not seem to be too worried about this and outmaneuver Daffy at every turn. Bugs does his best to convince Elmer that it’s duck season and not rabbit season.

This scene also holds a great moment in the voicing history. Daffy and Bugs mimic each other while still maintaining their distinct voices. This episode is definitely on the best Looney Tunes Episodes to watch list because of the ending. Let’s say both, Bugs and Daffy were wrong.

In this classic episode, a construction worker discovers a singing and dancing frog in a cornerstone of an old structure that he is flattening. Immediately, the man’s mind is filled with all the possibilities of becoming rich by using this incredible discovery. However, he soon finds out that the frog only sings for him and croaks for everybody else.

Directed by Chuck Jones, this amazing piece throws all the dialogues out the window, apart from the songs, and is portrayed through the visuals of one big “looney” moment. What makes this one of the best Looney Tunes episodes is the small touches that make up for the small laugh-out-loud moments.

This episode is the final chapter of the Hunting Trilogy mentioned earlier. Like the previous ones, Daffy tries to convince Elmer to shoot Bugs Bunny but ends up getting shot instead. Here, with the Duck Season in full swing, Daffy tries to turn the attention away from himself and towards the rabbit, aka., Bugs.

Bugs is amazing, as always, but Daffy steals the spotlight in this episode. Daffy’s reactions and responses are undoubtedly the best. As the animators come up with new ways and tricks to shoot Daffy, the comedic appeal keeps building until our little duck finally snaps, resulting in one of the funniest meltdowns ever. The episode is quick-paced, has some of the funniest punchlines and is one of the best Looney Tunes Episodes ever.

It is Chuck Jones’ Hunting Trilogy’s second episode. The adventure begins with Daffy putting up signs stating “Rabbit season” to guide Elmer to Bugs. The scene’s foundation is exactly like the others: Daffy tries his best to get Elmer to shoot Bugs but ends up getting shot himself. By playing around with pronouns and dressing up in women’s clothes, Bugs escapes the gun, while Daffy has his beak blown away by Elmer.

This entire episode is about Bugs playing around with words. The funniest piece of this experience is when Daffy calls Bugs out on his “pronoun trouble” and yet ends up getting shot himself. This classic animated episode ends hilariously and will have you laughing for hours.

In this chapter, Duck Dodgers goes out in search of a rare element called Illudium Phosdex, also known as “the shaving cream atom.” As Dodgers reaches planet X with Porky Pig and is about to claim the element for Earth, Marvin the Martian arrives and claims the element for his own planet, Mars.

The fight that follows between Dodgers and Marvin ends up destroying the planet. The remaining area is claimed by Daffy, which is barely large enough for him to stand upon. This episode portrays the classic fights between characters in a cartoon. Fights that include bombs and guns.

The scene when Daffy gets shot is hilarious, and Porky’s comebacks are always fun to watch. A classic masterpiece that will leave you laughing out loud.

In this Looney Tunes episode, a rocket is placed over Bugs’ hole while he is asleep. He climbs on the ship and finds himself in space, where he runs into Marvin the Martian. Marvin has finished his laboratory research and is about to destroy Earth. Then begins the tackle where Bugs takes off with the Modulator which Marvin has built. Marvin starts a chase along with other Martians to get the modulator from Bugs.

This scene was one of the best performances of Marvin the Martian. The whole “10,000 Instant Martians – just add water” gag will never cease to be funny. This chapter is one of Looney Tunes’ best episodes. The ending will leave you in stitches.

This list would be incomplete without our beloved Tweety and Sylvester. In this scene, Sylvester tries to give up his addiction to birds and joins Birds Anonymous, a spoof of “Alcoholics Anonymous”. At first, he feels confident about getting rid of his addiction, but later, we see him losing control. The head of the organization stops him every time he comes close to devouring Tweety.

What makes this episode one of the best is the punchline, but don’t worry, I won’t ruin it for you by giving away spoilers. “Birds Anonymous” is a real classic of ingenuity and skill, which turns Sylvester from a “Bad old Pussycat” to a Crazy old Pussycat.

If you dont remember, this is the first episode where we saw Wile E. Coyote and the Road Runner for the first time. It set the pace for the entire series after that.

It is funny to witness how Coyote always gets defeated. If you want to see the perfect example of “not giving up” even when it gets you nowhere around the goal, this series is it for you.

This episode is as funky and witty as Bugs. It starts with Bugs singing and playing the Banjo while sitting on a hillside. A big, blond-haired opera singer named Giovanni Jones in a nearby house is rehearsing for his performance. He absent-mindedly starts singing along in opera style with Bugs after overhearing him.

After this, he gets angry and goes over to Bugs and breaks his Banjo into two and sticks Bugs’ neck into it. “Music hater,” says Bugs, which is ironic. After the same incident happens twice, Bugs says, “Of course you know, this means war!”

This episode will have you laughing from start to end with Bugs witty and ironic comments, his master plans and the ideocracy of others. It’s among the best Looney Tunes episodes for sure.

This Looney Tunes episode is as adorable as it can get! It portrays the best possible relationship between a bulldog named Mark Anthony and a cute little stray Kitty.

It starts with the Kitty coming out from a can and Mark rushing after it and barking. Mark is surprised when his barks don’t affect the little kitten. She purrs and climbs up on his back and prepares to nestle herself in his fur. Mark instantly falls in love with this little sleeping Kitty and decides to adopt her! He takes her home and tries his best to hide it from his owner.

This entire episode is so wholesome that it fills you with love and keeps you giggling and smiling the whole time! But the end especially will leave you in awe, which is what makes it one of the best Looney Tunes episodes.

This Looney Tunes short shows Bugs Bunny once again making that “wrong turn at Albuquerque”. He ends up at a bullring, where a huge bull makes the toreador run for his life. The bull throws Bugs off the arena, provoking him to declare, “Of course you realize, this means war!” After that, it’s nothing but Bugs and the bull taking turns having a go at each other.

The funniest scene of this episode is the part where Bugs slaps the bull repeatedly. The ending will leave you on the edge of your seat, so hold on! The expressions, the movements, everything adds to the humour, making this one of the best Looney Tunes episodes.

This episode showcases yet another performance by Bugs and Daffy, but Bugs receives all the applause. Of course, this makes Daffy very jealous, and he challenges Bugs to perform his part of the act. We know quite well how Daffy can get all competitive out of jealousy. Well, Daffy’s jealousy gives us the best comedy in this episode. The rest of the part consists of Daffy either failing at his act or trying and failing at making Bugs’ act fail.

This episode is a classic masterpiece of competition turned comedy. Keeping it fast-paced, the rising anger and jealousy of Daffy never cease to amuse us.

Well, that’s not all, folks! Cutting this list to only 15 episodes has been a nearly impossible task to do. I’ve excluded a lot of classic favourites. Let us know your top 10 Looney Tunes episodes in the comments and why I should add them to this list! 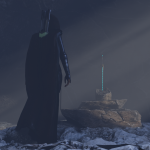