Did you know that our brain can filter what we hear? This is known as the Cocktail Party Effect. It enables us to listen to our friends talk in a crowded, noisy party. Again, it enables us to totally block out someone and listen to something else. That can help one evade a boring conversation. It is a form of aural eavesdropping. All the sounds enter our ears and the left side of our brain filters out the rest and processes the information of one particular sound. Why does it choose that one particular sound? Because we want to hear that. It’s upon us to decide. 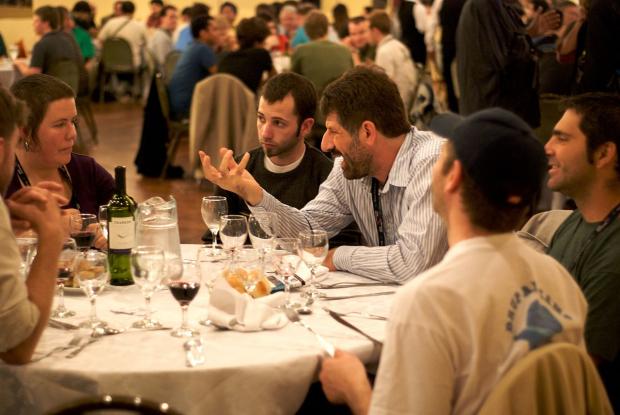 Colin Cherry of Imperial College, London conducted a study on this. He played two different messages voiced by the same person, simultaneously. He asked the participants to separate the two voices and shadow out one of them. He asked them to speak out loud and later, write down what the voice they perceived was saying. For doing this, the participants had to close their eyes and concentrate hard. The task is difficult, yet possible. The participants couldn’t separate the messages when they consisted of nonsensible sentences.

In the second experiment, Cherry arranged it so that one message could be heard from the left ear while another from the right ear. Again, the speaker would be the same. The participants accurately shifted their attention back and forth between the two messages. The task was easy enough, and they didn’t have to concentrate so hard to differentiate between the two messages. 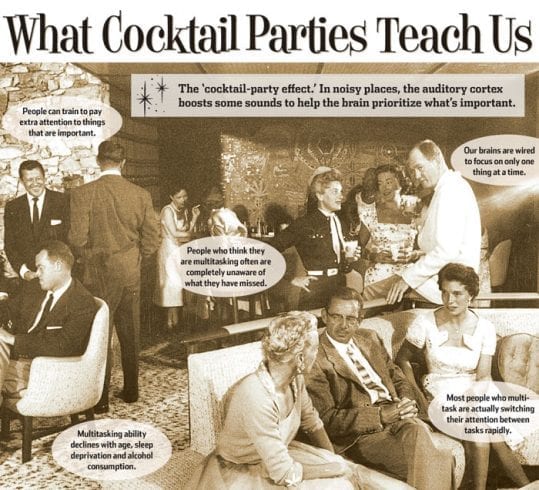 This is exactly what people face in noisy areas as the sounds come from various directions. We can easily isolate the sound we want to hear and focus on it. This can be harmful to those who have the habit of tuning out sounds when they get bored by a conversation. Studies have found that when people tune out a sound, they cannot even make out when the language is changed, or the message is played backward. The only time people notice is when the gender of the voice changes.

For those with hearing impairments, the Cocktail Party Effect reduces and they face difficulties in differentiating between noise and the sound they need to hear. Research is being carried out to find a solution to this problem.