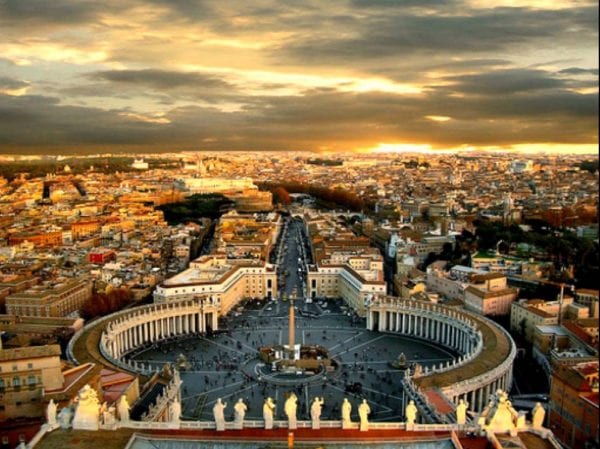 A man comes out of the palace in Indus Valley carrying princess Diana in his hands. He was running, but the guards caught him. He was accused of kidnapping the princess and so he was presented before the king where he was ordered to be hanged till death. He was hanged the next morning and his wife was burnt too. They were searching for the couple’s son Draco, but Draco managed to flee away.

Draco was running hard. Suddenly he was stopped by an old figure carrying a spear in his hand. The old man was Brutus. He asked the boy to come along with him. Draco gave his consent and they both went to an old fort.
(The fort was different, made of red sandstone with tall pillars and three figureheads mounted on them with ear to ear, guns on their faces as though smiling at humanity.)

They went inside and Brutus told the boy how he was turned out by the selfish king. He also said that he would help him to take revenge on the king. Brutus was carrying an extraordinary spear in his hand. On the top of the spear, there were two deadly figures of the head. It contained space for three. One was unoccupied.

In the meantime, at the king’s palace, there was great hustle and bustle. King Alpheus was worried. He was sitting on a throne in his chamber.

The priest entered the chamber and says, “My Lord, Princess has some magical powers inside herself. Either these powers can be used to save the world or to destroy it too. I think some evils are trying to capture these powers. My majesty, there is no need to worry. Nobody will be able to touch her in coming years, but you should be careful. Princess has to go through a dreadful time for some time.”

On hearing this, the king was relieved and astonished. Time passed, and Princess Diana was brought up under care and sympathy. On the other hand, Draco was trained by Brutus to take revenge.

Now Princess Diana was going to turn twenty in two days. It was a matter of double treat for her. The grand celebration of the Indus Valley Civilization was going to happen eight days after her birthday.

She went to the lake along with her friends. When she was enjoying herself near the lake, five magical creatures attacked her. They were able to kill the bodyguards and now it was the turn of the princess. They were about to attack her when they were interrupted by Prince Allan. He took out his sword and killed four of them. The last one ran away from the scene in Indus Valley.

The priest told him that now the time for destruction has come. The king ordered more security for the princess. Prince Allan was the fiancé of the princess, who was going to marry her after ten days on the sacred occasion of the grand celebration.

One man who managed to flee away was facing his boss. His boss was the same old figure carrying a spear in his hand. He was Brutus.

He said, “I know that you could not have done this. But I want a princess at any cost to fulfill my aim which is to dominate the Indus Valley Civilization. Nobody can stop me.”

(Draco entered the scene. He was a lad of twenty-one years having a muscular body. He had long hair and dressed like a soldier. Brutus introduced Draco to the man who was his commander in chief.)

Trios were in the meeting hall in Indus Valley. The silence was interrupted by the commander in chief.

He said, “Sir, how will we be able to get to the princess? It seems impossible for us.”

Brutus said, “I waited for fifteen years and you are saying it’s impossible. We will take revenge.”

He told them about his plan.

He continued, “I will turn Draco into the most powerful man of the world. To complete my purpose, I need 125kg gold.”

“How we will get it?” Draco asked.

Brutus replied, “We will rob the gold from a ship near to dockyard. That day will be the occasion of the princess’ birthday. It will be a golden opportunity for us. All the people will be gathered at ‘Great Bath’. First of all, we will burn the granaries to divert their attention. In the meantime, Draco with his troop will rob my gold.”

While in the Indus Valley Civilization, the king was talking with the priest about a serious matter.

The priest said, “My Lord, the time has come. Next ten days are very much dangerous for princess. Beware; she is the source of divine power.”

King told the priest that he had never seen anything magical from Diana.

Priest said, “When she will come to know about her powers, she can save the whole world.”

King was surprised again. He left the room and went to the balcony in confusion.

The next day came. It was the biggest occasion for the princess. She was greeted by the King, Queen, and Prince Allan. Everybody was waiting for the evening. Brutus too was waiting for that evening. It was the time for the execution of his plan. In the evening, the whole crowd gathered at Great Bath (holy place) to celebrate the princess’s birthday.

Everybody was cheering. The King performed “pooja” and then people started dancing for entertainment. But their happiness turned into sorrow when they saw the granaries catching fire. They all rushed there to extinguish the fire. It was the biggest jolt to the king. On the other hand, Draco along with fellow members looted gold from the ship. It was the biggest setback for the king. He became financially poor.

Everything was going on in accordance with Brutus. Brutus called Draco and commander-in-chief in his room.

Brutus said, “It is the biggest triumph for us. Now I will be converting Draco into a powerful man. He will become so much power that he can handle hundreds of men easily.”

Brutus went inside and came after some time carrying a cup in his hand. Cup contained homogeneous mixture of liquids. He gave that cup to Draco. Draco drank that mixture and converted into powerful man.

King replied, “Son, don’t worry. Though recent activities have created a climate of terror, we will cope with it.”

King refused to postpone the date.

Diana went to meet priest. Priest said, “You are the gift of god. God made you for the development of the good world. You have magical powers. These powers should be used for the welfare of society. But if these powers go in wrong hands, it will destroy the whole world. In that case there is only one way to save the world”.

He whispered something in Diana ears and both parted.

One day was left for the Grand celebration. Commander-in-chief entered Brutus’s room and asked him about his plan.

He asked, “Sir, May I know why you want the princess so badly?”

Brutus replied, “Stupid, you do not know princess has some powers. She is the strongest person in the world. Well, it goes like this; I always wanted to rule the Indus Valley Civilization. My spear has two deadly figures on its top. But the third one is missing. I have it also. It is a broken piece. It can be attached only by the powers of the princess’s will extract power from her body. Once my spear is reactivated, I will make the whole empire my slave”.

He continued, “15 years ago. I kidnapped Draco and in return asked his father to kidnap the princess. He failed, but I never lost hope. I collected a lot of powers in 15 years. I have become powerful. I will rule that empire. Ha ha ha…”

Day for the Indus Valley grand celebration came. King was very happy. There was a lot of excitement among people. A huge crowd gathered in the evening at the grand bath.

Everything went in accordance with the workers of the king in Indus Valley. He performed holy Yagya and presented gifts to the mother goddess. He asked Diana and Allan to come forward. No sooner did they move to the platform than Draco along with the commander chief arrived.

After killing all the soldiers, he carried Diana in his hand and handed her to commander in chief. Soldiers tried to stop Draco but in vain. He was unstoppable and was killing everybody. Allan moves forward to confront Draco. In the meantime, the commander-in-chief ran away carrying the princess. On the other hand, nobody was able to stop Draco.

The commander-in-chief went to Brutus’ fort. He handed the princess to Brutus. Brutus tied her hands and legs with rope. He pointed his spear towards the princess and started chanting some ‘mantras’. He extracted out all her powers. His spear became active again.

He said to the princess, “Now, I have become the most powerful person on the earth. I will make everyone my slave by this spear.” saying this he vanished along with the princess.

Allan found it very difficult to stop Draco. He made a new plan and asked his three hundred soldiers to weave the circle around Draco. Draco became helpless and started yelling for help. Brutus appeared at the site with the princess. Draco asked Brutus to help him but Brutus refused.

He told him the whole story. He also told him how he used Draco for purpose as a puppet. On hearing this Draco threw his sword at Brutus but in vain. Now it was the turn for a big fight between Brutus and Draco. Draco used all his powers to beat Brutus.

He was offended by Brutus’ spear every time. Suddenly, beam came out from the spear and it peered straight inside Draco stomach. He died on the spot. Now it was turn for Allan and king to stop Brutus. They made several strategies to kill Brutus but failed.

Brutus stopped and said, “Stop fighting you fools. No one can stop me. You can’t stand before my spear. Now I will be converting you all into my slaves.”

He pointed his spear at the sky.

In between the princess stood up and said, “My dear people, would you like to be slave to this wizard or sacrifice your lives? This is the only way to defeat him.”

The crowd roared, “We will sacrifice our lives for human and society welfare.”

When the princess heard this, she chanted some magical words. The storm overpowered the habitation with its strong gusts and mounts of sand so much that the monstrous storm engulfed the entire land and buried it in its grave of non-existence stifled and suffocated.

In this way the Indus Valley Civilization became extinct. They sacrifice their lives for the sake of the victory of good over evil.

Posted by Vandit
Follow:
Hello Everyone! I am Vandit Rastogi. Just another Computer Science Engineer with nothing much to tell about myself. But yes, I can say that, I love to explore new possibilities in life and try to help others in any way if possible. I am always keen in learning new things. All in all, I am pragmatic but not gullible.
Leave a comment Leave a comment