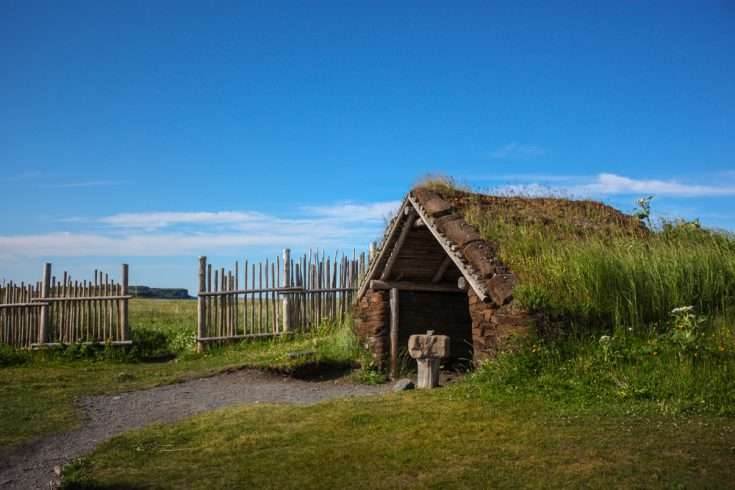 “Lies in the midst of mother earth, the mysteries never solved, the cities have never seen, the civilizations that still haunts like a phantom, many more still lay hidden, until the truth finds its way, opening the doors to ancient knowledge, to the ancient creatures, to world’s lost civilizations through the largest archaeological sites!”

We live, we die, and we are forgotten; our culture, our traditions are turned to the pages of history, but then we have the power to explore many civilizations like ours through archaeology.

I present to you the five largest archaeological sites in the world!

Vikings, the word strikes a chord with the animated movie ‘How to train your dragon,’ right? Here’s the fact: they were for real! Vikings were the first civilization with the generic water vessels that traveled through the seas, beating Columbus!

There are pieces of evidence about the Viking Settlement in the year c.AD 1000. The Vikings from this civilization are believed to have sailed to North America long before Columbus in 1492.

Norwegians Helge and Anne Ingstad, who were husband and wife, excavated this site based on a clerical narration of a Vinland (which means the vineland). This got them digging into the site of the Vikings. The very thought of sailing the oceans back then, roughly about 6000 years ago, is an exemplary attempt by civilization.

The pre-historic phase is noted for its sophistication and its role in understanding astronomy back in the ages. It is known that the people studied astronomy and constructed the city concerning the complex celestial patterns throughout the desert. It is also proved that the city dealt with cosmology and astronomy like no other civilization as their constructions and roads are all patterned to celestial bodies.

The amazing city opened up the magnificent structures of the pre-historic world. It also consists of famous pyramids such as the Pyramid of the Sun. This is the world’s third-tallest pyramid which is 75 m (246 ft).

It is a tourist place known for its huge structures that make humans seem insignificant in front of its massiveness. Along with this, there is a showcase of the art and sculptures made in the forgotten Era.

We are familiar with the Mayan civilization, those who could foresee the future, and who are known to have followed a very accurate Mayan calendar. This calendar even contained a premonition of the world’s end!

Well, this is the Mayan city dating back to AD 250-900. This once small village evolved into the largest city of the Mayan classic era. It is known as one of the largest archaeological sites located in the rein-forests. All that remains now are the ruins of the politically, economically, and spiritually strong Mayan Civilizations.

In 1979, it was declared as a UNESCO world heritage site.

At the heart of the city were the funerary pyramids and the great plaza used for ceremonies back then.

The next archaeological site has an animatedly cute name. However, it is located high in the mountain region of the Andes (about 2430 mts above the sea level in Peru), right above the Urubamba river valley.

This magnificent mind-blowing structure was built by the Incan civilizations dating back to c.AD 1450.

It is a lodestone for the complex building structures of temples, baths, and residences, probably known for the royal retreat to nature. But how wrong were we as there was evidence that these intriguing structures had dry-stone walls that fuse huge blocks bereft of mortars? It is still a mystery that haunts the archaeologists, like a phantom, for its amazing ruins.

Some places are still buried, waiting to be explored. These places give us the best idea of the pre-historic times and when it all started! Visiting these places will add value to its worth and beauty!