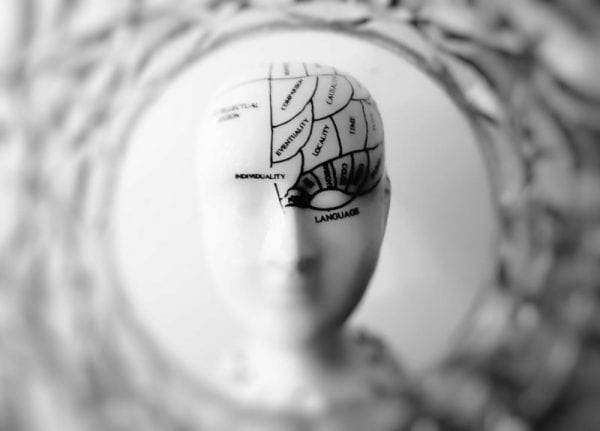 Have you ever wondered why a person behaves in a certain way? Why you tend to assume things or situations which are far from your concern? Why are there a few things in your behavior that you know are not right but you continue doing them semi-consciously? Human Psychological facts hold the answer to all such wonderings.

A social psychologist or any psychologist’s work is to conduct a study and survey of the human mind and behavior to come to some necessary conclusions. These general conclusions derived are the psychological facts of human behavior. These facts help an expert to know about the mental health state of an individual.

A few psychological facts depicting how a human brain reacts and behaves can be known here. Cognitive psychology reveals it all. You sure are going to get a striking realization about some weird behavior you did in the past.

1. The Scarier, the Happier!

A horror movie, prank calling a crush, a roller-coaster ride, cliff jumping, and there are so many other activities that you fear! You would have experienced that doing these things made you happier. Well, it is one of the psychological facts that the things you find scary are going to result in making you more content.

This is due to the sudden adrenaline rush, which increases the flow of blood in your body, and you feel the energy to do anything at the moment. 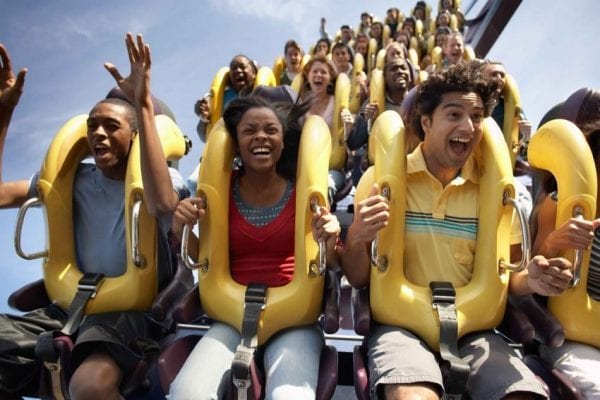 2. You Do Not Declare the Things You Want the Most

We all have experienced that our goals keep on changing in life. In lower standards, we would be telling everyone about becoming a doctor, then an I.A.S., then a C.A., and whatnot. But, we are unable to achieve the goals which we have told people.

The psychological facts suggest that by announcing your goals, you lose motivation and become less likely to succeed. And so only, we often observe us not speaking about something, we dearly want to achieve consciously or subconsciously. 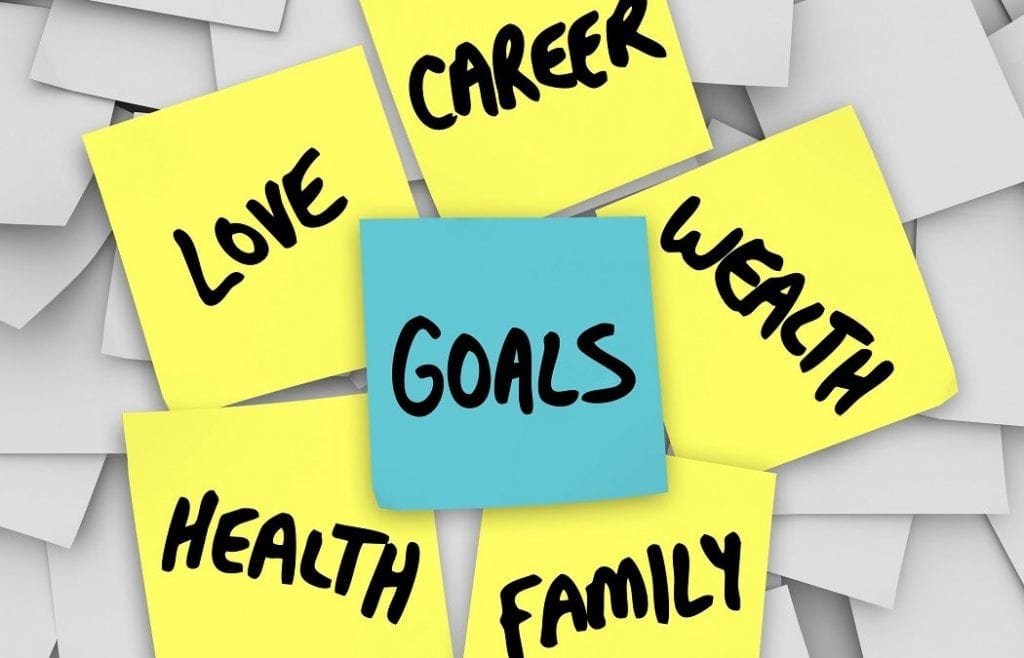 If you would have been lonely for a whole day even at your home without any social interaction, then at the end of the day, you would be feeling heavy in head and also physically tired. This is due to a psychological fact that a longer duration of staying lonely is just as equal to smoking 15 cigarettes in a day.

It can be very harmful to your mental health as well as physical health. 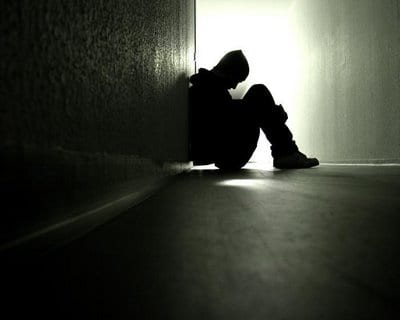 Often, you would have found yourself being confused about being in a relationship or not. The psychological facts of human behavior suggest that when we are single, we will notice how happy the other couples are surrounding us. And in a relationship, we tend to see the happiness and carefreeness of the singles around us. And this cycle never stops and drives us crazy!

5. Spending for Others, A Big Yes!

Looking back to our behavior, we can remember that we would not have bought a specific thing for ourselves, but if some dear one had asked for it, we would have readily bought it in a snap. That’s one of the psychological facts!

We are very much willing to spend on others, sometimes even more than our budget, as it gives us more happiness. We might not be that eager and quick to take out a penny from our pocket for our self. 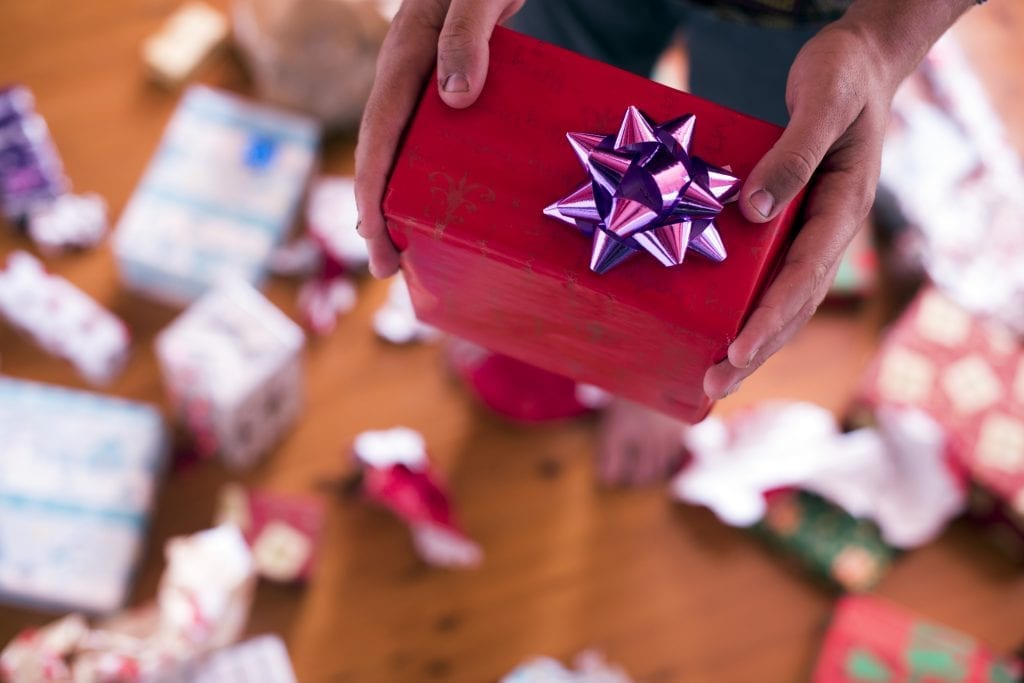 Well, the psychological facts say that around 70% of our dreams reflect our deepest desires and hides secret messages. This happens because, during sleep, our brain gets time to sort the thoughts and feelings of the entire day, and in that process, it reflects more meaning to us in dreams. 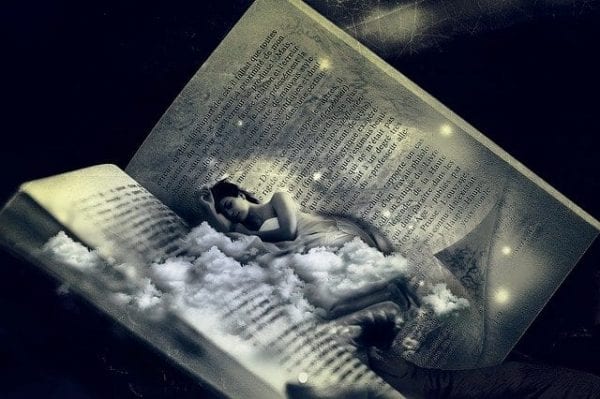 Dreams are a topic about which we always wonder. If you are more interested in knowing about the facts of dreams, just click here and get some of your answers.

Ever played truth and dare game with your crush, and at the end of it, realized that you spilled so many secrets which you wouldn’t usually? Do not worry if you have because you are not crazy. It is just one of the psychological facts that you cannot lie to a person you are attracted to. Even if you wish to lie, your brain will find it impossible to do so. 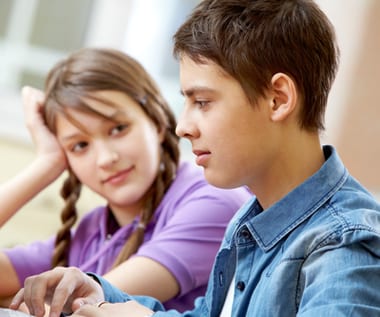 To know more interesting facts about love and crushes, binge on to this video and understand the reasons for your weird blushes.

8. Dressing Up Lifts Your Mood

This is no hidden truth that you must have dressed up just to click a few pictures at home, once in a while. That doesn’t mean you are a fashionista or you like to dress up. The psychological facts have a piece of evidence that your dressing is connected to your mood.

So, coming out of sweats and P.J.s and changing to something colorful or the one which gives vibes, can lift your mood and make you happy. 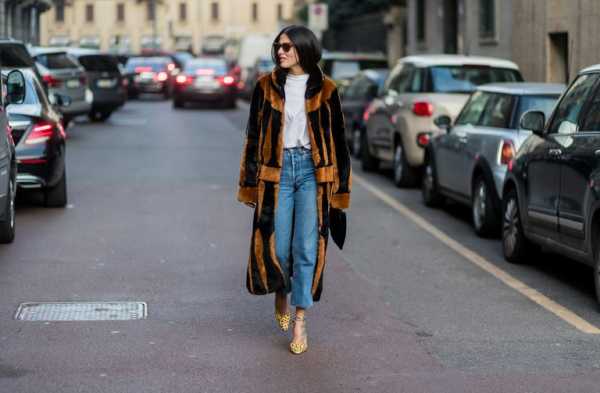 9. Eating in a Restaurant Feels Relaxing

Even if we are cooking something with the same ingredients and recipe as that of a restaurant, it doesn’t taste as good as the restaurant. That’s because we are around that recipe and ingredients and smell! By the time we cook it at home, our excitement fades.

While in a restaurant, we adore and see the dish only after it is entirely ready to dig in. Also, ‘Mother’s Cooked Food’ is tastier due to the psychological facts. 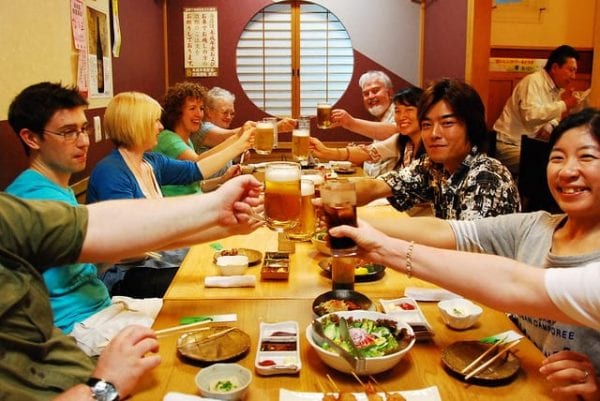 10. Some Beliefs Cannot Be Changed

There are times when we believe something like ‘All bad things are happening with me only,’ ‘Nobody understands me well,’ ‘Everyone I love leaves me eventually.’ We know how absurd all these beliefs are, but we cannot stop believing them.

The psychological facts suggest that we are going to believe what we believe even if it is completely wrong, unintentionally. We might want to change it, but we are helpless.

11. The Obsession Over Something

Are you hooked up on that dress which you cannot afford to buy? Or keep thinking about having a boyfriend, a beautiful house, a cute pet? The psychological facts highlight that we are bound to obsess over something which we are in short of or cannot have.

That’s the reason a person on a diet would keep looking at food pictures, and a person wanting a pet dog keeps posting the cute dog pictures.

To get to know more psychological facts about human behavior, click here.

12. The stupidity of Men Around Women

It’s nothing new that a guy’s behavior gets weird around girls. The presence of pretty women or the woman a man adores can light up the stupidity in a man, says psychological facts. So, next time if you see a guy being panicky, sweaty, weird around you, know that either he finds you very pretty or is attracted to you. 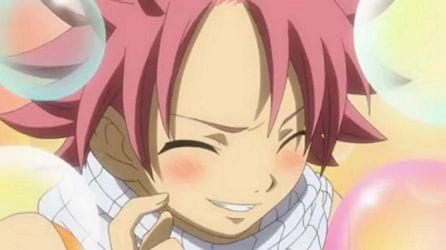 The psychological facts about human behavior very well suggest that we become very carefree about the work whose deadline is far off. Instead, we keep on doing the works which are to be completed as early as possible, even if it is unimportant.

That is the reason why students are always hurrying the last night before an assignment submission, or an employee is rumbling the entire night, making a presentation. 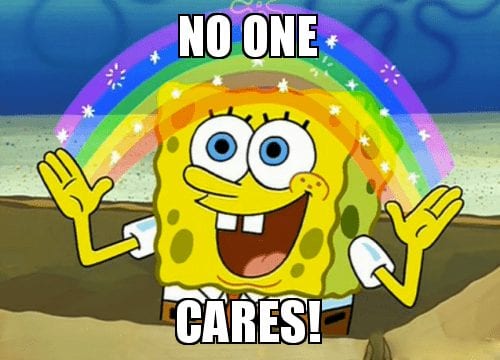 14. A Wide Range of Options to Choose From, but Confused About What to Pick!

The psychological facts say that a human wants a large variety of options to choose from but mostly cannot pick from it. The more the variety, the less the decision power. You always would have got confused regarding what to order looking at a restaurant’s menu and realized that deciding what to eat, took more time than actually eating it.

Also, if while shopping, you’re presented with too many options, you are likely to go home empty-handed. 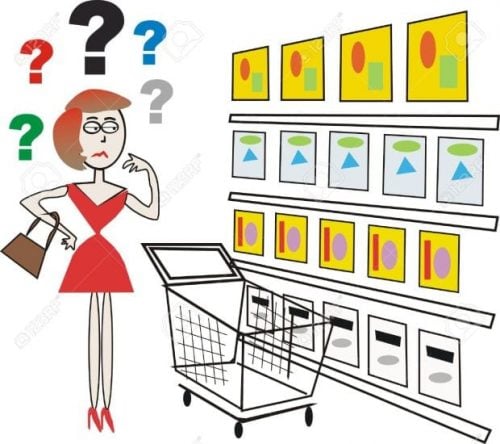 15. The More the Problems, The Better the Pieces of Advice

You would have come across at least one of your single friend who gives the best advice about relationships. Or you would’ve known a person whose social behavior is very appealing and advising.

Well, one of the psychological facts tells us that the ones who are very renowned as advisers or mature people to go for insight when problems strikes are the ones possessing and facing the most problems in life. Their mental health is so used to the issues that they get very casual and can easily influence people to help them come out of their problems.

16. Your Liking Defines Your Texting/Writing Speed

You would be quickly completing the test or assignment of the subject you like the most. Your texting speed increases rapidly if you are gossiping about something interesting to you.

It also increases if you like the person you are chatting with on social media. Our words flow out very quickly if we are writing on a topic we love the most. It is due to one of the psychological facts that our speed of texting increases with someone or something we like the most. 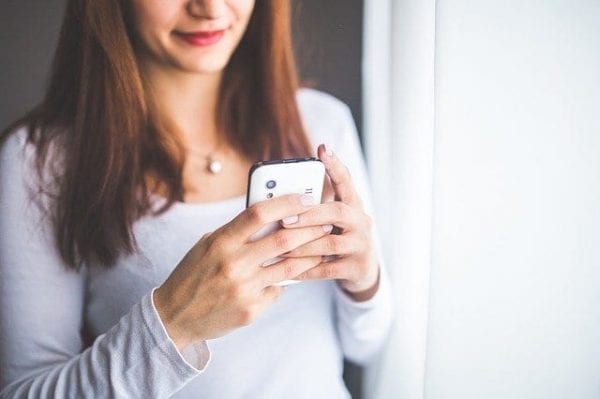 17. Frustration and Over Reaction

There are times when we get irritated even by someone just calling out our name. We react to the most straightforward question of ‘How was your day’ or ‘what did you have for dinner?’. This overreaction happens due to frustration.

When even a baby pulling your skirt or a puppy trying to come on your lap irks you, you are frustrated. At that moment, you are capable enough of throwing or squeezing anything that comes in your hand. This is just one of the psychological facts of human behavior. 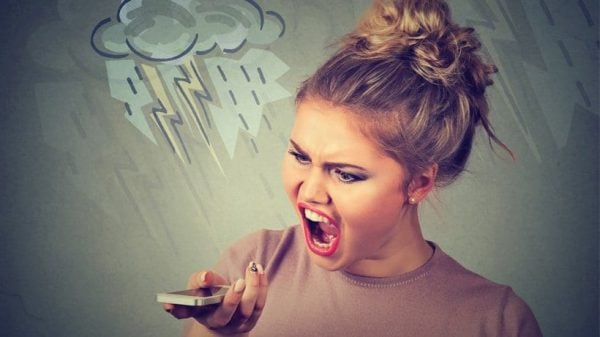 18. We Become Quiet Around Certain People

We often find ourselves quiet around some social group or a new group of people. Our social behavior gets affected. Our mouth cannot find words more than okay, fine, sure, or thankyou around certain people.

Don’t worry, you’re not becoming shy or are introvert.

It’s just that the human brain doesn’t feel that the people you are surrounded with are ready to understand and register your thoughts. The psychological facts enlighten that our throat seems to be choked when our brain feels so and we are not ready for the social interaction.

19. Hiding the Feelings, Makes Them Stronger

If you are hiding any feelings regarding guilt, surprise, hate, or love for any specific person, the chances are of those feelings increasing. When the other person doesn’t know what’s going on inside your head regarding them, you start becoming either very restless or very quiet around that person.

The thoughts and feelings which you have hidden inside keep on getting stronger to the edge, and soon your head would be exploding with that feeling. So only, we are always told to share our feelings and emotions with at least someone or just scribble them down.

20. Marriage With a Friend Lasts Longer

It is one of the well-observed psychological facts that marrying a friend or a best friend reduced the chances of getting a divorce by 70%. You would have always adored the movies or series where best friends turn into the best couple of the show like Chandler Bing and Monica Geller from F.R.I.E.N.D.S. 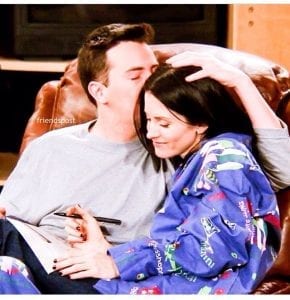 The possibility of such a marriage lasting a lifetime is stronger because the best friends already know about flaws, negativity bias, weakness of each other, and still choose to be friends. That’s what is needed in a marriage—complete acceptance and understanding. So, no doubt, the chances are more psychologically also.

Interesting, isn’t it? There are so many other psychological facts about human behavior that have the capability to amaze us. Even our favorite songs are our favorite because our mind has attached some emotional or sentimental moment with it. It is strange but the feeling of getting hurt by someone can give the physical effects of actually being injured.

The psychological facts are like a great unknown ocean. The deeper we dig into it, the more variety and strangeness we come across. These give us assurance about some of our nonsense behavior, which would have made us believe that we are going insane. But, it’s all psychology of human behavior.