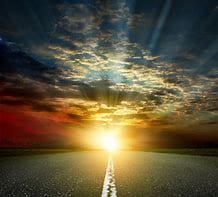 As the great Mahatma Gandhi said to the world, “Do or Die”, life is always a do or die situation. Every moment and every second count. It decides our present and our present actions decide our future. Life is not always easy. It is different for each and everyone living in this world.

Everybody struggles with their own hardships and hurdles. These hardships are the defining factors of one’s life. They shape a person into what they are. They always come unexpected and leave an unchangeable mark in our lives.

Our daily lives are filled with inspirational stories about hard times. Hard times a person go through serve as the root cause for their motivation and inspiration in their life. Their stories never fail to amaze and inspire millions of people.

The inspirational stories about hard times which are discussed below are some of the hard wrenching and extremely motivating stories picked from all around the world. They are stories that teach life lessons like hard work, perseverance, optimism, hope, and kindness.

Here are the top 5 inspirational stories about hard times from all around the world. 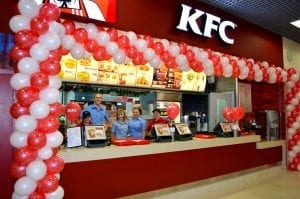 If I say that we are all fans of the delicious food at the KFC’s, it would still be true. Such is the popularity and taste of the fried chicken at the KFC restaurants. It stands as the second-largest restaurant chain in the world after McDonald’s.

The story of how KFC has achieved its name, fame, and reach is a great inspiration. The man behind this great success has gone through several hard times throughout his life. His story tells us that success will knock the door at any point in our lives and it is never too late.

Colonel Harland Sanders is the man behind the Kentucky Fried Chicken (KFC). H e has failed umpteen times before he established this lip-smacking fried chicken. Colonel Harland left his education at his seventh grade. At the age of 40, he decided to start his own restaurant but failed miserably.

The Great Depression and many other factors provided hindrance to his attempts. He discovered the recipe of pressure fried chicken pieces which are different from the usual deep-fried chicken. Sander’s recipe uses 11 special herbs and spices for the chicken.

He launched his franchise after 1009 failed attempts at a restaurant in Utah. Soon the recipe reached millions of hearts through their taste as they say the food is the way to a person’s heart. In the middle of the 1960s, Kentucky Fried Chicken grew into a chain of restaurants in different countries like Canada, the United Kingdom, Mexico, and Jamaica.

Colonel Harland Sanders established the headquarters of his franchise in Louisville, Kentucky later. Today, his face is known throughout the world as the logo of KFC. His estimated fortune is about 2 million dollars.

Colonel Harland Sanders is an embodiment of perseverance. His story sets an example to never give up and it’s never too late for success to come to our doorstep.

Moral: This inspirational story about hard times tells us that it can be never too late to try, fail, and succeed in life.

Inspirational stories are created from hard times. The world collectively experienced hard times during the world wars 1 and 2. There are several stories of survivors of these wars and stories of fighters who fought till their last breathe and left a long-lasting impression in the world.

World War 2 has specifically been one of the darkest times of the world where millions of people lost their lives and suffered cruelty. The German Holocaust is one such brutally tragic act of the world war 2 which killed millions of innocent lives. This inspirational story is about a little boy who survived the terrible holocaust and achieved great heights later.

In our list of inspirational stories about hard times Leon Leyson was just a 9-year-old boy when Germany invaded Poland in 1939. He and his family were captured and sent to a Ghetto in Krakow, Poland. They faced immense hardships over there and his entire family was killed.

Leon managed to escape the mass killings and deportation to concentration camps. Both his brothers were killed in the holocaust. He became the youngest of all the workers in the holocaust later.

Schindler, an industrialist saved him in the name of an essential worker for his industry. Schindler has been a savior for Leon. He doubled Leon’s rations as he was extremely weak and suffered from hunger and poverty. Leon was short that he had to stand on a box to work on the machinery. But Leon never gave up.

After the tragic war, Leon stayed in a displaced camp in Germany for 3 years. Then he moved to the United States in 1949. There he served in the US Army when the Korean war happened.

He later completed his masters in education and served as an industrial arts teacher at a Californian high school for 39 years. After the movie, Schindler’s list got released in 1993, Leon began public speaking in the United States and Canada about the tragic holocaust incident.

In an interview at Portland Oreganion in 1997, he said that he did not live in the shadow of the Holocaust. He said he gave his child Ren a legacy of freedom and taught no fear.

Leon Leyson’s story is a great example of survival. He never gave up and always kept trying. He has faced several tragedies in his life but he kept moving forward. This inspirational story about hard times tells us to keep moving forward.

Moral: Keep going forward and show your progress to the world, no matter how much the world puts you down.

This inspirational story about hard times is about a girl who battled her fears, her death and become an inspiration for people around the world.

Melissa Fokkema was 17 years old when the tragedy struck her life. She woke up to a normal cold on one morning in October 2005. The cold slowly developed into a weird feeling and numbness in her legs. One fine morning, Melissa’s mother and sister found purple-brown bruises on her legs and immediately to her to the hospital.

Melissa was diagnosed with a rare disease called meningococcal disease. It is the fastest killing bacterial disease in the world. She was baffled at her condition as her family was. But she never lost hope. She consoled her family and was brave.

She was put into a drug-induced coma by the doctors. She was left in between life and death. Her family prayed for her and hoped she would come back to normalcy. She did wake up from a coma but the disease ravaged her body to the worst.

Melissa had her hands and legs amputated. She went through several operations including skin grafts.  Physiotherapists and operational therapists worked on straightening her body. There was a lot of pain but she endured with utmost confidence and braveness.

She was treated in the hospital for nine months. She was discharged with prosthetic legs, hook-like hand replacement, muscle-activated hand for another arm. These replacements never stopped Melissa from doing what she wanted to do.

Melissa learned to coo, type, apply make-up, work a digital camera, and even play the keyboard. In 2007, she even acquired a special driver’s license by learning to drive a car modified to her needs. She later pursued education to become a primary school teacher. She was employed at the same childcare center where she was first admitted when she became ill.

She worked as a health promotion officer at the Amanda Young Foundation (AYF). Her story inspired millions of hearts. People who know her consider her as the most positive, inspirational, and upbeat woman they know in their lives.

Julie Fokkema, her mother wrote to the Amanda Young Foundation newsletter in October 2008 that Being alive is the biggest gift of life. Through Melissa, she learned the lesson to appreciate life at every moment. It is indeed a great lesson for all of us.

Moral: Never lose hope and positivity during hard times. A tiny ray of hope that can lead to the light of our lives is the value learned from this inspirational story about hard times.

The famous writer J.K.Rowling who wrote the famous Harry Potter series has been through a lot of struggles in the past before she published the series. Her inspirational story about hard times is a life lesson for many. Poverty is the worst disease in the world, they say. J.K.Rowling has undergone terrible conditions of poverty and struggled in other aspects of life as well.

She suffered from clinical depression and contemplated suicide because of her failed marriage. She was left jobless with a dependent child. She has seen life in its worst. She signed for the government aid provided by Great Britain as poverty hit her livelihood very hard.

She only had a home and everything else that made her survive was provided from the government aid. In 1990, a four hour delayed train trip from Manchester to London gave her an idea that changed her life.

The idea was about the adventures of a young boy attending a school of wizardry. In 1995, she finished the entire manuscript on an old manual typewriter. She was filled with hope. She believed in her hard work and that it will help her find her purpose in life.

She approached 12 publishing houses but she was rejected. She didn’t lose hope as she had already seen the worst. Editor Barry Cunningham from Bloomsbury publication house advised her to get a day job as she won’t be able to get enough money from a children’s book.

Today, J.K.Rowling is one of the best-selling living authors in the world. She is the 12th richest woman in the United Kingdom. The book Harry Potter sold 400 million copies and was even made into a movie series that is loved by people all around the world.

Watch the story of J..Rowling below:

5 Narayanan Krishnan- Being Humble and Kind

It reminds us to be grounded and give back to society when we are privileged than the majority of people in this world.

Narayanan Krishnan was an award-winning chef at the Taj hotels Bangalore, India. He was very content with his life and happy about the heights he attained in his life with all the money and fame.

As we all know, life gives a jolt at a very unexpected time. Narayanan also had to go through such a jolt that turned his life upside down. One fine morning in the year 2002, when Narayanan was waiting at a traffic signal in Madurai, his native town, he witnessed an old man who was mentally ill eating his own feces out of poverty.

Such a scene would strike a chord for anybody. Narayanan Krishnan was visibly shaken and he stopped his car mid-way to puke. The old man depicted the grave reality of poverty and how worse it could bring a person to.

Narayanan was emotionally traumatized at the incident and he started questioning the ways of life. After several days of deep thinking, he quit his well-paying job and began feeding the homeless and mentally disabled people in his home town.

He started an exclusive NGO called Akshaya Trust Organization for this purpose in 2003. He feeds about 452 indigent and elderly people every day. He also gives them haircuts, shaves, and baths at regular intervals to give them dignity.

He was listed in the top 10 amongst the CNN heroes’ 2010 list. His life story has also been depicted in a 2012 Malayalam language film called, “Ustad Hotel”.

Narayanan Krishnan’s inspirational story about hard times teaches us the value of being grounded and returning our gratitude to society. 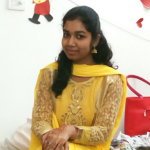