We have all seen flags in our lives signifying different things- be it the armed forces, sexual identity, or even corporate flags. But the one topping them all is a national flag.

Talking about national flags, we have all seen the American flag and know it stands for hardiness, purity, vigilance, etc. But have you seen a black American flag? If yes, do you have an idea about what it means?

Fret not; here in this article, we’ll be going over multiple questions and the flag’s significance.

📌 What Does the Black American Flag Mean:

Somewhere in the 18th Century, the American black flags were introduced as a symbol of defence. As of now, the flag does not have a fixed definition.

During wars, the enemy forces typically used black flags to signify they won’t bow down. The phrase “no quarter will be given” has been widely associated with the flag, meaning the enemy combatants would rather be killed than taken prisoner. However, this definition seems to have no clear association with the flag these days. In these times, it is also used to show the firm beliefs of the people!

When the American Civil War broke out between 1861 – 1865, it also marked the beginning of the black American flag. We have all seen the use of white flags by the soldiers for surrendering. However, the American soldiers used the black flags, making it concrete that they would not surrender but rather kill any enemy combatants.

Since then, like we just read, it has been hoisted in the present as a symbol of the public’s firm dedication to a belief (whatever it might be) and how they will not back down from it.

📌 Did the Confederacy Create the Black American Flags?

First and foremost, to answer the question, no, the black American flag wasn’t created with the confederacy during the Civil War. They were surely flown but as a symbol of piracy. It did not initially originate with the historical importance that it is given now.

In a talk with Linda Barnickel, it was learned that the black flags were indeed flown during the war, but they weren’t American.

In the 18th Century, the black flag became widely recognized as a symbol of piracy. It was highly unlikely for the Confederates to fly it. The black flag came to mean “no quarter given.”

Though the Confederates did fly black flags, it is falsely claimed that they were flown for the first time in the American Civil War. They were flown hundreds of years ago by the pirates.

Peter Ansoff later uncovered that the monochromatic black flags started popping up in 1955 when artist Jasper Johns painted them and sold them. Whatever the flag meant to Jasper, people had their meanings and opinions regarding it. Ansoff concluded that the people combined two of these historical instances.

As per Ansoff, it is common that different flags can mean different things to different people. And so, it is safe to say that the Civil War had nothing to do with creating “no quarter” flags.

📌 How Is the Black American Flag Different from The Original One?

The regular American flag comprises 3 different colours- red, blue, and white. There are 7 red and 6 white stripes, making 13 on the flag. These 13 stripes represent the original 13 colonies of America. The flag also has 50 stars on it, representing a total of 50 of their states.

The colour red means hardiness and valor, and the colour white represents purity and innocence. Then there is the colour blue signifying vigilance, perseverance, and justice. Quite a positive and well-thought-out representation.

In contrast, there is the black flag. Even this variation has 2 more variations inside of it. The all-black representation of the American flag in which the stripes and the stars become almost indistinguishable. This is the one used during wars. And then there is the black and white one where the blue and red colours have been taken over.

Keep on reading further to know about more such variations!

📌 Have You Observed Someone Flying a Black American Flag? Why Did They Do So?

One fine day, say the 2021 elections, you went out for some air and saw your neighbor flying the black American flag. Yes, that’s correct, the elections.

The 2021 American elections observed a rise in the hoisting of the black flag in support of Trump. Rallies and protests were already wild and loud. They even made a prior announcement about an attack on the Capitol and did not back down; they did end up going along with it. Nonwhite people, Muslims, etc., were seen as the “real America” opponents. They wanted to get even with these enemies and turned into violent citizens. This event was surely something out of a history book as it is nothing short of war.

And hence, the said black American flags were hoisted up, just like in history, to revolt against these non-supporters; it implied their willingness to use lethal violence if their will was to be defied.

The flag in this event was said to have been used as a threat by the “patriots” against their so-called opponents. If you saw someone use it around this time, you now know what is happening.

📌 Is It Legal to Fly Non-Traditional Flags?

Technically, it is not allowed to change the colour scheme of the traditional flag, but the rules have relaxed in recent years. One can fly these flags as long as they are flown below the traditional one.

📌 How Many Variations Are There?

There’s quite a handful of variations of the flag. Buckle up, fellas!

Following are the different variations of the American national flag:

Have you seen the edgy red and black flag? It stands for punk rock music!

The U.S. music band Bad Religion, of the same genre, showcases this flag on the cover of their album “The Empire strikes first.”

This design replaced the white with red and swapped the blue and red of the original flag with black.

Now, if you ever see someone hoisting a red and black flag, you have got yourselves a punk rock lover!

This design is associated with ecological campaigners. So, a person flying these colours supports environmental efforts.

The blue field of the flag remains the same. The red stripes have been swapped with green and the white remains intact.

Trees are important to the environment, and this is a fun way to showcase your support!

In Washington D.C. in 2015, the black and grey flag was flown, commemorating the 20th anniversary of the Million Man March. Organized by Louis Farrakhan around the National Mall, this historic event was surely a memorable one as it brought many black men in Washington to gather on 16th October 1995.

This march has political significance as it was meant to promote African American unity. The number of gatherers ranged from 400,000 to 1.1 million in number. This is ranked as one of the largest gatherings in history.

This flag design replaces the blue and red with black and grey.

This one design, purely for aesthetics, has no significant meaning. The red and blue regions of the flag have been replaced with purple.

Paramount Flag Co. sold this design in the 1970s-1980s. It was created in honour of the book “The Stars and The Stripes,” published in 1973. The book lists down different variations of the American Flag over 200 years.

The edges of the stripes have heavy stitching, making them look incredibly white. It is considered the first official all-white variant. However, artist Jasper Johns is said to hold the flag’s first appearance in 1955.

To this date, it does not have a specific meaning. In history, it was used by the enemy forces as the “give no quarter” flag.

Most of these designs are entirely black, meaning the stars and the stripes become indistinguishable. And for this very reason, the military uses it to show respect to the nation without drawing attention to the bright colours.

The Paramount Flag Co. sold another design where the blue, white, and red were swapped with orange, black and green. It was created to commemorate the 1969 anti-war Moratorium Marches.

Flag or not, nation or none, if an individual cannot respect each and every citizen despite their caste, creed, religion, or identity, such things will never come in handy. One must remember that a building cannot be built without a strong foundation. 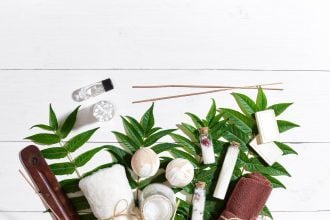 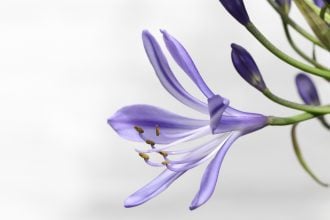