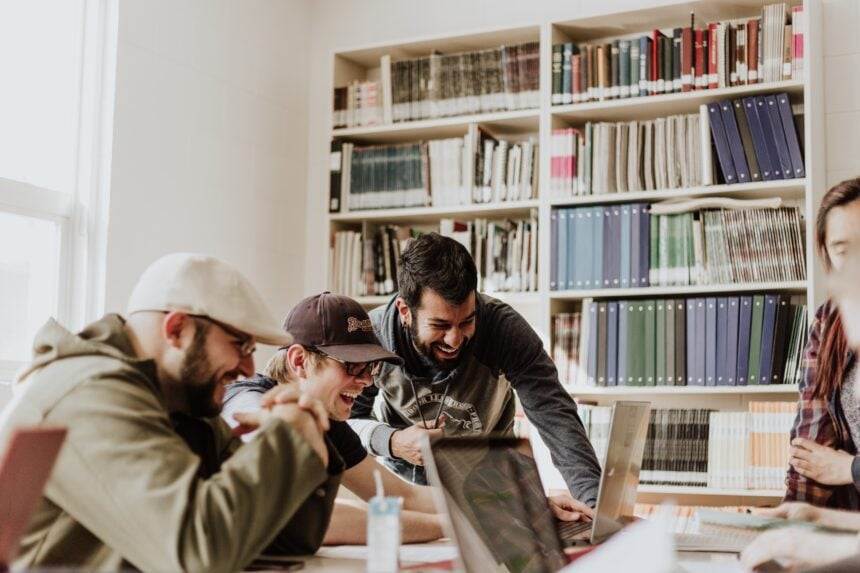 Education from times immemorial is considered ever-evolving and engaging. It benefits the learners so much that it develops their personality and makes them self-sufficient and growing. This nature of systematic instruction at the school and university level led to the development of a new branch of education; this is what is Liberal arts.

Liberal arts have classical Greek roots. Greeks in those days were considered educated if and only if they had a wide array of specific skills like grammar, geometry or music. It was then they were deemed to be apt for public life. It may sound like jacks of all trade and master of none for some! But these diversified areas led to the development of all intellectual minds.

2. What is Liberal Arts Education?

Liberal art is a combination of ‘liberal‘ and ‘arts‘. Both the terms ‘Liberal‘ and ‘Arts‘ have their origin in Latin, where the former comes from “liberalis”, meaning free from restraint and later from “ars”, meaning skill or craft.

Thus it can be said that liberal arts education is diversified education where the learner is at liberty to acquire a specific set of skills and break the tyranny of learning a particular subject in a degree program.

A Word of Caution

There are two different areas about college degrees and how the course is compiled in these degree programs.

For example, education in liberal arts like philosophy covers intensive or extensive study leading you to the three-year degree program; on the other hand, liberal arts education provides depth and breadth of the subject. This four-year college program covers the depth in one or two years of study, and bridging it with another topic simultaneously covers the extent.

Liberal arts studies are not new, as mentioned above.

Together, the three enable one to master, more specifically, the tongue and language skills.

Quadrivium enables one to master mathematical skills. During the medical period, especially in Greece, it was believed if these seven liberal arts were procured, humans were all set to serve others by encouraging others and challenging themselves.

In the fast-changing and ever-emerging societal needs, the fear of becoming obsolete is not fake. The need of the hour is either continuous up-gradation of the subject you are master in or imbibe the varied array of skills and subject knowledge that proves you to be the right peg in the right hole in different job scenarios.

This is what is liberal arts program all about. It is a degree course that offers many subjects under the three different heading major, minors and foundation.

You can choose two or three subjects as a major and later do masters in any of these.

Note The list is not limited. The colleges and universities have ample to offer as per their specialisations and faculties.

Minor is a subject that is complementary to majors.

Studying liberal arts may be personal for some, but liberal arts degrees have immense job prospects if one considers their market value.

Liberal arts facilitates its students to earn well-rounded education. Liberal arts students can efficiently synthesise ideas from many disciplines. They are, furthermore, analysing different patterns and building a unique approach to a given problem.

Liberal studies help you develop a universal understanding which allows you to smoothly switch occupations and job roles, increasing your chances of better promotions and incentives.

The diverse career paths break the monotony of doing a specific task for years.

You would now say, “Wow! Now I want to understand what liberal arts are all about?”

The primary graduate and post-degree program prepares you for the specific discipline, and when there is a recession in that discipline, students find themselves in chaos.

Here is the link to famous quotes on liberal arts education.

For taking admission in any of the Liberal arts degree programs, adhere to the following checklist:

( Note: ” Some countries offer ‘aa degree’  program(Associate degree), a two-year program taken up by the students after secondary school, for example, USA, Canada, Australia and Netherlands. This degree helps prepare students for admission to bachelor’s degree programs in liberal arts universities or colleges.

Various community colleges and technical colleges in these countries enable you to attain this degree.

It also helps students cut their bachelor’s degree in liberal studies by one year, thereby helping them get employed early”.)

What are Liberal arts? The answer to this question also lies in how it has been delivered since times immemorial. Here are the list of some famous Liberal arts colleges and liberal arts universities worldwide:

Out of 13,012 applications received, 1013 got admission is sufficient to depict the diligence of the Swarthmore College.

Some are as under:

Undoubtedly, the Liberal arts education develops their critical thinking skills and makes them principled practice officers. The soft skills they learn make them more humble for the civic life they are about to serve.

Liberal Arts Degree Colleges in the Continent of Asia:

The Asian region was new to liberal arts education in the modern context. Hence, the Alliance of Asian Liberal Arts Universities (AALAU) was formed in 2017 to reinvigorate the traditional art history and focus on developing subject matter that renews the old school of liberal arts education.

A list of countries under it and some of their top Liberal arts degree colleges are given below.

7. The Plethora of Career Opportunities

With a liberal arts degree, students earn a pragmatic attitude rather than dealing with things theoretically. Here is the list of Job opportunities:

When one enters the corporate world only then one realises what is liberal arts. The subjects chosen according to one’s aptitude, personality, future prospects, interest gives not only courage to break shackles but flexibility in work too.

The combination of subjects develops public speaking skills and brings them closer to humane effect.

If you are unaware of true potential of liberal arts and keeping a vague idea of what is liberal arts than apprehensiveness is bound to surround you. But here is the list of CEO’s who take up liberal studies at graduation level:

Q1. I am conservative, is ‘liberal arts education’ for me?

Students who are introverts sometimes feel that they will be out of the place if they join liberal arts education as they are not comfortable with the outside world. But point to note, liberal arts nurture the hidden skills, and liberal arts degree has the potential to make conservatives  a ‘liberal‘ and the liberal a ‘conservative‘ or more close to understanding.

Q2. With so many options in major or minor in liberal arts colleges, which subject should I choose?

Avoid selecting the major that makes you comfortable at first look, or don’t take the easiest path. A good set of major, minor, and foundation are related and are bridging the disciplines.

Q3. What if the subjects are listed in more than one category?

When subjects are listed in more than one category, it simply means the depth in the particular discipline you are willing to go in your liberal arts degrees.

For example, the same subject in major is part of core studies, and you will study for one or two years, whereas the same in minor is giving an overview and is just for a single semester.

A liberal arts degree prepares students for multidisciplinary and multitasking. The subject’s majors or minors are to complement one another.

Liberal arts is universally acknowledged. The oldest centres of education in India like Takshashila and Nalanda  were following this concept. Many Chinese, Japanese and Indian scholars are learners off this.

Do follow the link.-What questions to expect from others when you are doing liberal arts studies?

Sometimes liberal arts degree is looked down upon as an ordinary arts degree and not in competence to the degrees in technology or business management. Liberal arts is not just a degree it’s more than that as it teaches one to discover the self, and hidden potential, and readies one for the public  dealings and debates. An all-around development leading the liberal arts students to achieve what’s everlasting, emerging and undying.

All the best and happy learning. 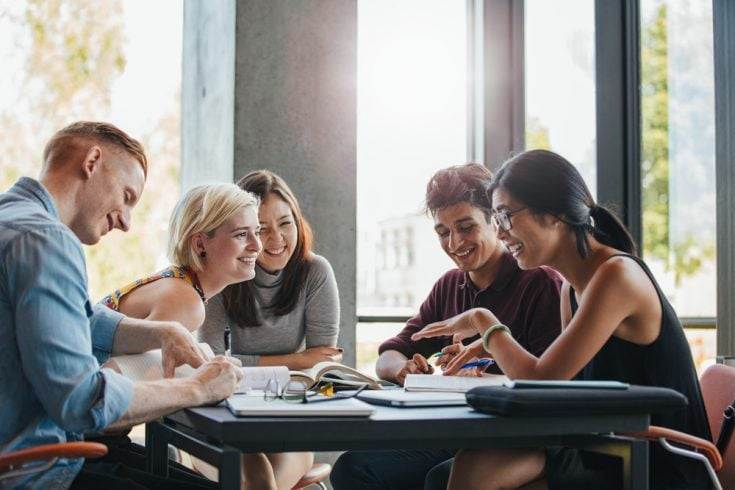 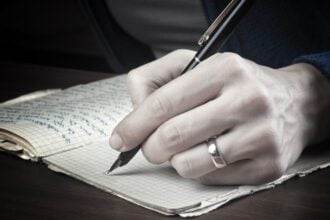 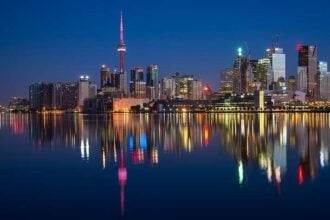 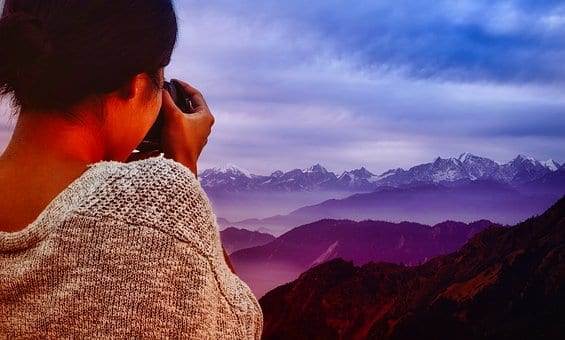