Every woman likes makeup, and Mascara is an essential part of makeup. Women apply Mascara to their eyelashes to enhance their look. Mascara has been in use since the 19s, and these tubes and lubes make a woman’s eye more alluring.

As a conscious customer, you should also be aware of your makeup or ‘What is mascara made of?’ Mascara is a famous beauty product worldwide. It is used in every household today!

Many different brands have come up with their own mascara and mascara shades. But the essential ingredients are the same in every brand. In this article, we will list those essential elements and learn ‘What is mascara made of?’

In every brand, the composition of the Mascara has three ingredients that remain constant- an emulsion of oils, waxes (like Candelilla wax), and water. Carbon is the black pigment or iron oxide pigment used in mascara ingredients. Other colors like ultramarine blue are also used.

Many mascaras are made of the fine fiber of rayon, which makes the Mascara more viscous. It makes the lashes more beautiful and shiny.

Let’s first go through some of the rumors flying around about ‘What is Mascara made of?’

We are going to unfold everything about it. So stay tuned!

What is Mascara Made of

The ingredients in most modern, liquid tube based-mascaras have some form of oil or soft wax. These ingredients provide a viscous quality. It makes it easier to both adhere to the brush and stick to the lashes.

It also avoids clumping up of Mascara. These ingredients are used to keep the product moist, reaching the perfect balance between makeup that is drippy and that which is dry.

The oils from which Mascara is made are used in limited quantities. Castor oil is the most effective option when you want a silky texture and bonding ability.

The role of wax is quite similar to that of oils. It is particularly designed to be waterproof. It is very natural for a person’s eyelash comes in contact with moisture.

Therefore, the manufacturers of even non-waterproof mascara products rely heavily on base ingredients such as carnauba wax and Candelilla wax, Palm wax, and paraffin to keep the cosmetics intact in one place. Wax also helps the lashes remain separated, lengthened, and thickened, which is generally not found in oils.

A type of color agent is particularly included in every mascara. The most popular and traditional mascaras are mostly dyed with black or iron oxide, coal, ash, or residues. All the ingredients are treated and purified in labs to extract their color.

The brown mascara is colored with tree bark. Additional chemical resins and artificial colors are applied to the ingredients. Artificial dyes are common in products with bright and vibrant colors.

Preservatives serve as stabilizers in the ingredients of Mascara. They are always included in mascara ingredients, though they can be hard to identify as different things can play this role.

Preservation is necessary primarily to keep a uniform consistency. Most mixtures of waxes, oils, and colors separate over time, leading to problematic cosmetics.

People wearing Mascara want it to have the same consistent texture and look day after day, without shaking or stirring it before use.

Most preservatives are chemicals mixed with water to form a lotion base. It emulsifies with other mascara ingredients. A spectrum of natural products performs a similar role, though these are more expensive.

Other ingredients, such as waxes and oils, are heated separately from the lotion. They are brought together later in the process. Pigments are usually included when the ingredients are placed with the lotion base in a homogenizer(a type of machine).

This high-speed mixer breaks the mascara ingredients into little droplets that will not mix completely. But the waxes and oils remain inside the lotion for the life of the Mascara and help bind the ingredients.

Water is one of the components that mascara is made of. But not all mascara has water in them. In most cases, water and oil serve as a base and are some of the first listed ingredients of mascara.

It provides a canvas against which to help the other ingredients bind together and mix homogeneously. An anhydrous manufacturing process uses no water whatsoever.

In these cases, the binding of ingredients is mainly done by heating. Everything else is usually agitated in a vat by a propeller until it forms the consistent right semi-solid. After cooling, the mascara may be ready to be bottled/packed and reviewed for impurities and chemical formatting.

The pigmentation for black mascara is identical to that used by Victorian women. Black and brown mascaras generally are colored by the use of carbon black or iron oxides. Some mascaras have ultramarine blue.

Titanium dioxide provides the pigment a white color, while distinct iron oxides give a variety of colors like red, yellow, brown, and black. The size of opaque pigments ranges from 0.2-0.3 micrometers.

What is Mascara Made of: Risks Related to the Ingredients

Makeup and cosmetics, however, can be allergic. Some ingredients in Mascara can be allergenic, or even carcinogenic or toxic.

Several governmental agencies worldwide require approval and testing procedures for cosmetics. It reduces the chance of harm or negative impact, but this isn’t universal.

Some of the highly concerning ingredients include Lacquer, Ethyl Acrylate, and Polypropylene. Ingredients like lanolin and paraffin can cause allergic reactions in a few people, even if they aren’t harmful themselves.

Anyone with sensitive skin or eyes should use specially marked “hypoallergenic” products. Try just a bit at first, then continue using it if you do not find any irritation.

Eradicating the Rumors Relating to Mascara

What is Mascara made of: Bat Poop

Mascara is not at all made of Bat poop, and it is just fiction. No cosmetics company would agree to include poop in a product created to be put to your eyes. It is obvious for health and safety reasons.

The dark pigmentation in Mascara is specifically achieved with the use of carbon black or Iron Oxide instead of bat poop. As a customer, we should always focus on the facts rather than myths.

This article brings awareness to ‘What is mascara made of?’ giving you a sigh of relief that you are using the right product.

Why does this myth even exist

Mascara’s Bat poop rumor most likely stemmed from a simple, terminology-based misconception. People are more curious to know ‘What is Mascara made of?’ because of this controversy.

Many cosmetic products (like Mascara) include guanine; the crystalline material reduces the clear or transparent formation of products.

Bat poop is called guano. So, with the resemblance of the two words, you can see where and why the confusion came from.

Guanine is not the same as Bat guano.

On the other hand, the guanine used in the beauty industry is extracted from fish scales. So, there may not be guano in Mascara.

Do any type of makeup consists of Bat poop

Bat poop is debarred in any other type of makeup. However, there is more to this poop-half-truth.

The beauty industry is not entirely poop-free. Some other bizarre beauty trends include blood facials (that involves the injection of your blood plasma to live and rejuvenate the skin) and snail slime treatments, which use gastropod mucus of snails.

Bat poop is not currently used in any scope of the beauty industry, and we are glad.

Mascara and many cosmetic products contain a colorant called guanine. This crystalline material is in a bat’s poop, but the element used in Mascara is derived from fish scales. The fact that the appropriate name for Bat poop is guano, which sounds rather similar to guanine, adds to the confusion.

Fortunately, the two of them are not the same, so you do not need to worry about poop in your Mascara.

In the modern era, there are many different mascaras on the market. Some mascaras and primers thicken the lashes without color addition.

Waterproof mascaras are best to prevent smudging and help the lashes retain their curl. It reduces the tendency for lashes to clump together. Nylon or Rayon fibers act as temporary extensions for the eyelashes for volumizing and lengthening mascaras. Many mascaras contain conditioners like pro-vitamin B5. It is more commonly seen in hair conditioners.

Smudge and waterproof mascara may not run as efficiently as other types. Mascara is generally applied to all eyelashes, but some women use it only above the eye. Wobbling the applicator brush at the underneath of the lashes can help make the lashes appear fuller.

Move the brush in a zig-zag pattern to the end of the lashes to reduce clumping. The best way to Mascara is to apply any second coat before the first coat dries to avoid clumping.

Eyeliner, along with Mascara, is a great combination to enhance your look. Because Mascara is applied on a delicate part of the body (that is, an eyelash), we should keep in mind not to keep a tube around too long. Using old products can raise bacteria in the eyes and generate serious health problems.

Maximum saleable mascaras include an antibacterial agent that lasts about six weeks. When the product makes the eyes feel irritated or has a transformed texture or smell should be dumped.

Hope you get ‘What is mascara made of?’ and more related knowledge about this beauty product.

Also, read about BTS here: How Many Songs Does BTS Have: Best Guide of 2022 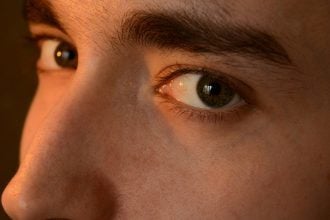 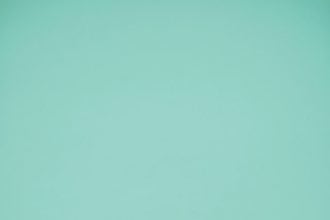 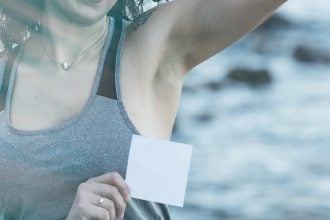