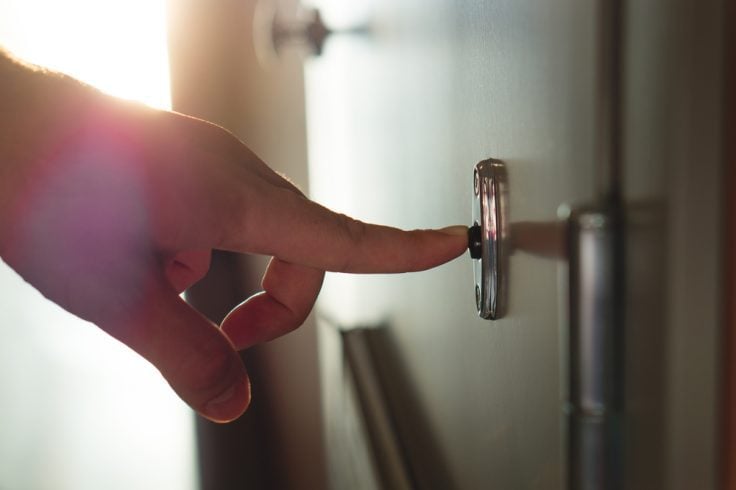 It was around 2 a.m., the winter season, and I woke up to go to the loo. The bathroom was on the backside side of the house. I was in the bathroom when I heard the sound of a bell. I was shocked. Who could ring the bell at this hour of the night? The sound came from the temple that was behind our house.

In the morning, I was very disturbed and was still thinking about the sound of the bell that came from the temple at such an odd hour of the night? I rushed to my bedroom, covered myself with the blanket, and was very afraid. I could not sleep for the whole night and kept chanting the Hanuman Chalisa.

I did not discuss the issue with anyone because I thought others would call me a fool. Days passed by, and with this, the memory of this incident got blurred in my mind. After a few days, I woke up at night and went to the bathroom again. I heard the same sound yet again, and I was shocked.

This time I saw a man standing on the premises of the temple. He was a tall man with long hair. I was terrified and ran to my room. This time I was petrified, and my body was shivering. I did not sleep the entire night and was desperately waiting for the morning to arrive.

At around 6 a.m., my mom woke up. I ran up to her and hugged her. She was surprised by my behavior. When she saw my puffy red eyes, she asked me if there was a problem?

I recited the whole story and told her about both the instances of that incident. She soothed me and said that ghosts or any such things do not exist; apart from this, she also told me that it is a temple, and even if ghosts do exist, they will not dare to enter that place.

I was in 6th grade, so I readily agreed with her. When I asked her about the creature I saw, she said, “It could be a tree, as it is the winter season, and I might have been confused due to the fog.”

In the evening, I was sitting with my grandfather near a bonfire, and everyone was discussing the significance of God. My grandfather said that “Lord Shiva highly praises ghosts because they worship him.” This fact assured me that what I saw at the temple was a ghost indeed.

At night, I could not sleep and went to sleep with my mom and dad. Both of them slept, but I could not sleep and be staring at the wall clock. Time passed by, and it was 2 a.m. now.  I was terrified and thought that the bell would ring again. But I was wrong, the time passed slowly, but as time passed, I felt relaxed and thought that I had some misconception. But as the time approached, 2:57 a.m. I again heard the sound of the bed.

I screamed and was startled, and my parents woke up when they heard me scream. I was speechless. I was in a state of shock. My mother brought a glass of water for me. After a few minutes, I was stable and told them about the bell’s enigma. My father said it could be my surmise and asked me to check the temple through our balcony. But I resisted, so he went alone and told me nothing was there.

The next day my condition was still unstable, and my family members were trying to appease me. We decided that we all would stay awake and listen to the sound in the night. Thereby, along with my mom and dad, I was sitting in their room and waiting for the clock to turn to 2 a.m. At 2:50 again, the bell rang, and this time my parents also heard the sound. They, too, were shocked and went to the balcony to check if someone was there. But they found no one there.

The next day, we decided to go to the temple and ask the priest who lived there about the sound of the bell and to check if he was also aware of it.

When we reached the temple and asked the priest, he said he knew about the sound. He told us that it was the sound of the bell situated at the entrance of his room. And when we asked about the man I saw. He said, “He is a priest who visits to conduct the morning aarti.”

After hearing this, I was amused and also felt relaxed. Now finally, I could go and sleep in peace.