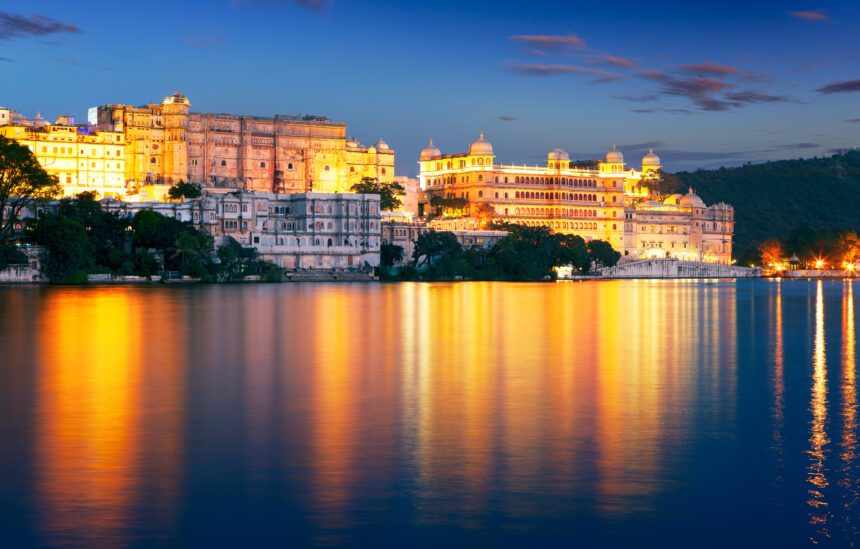 We all love to travel. And why not? The world is full of beautiful people, drool-worthy food, and awe-inducing places. Yet why is it that some places stick to you?

Especially those college trips where you travel with your friends, meet people you thought you never would and eat food you never even knew existed!

Well, here is one such college trip I, too, went on to the beautiful pink city with rich history, and would absolutely love to share with you! Read on to find out why Rajasthan is an awesome place to travel to:

1. Jaipur – The Largest City of Rajasthan

The streets of Jaipur are lined with scores and scores of shops calling out to you from a colorful cascade of shoes, clothes, jewelry, and mementos that will put any Sarojini Nagar of Delhi, Hill Road of Mumbai, and Gariahat of Kolkata to shame!

The volley of colors of the various merchandise coupled with attractive prices against the city’s pink backdrop will put even the most resilient shopper to shame.

The intricately designed Hawa Mahal boasts of 953 Jharokhas or windows that allowed the royal family’s women to witness day-to-day events and public processions on the roads without being seen.

Don’t forget to visit Chowkhidhani for its finger-licking food and the Amer Fort for its colossal beauty!

Want to go to a place where history was made? How does The Dark Knight Rises sound? Yes, this movie was shot in our very own Jodhpur, also known as the Blue City.

Within the vast expanse of the Mehrangarh Fort lies this famous place in this magnificent city. Add to that zip-lining, and you have yourself an amazing adventure!

While in Jodhpur also make sure to visit their heritage hotels in Umaid Bhawan which is amongst the best in the world. Mount Abu in Pushkar, Rajasthan, is the only hill station in Rajasthan.

It is home to the only temple to Lord Brahma in the entire world. Pushkar also serves as the venue for several important Indian festivals, including the International Camel Festival, the Pushkar Fair, the Jaipur Literature Festival, etc.

For those people who love the color yellow, you are in for a treat. The dazzling yellow of the Jaisalmer Fort will leave you feeling awed. The best part about this golden city?

This is a living fort, which means that people actually stay here and even make a living by selling things inside the fort itself! In fact, the cheapest place to shop in Rajasthan is Jaisalmer itself!

The golden city sculpted in sandstone will take your breath away with the Royal palace & old city streets begging to be explored. Also, make sure to visit Ranthambore Fort while you enjoy this beautiful city.

Not a single stone in the city escapes the color yellow! Don’t believe me? Check it out!

Don’t miss out on the desert safari, and definitely don’t miss out on staying in a desert camp! If you have at least once been roaming in the middle of the Thar Desert at midnight on a full-moon night, you are doing it right. What it looks like?

After parading the streets of Jaipur, zooming across the zip-line in Jodhpur, and enjoying a camel ride on the scorching sands of Jaisalmer, it was time for a kick-ass ride across the hills.

That’s right, and we covered over 30 kilometers from the Dilwara Temple to Gurushikhar and Sunset Point. To say it was great would be an insult. To say that it was stupendous would still not cover it.

Yes, it is that awesome!

Also, a visit to the Dilwara Temples is a must! The intricate lace-like work on white marble is truly a sight that you cannot have enough of.

5. Udaipur – The City of Lakes

It was time to visit the City of Lakes, Udaipur. The City of Lakes, which is rightfully called the Lake Fateh Sagar, will take your breath away! This massive artificial lake covers around four square kilometers of the area!

When it comes to wildlife in Rajasthan, both lovers of birds and wildlife are drawn to this regal state. Its huge environment is dotted with amazing fauna, including rare and endangered species.

The state’s Ranthambore National Park, Keoladeo Ghana Bird Sanctuary, Sariska Tiger Reserve, and Kumbhalgarh Wildlife Sanctuary are just a few of the wildlife preserves and national parks that are a must-see.

You can see endangered river dolphins, rare Great Indian bustards, Royal Bengal tigers, as well as many other bird and animal species.

So, what are you waiting for? Pack your bags and get going!