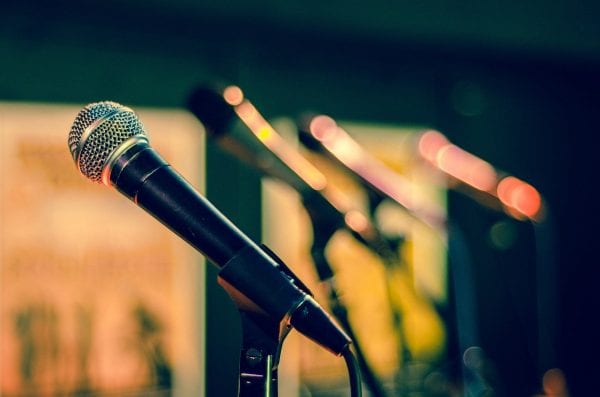 Everybody loves to talk.  But very few like to listen. But some people have the power to withhold a considerable number of people with their voices. content and diction. They have the ability to influence and change the world and have changed the world in some or the other way.

Not only are these personalities famous, but their speeches have also made a great impact in the world regardless of time. Here are five famous speeches about love and death that speaks the power of words, the power of a voice. 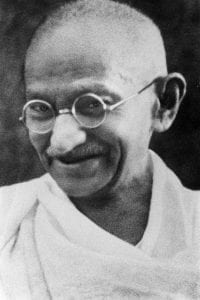 Mahatma Gandhiji’s speech at the Indian National Congress during the uptaking of Quit India Resolution is one of the most famous speeches about love and death in the world.

In the great speech, he mentions about two things that he wants the people to consider. He said that he has the great responsibility of spreading Ahimsa. He gives the same importance that he gives to himself to non-violence. The emphasis on it has grown strong over the years, according to Gandhiji.

He mentioned that occasion as one of the rarest occasions in anybody’s life. He urged the people to feel the purest form of Ahimsa in all his words that he was uttering.  The draft resolution of the working committee of Congress is based on Ahimsa, he confirmed and further added that the contemplated struggle has its roots in Ahimsa.

He firmly believed that God has vouchsafed to him a priceless gift in the weapon of Ahimsa. He said that he and Ahimsa are always put on a trial. He addresses the Indians that the freedom struggle is not a drive for power but purely a non-violent fight.

A violent freedom movement will always lead to a military coup and dictatorship, according to the words of Mahatma Gandhi. He asked the people to have faith in the movement and that Ahimsa will crown our success in silence.

He asked the Indians to believe that democracy established by non-violence only gives the fruit of equal freedom to all. It is interesting to note that Gandhiji requested the citizens of India to question their attitude towards the British. He asked the people to distinguish between British imperialism and the British people.

He directed the people to fight against imperialism and show love towards the British people. He concludes the speech as the biggest struggle in his life was to spread Ahimsa and educate people not to harbor hatred against anybody.

Gandhiji’s speech is easily one of the famous speeches about love and death. It inspires millions of people to date to believe in love and non-violence as the ultimate weapon to achieve anything.

2. Martin Luther King Junior’s I Have a Dream Speech-1963

Martin Luther King Jr’s speech, when the American government signed the emancipation proclamation, is one of the powerful speeches of all time that reminds human beings about our basic values. This is one of the famous speeches about love and death that made millions of people cry.

He addressed the moment as the most excellent demonstration for freedom in the history of America. The signed emancipation proclamation will stand as a light of hope to millions of negros, according to Martin Luther King.

Negros have been seared in flames of withering injustice and have seen manacles of segregation and chains of discrimination, he said. They have been secluded in the lonely lands of poverty and pushed to the corners of American society, according to him.

The magnificent words written in the American constitution will provide prohibited justice, Martin Luther King addressed. He mentioned those moments like the time to rise from the dark and desolate the valley of segregation to the sunlit path of racial justice.

He said he has a dream that the nation will rise and live to the true meaning of its creed that all men are created equal. He also mentions his other idea that his four little children will not be judged based on the color of their skin but by the content of their character.

This speech stands as one of the famous speeches about love and death beyond time as it addresses discrimination and freedom in a reliable way possible. It is still relevant even after more than 50 years.

Nelson Mandela’s speech about the most profound fear is included amongst the famous speeches about love and death because it inspires the people of the world to believe in love and fight for love and equality.

According to Nelson Mandela, the most profound fear within oneself is inadequate. It is powerful beyond measure, he said. He addressed the citizens of South Africa that the light within ourselves should be the cause of our fear and not the darkness.

He mentioned that everybody is a child of God. So, playing small does not serve the world in any way. He provoked the inner fire inside the people by talking that everybody is born to manifest the glory of God within them.

He said that God is present in everyone. He urged everyone to let their light shine. He also mentioned that it is also necessary to permit other people to do the same. He invokes liberation from fears in everyone and advice to liberate others by mere presence.

It is worthy to note that Nelson Mandela’s speech is primarily inspired by the 1992 book, “A return to love: Reflections on the principles of a course in miracles.” By author Marianne Williamson. The list of famous speeches about love and death includes Nelson Mandela’s speech as comes across as an ever-inspiring and ever-relevant speech applicable to everyone.

Aung San Suu Kyi gave this speech in commemoration of winning the Sakharov prize for freedom of thought in 1990. This is one of the famous speeches about love and speech as it evoked a sense of freedom from injustice and power to rise in the hearts of the citizens of Myanmar.

Aung San Suu Kyi started her speech by using the phrase that fear is a high corruption, not power. She further said that there is a close relationship between anxiety and corruption. It is with little wonder that in any society where fear is rife corruption in all forms that become deeply entrenched.

She said that the student protests in Myanmar are against the denial of the basic rights by a regime that deprived the presence of meaningfulness and held out no hope for the future. She urged everyone to sacrifice to become a hero possessed of courage and endurance.

She said that everybody’s contribution would ultimately lead to enjoying true freedom. The quintessential revolution brings the spirit born of an intellectual conviction of the need for change in the mental attitudes, according to Aung San Suu Kyi.

She also mentioned that it is not enough to call for freedom, democracy, and human rights. But also there is a need for a united determination to persevere in the struggle. She referred to Mahatma Gandhi’s speech that fearless courage is not only mere bodily courage but the absence of fear from mind also.

Famous speeches about love and death include Aung San Suu Kyi’s freedom from fear speech as it stays in history for provoking unity, love, and the power to fight for justice among thousands of people.

The famous Misogyny speech by Australian prime minister Julia Gillard is easily one of the top famous speeches about love and death because she made one of the most substantial impacts of misogyny and under-estimation of women in modern society through her voice.

The entire speech is a spontaneous outrage against the leader of opposition in the Australian parliament in 2012. She started her speech by addressing the leader of the opposition, Tony Abbot that she does not want to be lectured about sexism and misogyny.

She accused him of standing as a reflection of the misogyny happening in modern Australia. It is important to note that Julia Gillard’s speech has led the Macquarie dictionary to change its definition of misogyny from hatred of women to entrenched prejudice against women.

Julia Gillard achieved and unlocked a sense of empowerment to call out sexism and gendered double standards in every woman’s lives.

When she said that she wants her daughter to have many opportunities as her son, the leader of opposition replied that men by physiology or temperament are more adapted to exercise authority or issue commands.

Julia said that she is exceptionally offended not only by his reply but also by his previous addresses on the women of Australia. She also added that she is offended by being called as a man’s bitch and popularizing phrases such as “Ditch the Witch.”

She said that she would never tolerate such kind of hypocrisy anymore. Gillard raised issues of sexism and gender inequality in politics and bracketed gendered power relations out of everyday understandings of political competition.

Famous speeches about love and death include this Misogyny speech. It has rekindled the oppression against women that has been happening over many centuries. It reminds the women of the world to speak out and demand respect and equality.

Watch this video on the top famous speeches in the world:

Comment below the famous speech about love and death, which had a significant impact on you.