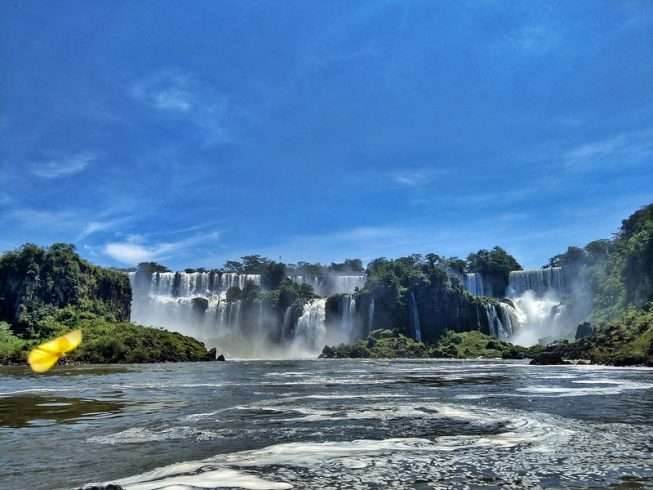 Ever wondered what makes Brazil so special?

Well, for starters, the famous Amazon forest is in Brazil. It is filled with beaches, mountains, and natural sceneries. Every city in Brazil holds a unique fact!

Let’s explore the cities in Brazil.

Ipanema Beach in Brazil covers half of the place and is situated in South America. This country has a federal district and 26 States. And the official language of Brazil is Portuguese.

The most populous Roman Catholics occupy the majority of the country. It is the world’s fourth-largest city by both geography and population. As of 2018, the statistics show that 209 million people reside in Brazil.

The landscape is spread with 67 km square feet making it the largest country. The word Brazil comes from the Portuguese word ‘Brazilwood,’ which means a tree that grows along the coast of Brazil.

It is also interesting to note that this tree was very valuable during the 16th century and was sold at a high cost in Europe. It is a tropical country filled with beaches, deserts, and mountains.

The major cities in Brazil include –

The capital city of Brazil is Brasilia. This city is a perfect example of the development of a brand new city and its architectural works.

The entire city has a look of an airplane. This model was designed by famous architect Oscar Niemeyer, who dreamt about living in a new city surrounded by elegant buildings.

One could feel the essence of the city to the buildings. The plaza and the National Congress building with dominating white concrete give an ancient look to the city. Starting his creation with the ministry of justice flows past the national Museum and reaches the Itamaraty Palace.

The natural energy is almost felt throughout the place of the national theatre. The shape of the national Museum marks his outstanding creation. Next to that stands high the metropolitan cathedral.

(I) ministry of justice – It sits at the center of the city. It is otherwise called the palace of justice and was opened in 1972. It stands proud with reflection in the pool. It is defined in a rectangular shape.

(II) The national Museum – one could notice the blend of traditional and modern here. The architecture and design are perfectly interwoven. The Museum is surrounded by a garden which gives an artistic look. Truly it represents the age-old culture.

(III) the Itamaraty palace – This is popularly called the palace of the archers. The art of famous artists like Athos Bulcao, Rubem valentim, and Alfredo Volpi is also present

(IV) National pyramid – It has the shape of the pyramid and is one of the largest buildings designed by Niemeyer. Various exposures are open to the public

(V) metropolitan cathedral – Mother of Jesus, Mary’s life is pictured at the entrance. Inside the cathedral, one could find angels gliding down through heaven. This cathedral can comfortably hold up to 4,000 people at a time.

Most of the Brazilians live in São Paulo. It is noted that Sao Paulo was founded in 1554. Of course! As it roots back over centuries, São Paulo is filled with statues and museums.

This creates a perfect sense of destination for tourists. It has numerous tourist attractions inviting millions of visitors all over the world.

Popular destinations are the Sao Paulo museum, Ibirapuera park, cathedral Da see, and Paulista Avenue. This largest city doesn’t have attractive beaches, but it stands up for culture.

It is a creative City filled nearly with hundreds of museums. Apart from that, Sao Paulo is known for two thousand cafes and restaurants inviting visitors from various backgrounds.

To experience the brazil sculpture, then Mercado municipal is the best option. It has homegrown fruits, cheese, meet other items. It is a city of culture, art, and creativity. São Paulo perfectly rides positive energy.

Being one of the largest cities in Brazil, this city is home to around 16 million people. Rio de Janeiro was founded here in 1565. The soft glow of dawn reveals golden shores, and the urban population under the mountain is also seen.

The sea coast provides the energy which can be visited in the early hours. The rejuvenating effect of the sea has an appealing feeling. With its natural beauty, it is easy to fall in love with Rio de Genero city.

Apart from its Paradisical view of nature, the Samba is all famous. It is the music style with fire. It is also common during carnival time which adds rhythm to the beats.

The city’s remarking Museum and churches teach the history of Rio de Janeiro. Earlier it was the capital city of the Portuguese.

Statistics reveal that as of 2020, 64.9 lakh people reside in Salvador. The city is divided into two parts – the old and the new.

It is interesting to trace the past of Salvador. This Cosmopolitan city was first captured by the Portuguese and was controlled by them.

With the declaration of war against the Portuguese, Salvador was the last city to be handed in.

To celebrate the victory, a monument was erected. During the colonial period, the city was well known for its slave trade. Counting the number of blacks in Brazil, it has a large population of them. They played a major role which contributed costumes, foods, and traditions.

It is named for the finest port for imports mainly takes place. Some of the main industries which help in its economic development are textile, food, ceramics, automobile, chemical production, and metallurgy. Another element that raises the economy is tourism.

Salvador has well transport connection to the main city Brazasm. It has frames of colonial churches and a touch of culture within. The old buildings of the 17th century have now entered into UNESCO World Heritage designation.

This city in Brazil is the largest island in Brazil. The name suggests” general mines.” The statistic shows that as of 2015, 2.09 lakh people reside in minas Gerais.

As the name suggests, it is filled with minerals, gold, diamonds, and wealth. To root back its past, it is necessary to dive back to the 17th century. During this period, Portuguese habitat in the hunt for their riches.

To make the work done, they employed African slaves. Heavy taxes were imposed for the extraction of minerals. By the 1900s, most of the gold mines had been exploited.

Later gold took its art form too. Gold was used in buildings and architecture. Thus by the contribution, the economic wealth lifted in Brazil. It is not only home to gold but also natural beauty.

The beautiful Mias Gerais as the longest rivers and mountains. This land is also ideal for vegetation. The plantation of coffee is the main vegetation done.

And yes! Milk production and the coffee is the main source of income. It is also home to delicious foods. It is famous for cheese bread, tutu de Fijian, bacon, and sausage. This Brazilian city has numerous cultural events and colorful festivals.

it is an urban city in Brazil with a proper plan. It is the capital city of Minas Gerais. Statistics reveal that as of 2020, 27.2 lakh reside in Belo Horizonte. Oscar Neimeyer, a Brazilian architect, laid several buildings a year before designing in Sao Paulo.

These buildings in modern days are one of the top attractive sites in Belo Horizonte. São Francisco de Assis and Lagos Da Pampulla was the first major work of Oscar Neimeyer.

The next favorite attraction in Belo Horizonte is Palacio das Artes. It is located above the lake, filled with green lawns and water banks. This place host art shows, classical music, and dance performance. This liveliest city is named for a huge market.

Some of the main available things in Belo Horizonte are cheese, candy, flowers, pets, handicrafts, and religious items.

Finally, the Memorial Minas Gerais Vale, a museum, is a must-visit site. It is a room for fashion, art, and culture. It highlights the exhibit coming to life and telling stories. Everything about the Museum reveals some story.

Apart from these six cities in Brazil, there are quite a few places worth visiting. Places like the Rio Grande do Sul or Porto Alegre.

So if you are planning for a vacation, keep these cities in mind. You never know which city might blow your mind. 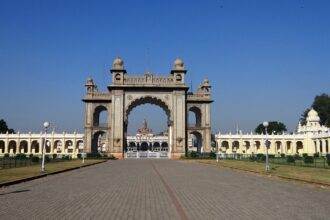 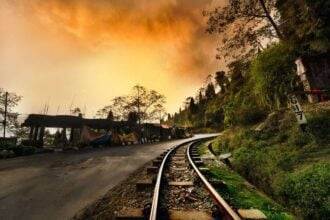