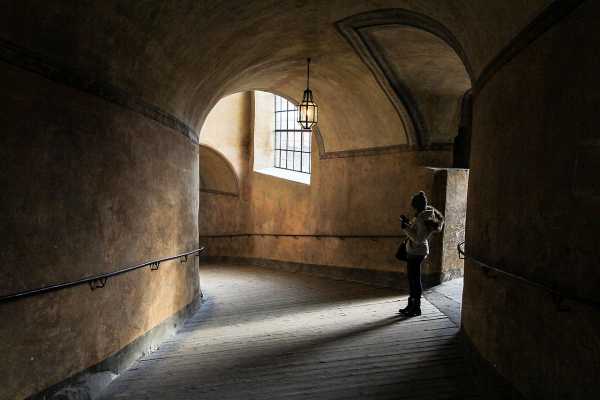 Some say silence can convey more meaning than words.  It is true that words would lose its way in the abstract, unknown and dark alley of silence. The silence of death…….of wound…….can word possibly describe it? The old man that looked into the lonely street where the sole streetlamp flickered as if trying to rebel against the darkness of the night, felt silence in his heartbeat and felt the words in his life leave with his happiness. He wondered if “Happiness” was really present in his life, or if he had killed it with his own hands. Twenty five years had passed and the old man had never left his silent chamber to even confront the flickering streetlamp which seemed to be diminishing along with his hope. Actually, his life had always lacked words, sound.

He lost them when his son was born mute and with his birth, the newborn had silenced his mother’s voice forever. He never blamed his son and believed in filling their silent life with happiness. Though looking after an infant all by himself was not exactly his definition of happiness, his hope to find it never left him. He was an affectionate father, as loving as any father ought to, but he never tried to be a mother to his son. One would say his love lacked particular warmth, but he believed that he had enough of it to protect his son from the cold breeze of the night.

He had watched his son grow, as he stood up on his feet and ran to him with his big, expressive eyes. He had always found those eyes consistent as if they always conversed with him and he had also heard those eyes utter “FATHER”. He always wanted to compensate the silence in his son’s life and he was satisfied when his son took passion for skating. When he saw his son skating and speaking with the breeze, it seemed his life was filled with happy tunes.

But soon those tunes would fade away, leaving a dreadful silence behind. The day when happiness stepped out of that pleasant family was when his son was left paralyzed by an accident. Quadriplegia was what the doctors had named his son’s situation. The simple meaning of that complicated word was that his son had lost his only hope of ever overcoming his silence. Though, the father felt his hope trembling, he still dared to hold on to it. He would read to the boy every night, trying to fight the chill darkness with words. But he could not help but notice the boy’s big eyes wandering towards his skates which he can wear no more and towards the street which seemed just across the window, which he can tread no more.

The flickering streetlamp suddenly extinguished, and a sudden lightning flashed across the dark night. A distant dog howled, loud enough for the old man to shift in his chair. All these sudden sounds seemed to reaffirm the existence of dark silence in his life. The old man remembered the night, which was similar to this one. That night he had really murdered the last hope of sound…..of happiness in his life. He remembered the big eyes of his son struggling to look into his as he clasped the tender throat of the boy in his big, cruel hands letting his son choke under them.

He did not blink, expecting to see his son’s eyes beam with satisfaction as he struggled to unchain this little life from the shackles of this horrible life. He looked into the eyes of the corpse, lifeless and cold it was. He felt his little boy floating, shouting to his heart’s content in his dream. Twenty five years had passed, but he still remembered the boy’s eyes, big and calm even in his death. Twenty-five years did not seem long.

The old man was interrupted by a voice. “How are you doing tonight?” greeted Dr. Steve, who entered the room to sit by the old man. “My son has grown up, he visits me every day and I listen to him talking about his world. He seems happy”, replied the old man shifting his gaze from the doctor to the window of Room No.26 in the mental asylum, which has been the old man’s home for all these years. The Doctor left the room with the same dejected eyes, shaking his head as he did every day. The old man continued to look at his window with the rusted railings and at the flower pot beside it, with its dried petals. He shut his eyes as a loud thunder rumbled and opened his eyes to see the rain hitting the rusted railings.

The thunder roared, the rain pattered; perhaps to revive his lost hopes of happy tunes. But the humming heart of the old man knew that this was just temporary, like the smile on his son’s face, like happiness in his life and like his hope to have happiness eternally. The old man turned his gaze towards the book, which he had often read to his son or rather to his son who was exiled to live in shackles. This book was the only witness to the passing time with its yellow and perforated pages. Nevertheless, one of its sentences did not seem to be ravaged by time- “Life is but a silent rebellion against SILENCE and it continues till it meets its silence in death”.