She opened her eyes and stared out into the long-stretched darkness. Below her feet, the neighborhood slept like a baby in a cradle of black velvet. Here and there, streetlights flickered like stray fireflies. Not a single window was lit up, not a single television screen playing a late-night A-rated movie in hushed secrecy.

Complete silence, with a pinch of scary chill to it.

She liked it that way.

“Are you okay?“ he asked, his voice hovering between confusion and concern. It was strange how she could hear him crystal clear through the blaring headphones tucked in her ear. She pulled them out, adjusted her glasses, and looked to her right. He was standing at the edge of the water tank where she had made her seat, his face shrouded in obscure darkness. There was something about his poise that gave him the appearance of a cat, balanced on top of a narrow wall.

“ You shouldn’t be out here at this hour, you know,“ he said, sitting down where he stood. She flexed her toes, dangling thirty stories above ground, and decided to play the rude girl.

“And how is that any of your concern? Do you know me?“

She kept pointedly silent. The stranger was starting to irritate her.

“Seems so, “ he chuckled, a confident chuckle, not one awkward with blatant revulsion. She felt unnerved.

The night sky was turning into a tinge of brick red. Chimneys from far away factories belched white clouds and blue fire into the sky, like dragon cubs poised for flight. A cold, moist wind was blowing, propelling the clouds eastwards like a legion of cherubims.

She pulled up her hoodie over her pixie-cut head. In the distance, a giant crane on top of a rising high-rise started to move. She liked it up here. She loved it.

The water tank was her private paradise, her own little piece of solitude, the maroon island of a recluse. Few came to the roof of the 30 storied skyscraper, fewer at this hour, and no one so crazy enough to climb the water tank in such darkness.

Since she had moved into the apartment five years ago, she had often sneaked out of her room while her parents and sister slept and taken the elevator (and occasionally the stairs when the watchman was awake) to the roof. She loved being up here.

The whole world seemed to be spread below her feet. She felt like the dragon queen from her favorite fiction. She felt fearless.
But at that moment, she wasn’t feeling quite as fearless as she had felt before.

She noticed he was still staring at her and turned to face him.

“What do you want, mister?“

“To not scare you, for a start“ he smiled the same smart-ass laugh.

“I haven’t seen you before; which apartment???“

“Hey, relax. I am not here to rape you or anything. This isn’t like those slasher movies.”

His dark silhouette didn’t answer back, and he kept staring at her against the glimmering city skyline stapled to a night sky.

“You still haven’t answered my question, Miss,“ he said. There was something in his tone that made her sit back. It wasn’t an order, nor a request, just something she had ever heard before. She suddenly trusted him, and it was scary.

“Are you okay?“  his voice sounded like it came from underwater.

“No. Not really,” she heard herself say and immediately felt alarmed at how relieved she felt by uttering those tiny words.

He let out a sound that sounded like a child’s sigh.

“Do you come here often?“

“And how often is that?“

“Damn, I miss 6th grade. How I used to sleep back then,“ he said, his silhouette stretched and cracked his knuckles. Something seemed vaguely familiar about him, the way he chuckled and moved.

“You don’t sleep much either?” she sounded more interested than she thought she should.

“Too much nicotine, too loud headphones.“

“Oh..“ she said, not sure which way the conversation was heading. Talking about sleeping habits with a stranger on an empty terrace at 2:00 am was hardly normal, and for an introvert like her, it was beyond normal. But she was past caring. At that point of her life, she was where the lines between normal and abnormal looked like the strings of a rock guitar, always moving, buzzing in a blurry haze.

“Look, dude, I don’t want to give you any wrong ideas….“ she started.

“None taken” that chuckle again. “If I were to hit on you, I wouldn’t do it sneaking up on you like a stalker creep.”

She laughed at this and, immediately feeling stupid about it, pulled her hoodie further down.

“I have a theory about insomnia,“ he said, sounding strangely calm. “When you are younger, you look at the world like its a little red balloon floating in the air, its string dangling just inches out of your reach. You go to sleep thinking about the little balloon, dreaming that one day you will pull down the string and tie it to your bedside table and keep it all to yourself”.

“Then you grow up, grow taller, and you finally catch the string. But it gets tangled up in your fingers, and you find that the little red balloon isn’t so little anymore. It lifts you in the air, higher and higher and higher still, and you see the string snapping into fragments. Every night you wake up with a jolt of vertigo, dreaming that the string has finally been broken, and you are falling… falling.. the white marble of your bedroom floor rushing up to meet you from a hundred feet away at breakneck speed.“

“Well, I have a different theory,“ she said, with a smile on her face she was sure he couldn’t see. To her surprise, his voice sounded like he was smiling too.

“When I was young, Ma used to tell me stories about monsters under my bed. The usual clichéd ones. She told me if I stepped out of bed at night, the monsters will grab my leg and pull me under it. So I closed my eyes and hoped they wouldn’t see me if I didn’t see them, and soon I would fall asleep.”

“Well, what about now? You got too fast for them to grab, eh?“ He did an easy laugh.

“No,“ she said, “they crawled out from under the bed. Now they sleep beside me, sit at my bedside table, and stare at me from the dark corner beside my bookshelf.”

“The corner where you keep your old letters and stained journals?“ His voice was liquid.

“I remember your journals. I remember how you dissected them over and over and over again, ripping out the pages in handfuls, hoping that tearing them out would erase the memories you bled out on them.“

She was shivering violently. Goose prickles ran down her spine and up her thighs. She pooled all her strength together and gulped in the air. No, not now, not here. She couldn’t have another attack, not up here on the tank.

“Have you ever looked at people and wondered why most of them smile so much? Do you think they are selfish, or stupid, or too shallow may be immune to the pain with everything going on around us? Or have you looked through their smiles, found sad people with happy faces, still trapped in their stupid teenage dreams?“

Her whole body was trembling. She was trying desperately not to go back to that room, her guts swirling at the sight of those cold steel tables, the smell of phenol and bleach and…and…

“I know you went on a trekking trip last year. I know you fell ill and couldn’t join your friends in their sudden plan of rafting. I know the raft overturned, and days later, you identified their bodies in the mortuary.  I know your boyfriend was never found.“

“SHUT UP! SHUT THE FUCK UP! YOU KNOW NOTHING ABOUT ME“ her voice screeched as her throat burst into splinters. She grabbed her short hair and began tearing it out in lumps. Her untrimmed nails slashed across her cheeks and came out with bits of skin and blood. Her companion stared at her from the dark, without a word, and watched her writhe and thrash to the ground.

“That stupid..insolent…swine..” she was choking, her tears meandering their way through the gashes on her cheeks, running red down her neck. “I told him to stay with me, told him it was too dangerous. He said he would bring back lamb chops for me… boiled with cr..crocin..” and suddenly, she was laughing hysterically, giggling and cackling all at once as her tears ran red and pooled into the hollow space of her neck. “He thought it was funny..that dumbass. He always thought everything was funny. Well, this isn’t.”

She lay there on the cold concrete floor of the water tank, whimpering and laughing to herself. Her glasses fell off, and one of her violently twitching legs kicked it over the edge of the tank, where it hit a sun shed, shattered in two halves, and disappeared into the darkness below. All the while, her companion sat quietly beside her. The sky was turning into a shade of bright orange. Dawn was approaching. When he spoke, his voice was calm as still water.

He put his arms around her shivering body and lifted her, laid her away from the edge of the tank, and stood up to light a cigarette. She saw his face light up in the flame and smiled. He smiled back at him. “What do you have in your pocket Neena?“

“Crocin, “ she smiled a tired smile.

“We both know that’s not quite true. Come on, give them to me.“

She reached into her jacket pocket and pulled out a fist full of pills. He gently took them from her hand and threw them into the darkness.

“I am not telling you that everything will be ok. But you can at least try, can’t you?“

Just then, the door of the terrace slammed open, and her father rushed out in his sleeping pajamas.

“Beti, who are you talking to? Neena? Oh, my god! What happened to you?“

He jumped up the stairs and reached for his daughter in three strides, his daughter who was sitting alone amidst gravel of sleeping pills with her face all scratched up, yet unharmed and smiling a strange, sad smile. His father fumbled frantically in his pocket for his cell phone and called his wife, who was downstairs

“Meera, yes, I found her. Call an ambulance. NOW. She saw him again.“

Neena only looked up at her father, smiled, and curled up to sleep on his lap. 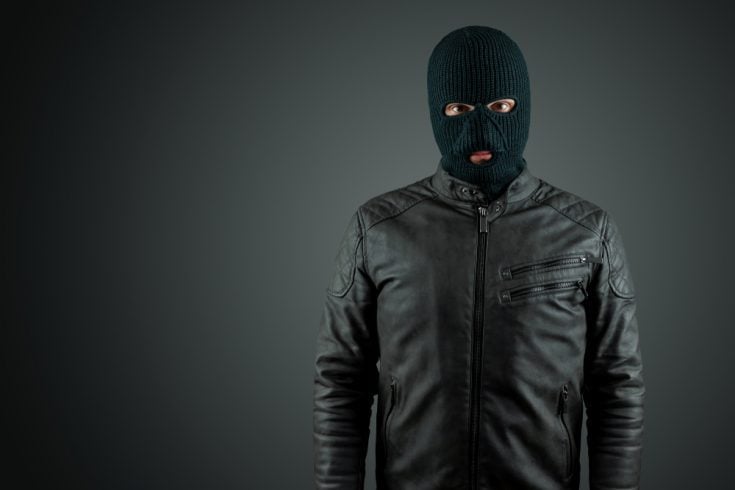