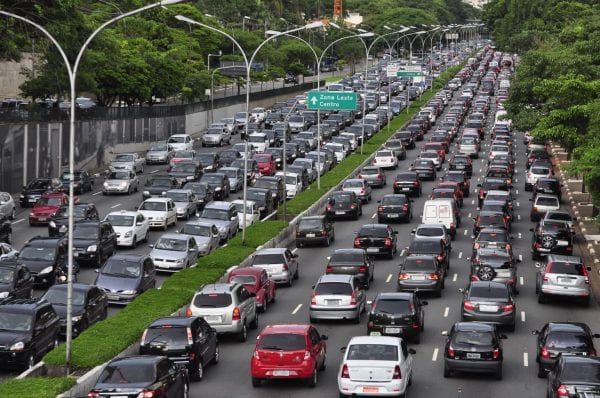 Switching lanes in a traffic jam, one of the most common scenarios used to explain Murphy's law.
SHARE

Almost every introduction to Murphy’s law begins with picturing yourself in a situation where you are stuck somewhere, such as a traffic jam.

Picture yourself standing in a grocery store checkout queue. Your lane is taking too long to progress, whereas the other roads are moving much faster. Therefore, you decide to switch queues to a faster-moving one. To your despair, the queue you left starts to move, but the lane you moved into has come to a standstill.

Now, of course, the movement of a grocery store queue, or any line for that matter, depends on the person at the checkout counter, and various difficulties or technical errors they may face. But you, in turn, begin to blame fate or your bad luck in the event that this happens. 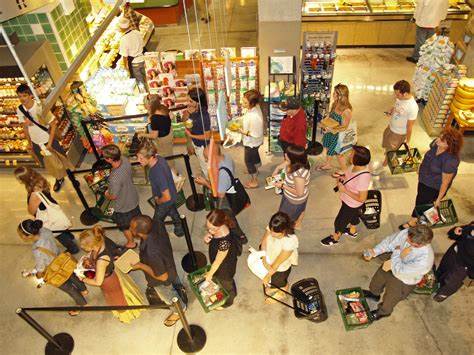 This progresses into explaining the reason for what has happened to you, the idea being Murphy’s law. In this short explanation, we will look into what is Murphy’s law. We may know how it came into being, its relevance. Also, we could have a take on all things in life with regards to Murphy’s law.

Any write-up about Murphy’s law looks at the scientific applications and uses of this adage, but if that’s what you were looking for, it could have been available almost anywhere else. What I have aimed for here is to express a philosophical standpoint in life with respect to Murphy’s law, about how a simple saying came to take the blame for many misfortunes, and its primary purpose somehow went unseen by many common folks, including me until recently!

“Anything that can go wrong will go wrong,” a long time adage that is Murphy’s Law. The law is also followed occasionally by, “and usually at the worst time.” It came into being in the 19th century when a junior technician in the Air Force made a technical error, and engineer Edward Murphy found it. He worked at the Edwards Air Force Base, and upon finding the error, he quipped, “If there is any way to do it wrong, he will find it.”

2. So, Who Were Edward Murphy and John Paul Stapp?

Edward Aloysius Murphy Jr., known as Ed, was an aerospace engineer in the United States Air Force. He took part in World War II, posted at the Pacific Theater (now comprising of the countries India, China, and Myanmar).

Murphy came up with his law which states of always being prepared for the worst possible scenario, and this preparedness for the worst would help to avoid possible mistakes that might lead to it.

John Stapp was a flight surgeon. He went on to work on many other scientific propositions such as studying the effect of deceleration on the human body, wind blast experiments, bends faced in high-altitude situations.

It was Stapp who brought Murphy’s law into the final form that is being used today, and he is also credited for creating the Stapp’s Law (also known as Stapp’s Ironic Paradox). This states that “The universal aptitude for ineptitude makes any human accomplishment an incredible miracle.”

Dr. John Paul Stapp, also involved in the project along with Edward Murphy, made a list of all possible mistakes that could happen, any error that could possibly occur, and called it Murphy’s Law. Later, when asked about how they steered clear of mishaps, Stapp stated that they had stuck to Murphy’s Law, which helped them avoid the mistakes. Thus, a word about Murphy’s Law spread, and the law as we now know it came into existence.

Imagine yourself in an immigration counter queue, and the lines beside you are moving, but yours isn’t. You switch queues, to the fastest moving one, and your despair, it stops moving, and the line you left is progressing now.

Similarly, another common example used when we talk about Murphy’s law is the traffic lane example. You’re stuck in heavy traffic, the vehicles in the next lane are moving, but you seem to be wedged, with only your lane immobile. Now, you switch lanes to one that is moving, only to find that the path you left is now moving, but yours isn’t.

Imagine spreading jam on your toast, the bread falling out of your hands, and falling on the floor, the jam side down.

All these considered manifestations of Murphy’s Law are the worst-case scenarios, or undesirable results are occurring here, and they adhere to the statement of Murphy’s Law. They prove to us that anything that can go wrong will go wrong, sometimes at the worst possible time as well.

However, this could also be due to the reason that we tend to notice only when life goes out of order, and not when it is functioning smoothly. We never look for purposes as to why our life is running so smoothly or well, but on the occasion of a minor inconvenience, we look for reasons as to why it happened, and sometimes, even look for people to blame. This is where Murphy’s Law comes in.

5. A Few Variations of the Murphy’s Law

Yhprum’s law- This is the Murphy’s Law spelled backward, and is also an effort to move to the positive side of Murphy’s law. It states that “Anything that can go right will go right.”

Another corollary of Murphy’s law is Mrs. Murphy’s law. This states that “Anything that can go wrong will go wrong when Mr. Murphy is out of town.

All of these are efforts to look at Murphy’s law through a different angle, some focusing on the bright side of things, like the Yhprum’s law. However, this interpretation is futile in cases where we need Murphy’s law, as looking at the positive side all the time may make us blind to possible downsides, which is what we are trying to avoid with the help of Murphy’s law.

6. Murphy’s Law in Life- How Should We Incorporate It?

Often in life, we focus on the negativities, rather than the good that is happening around us. We blame Murphy’s Law, ourselves, and other people for the bad things that happen to us.

In the film Interstellar, upon busting a tire flat, the brother jokes that it is due to Murphy’s law. This provoked little Murph, who was named after Murphy’s law. When she asked her father why they named her after something bad, he replied, “Murphy’s law doesn’t mean that something bad will happen, what it means is what can happen, will happen. And that sounded just fine with us.”

This is the best possible outlook that one can have on life. Any rule or theorem does not govern anything that happens in our life; our actions govern it, for we are the decision-makers in our life. We decide what goes right and what goes left in some way or the other. Murphy’s law was nothing but an implement that helped effectively reduce errors, and you cannot link it to be the CAUSE of every misfortune that happens in your life.

As the law goes, Anything that can go wrong will go wrong, but knowing what could possibly go wrong well ahead of time will help us avoid these pitfalls to a great extent. This is where Murphy’s law comes in handy. It does not tell us what could go wrong, but it tells us to be prepared for a mistake that might happen, enabling us to be well-prepared and ready to face turn those lemons into lemonades.

On a warm sunny day, we think of having ice cream or a cool drink, but not of falling in the middle of the street due to a heat stroke. Now, in the unfortunate turn of events that this happens, we might blame the nature of the reason why you were to get out at that time. What we fail to realize in all that commotion is that this was a possible event, which could have been prevented.

Therefore, from my point of view, Murphy’s law is not a reason for the shortcomings in your life. It is merely a tool that helps you predict that anything may befall you at any given time. More accurate than predicting would be stating a negative probability because we cannot say for sure that the event that happens will be bad, it could be good for us too.

What Murphy’s law helps us do is take into consideration all the possible errors that could occur and help us set them right, even though it does not provide a direct, specific solution, or an equation! It puts forward a possibility that has a negative outcome. Due to the possibility, we might work to steer clear of the errors and aim for success.