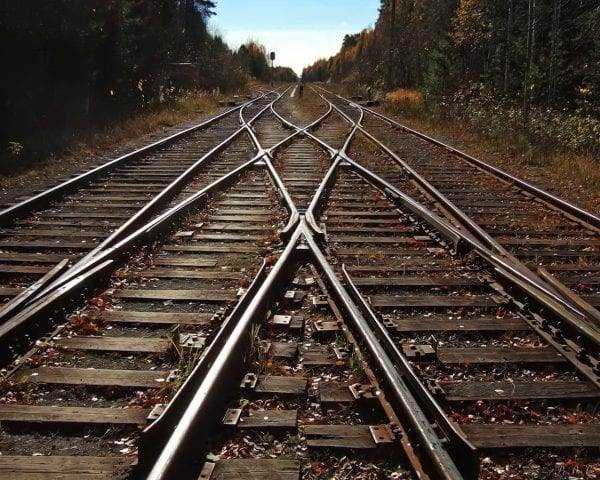 I woke up early in the morning. The train was on the move. I rubbed my eyes and could figure out that it was a goods train that was passing by. It advanced with a dark tone, burying a deep secret in the heart of the earth with each foot. I have always been afraid of its dusty, pale red vibes. My skin hair stood straight as if they were trying to run away. Slowly moving to the unexplored horizons, the train faded away. Cross marked and gone.

I yawned and inhaled the frisking air of the morning. It was still a little dark outside.  I looked around. Overcrowded platforms, wandering people, coach-loaded trains waiting for green, rusting roofs, the spire of the church far away. 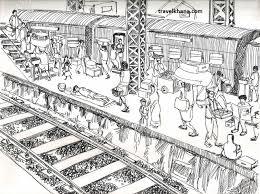 The second platform of this far-famed North station, under the lengthy railway track, lays our ‘mighty mice kingdom.’ I was born here on a drizzling November night. Since then, the howling trains lulled me to sleep and woke me up early in the morning. The mound of waste, the uneven black stones, the man in white waving the flags, people rumbling for their destinies, the roaring trains, the frequent announcements. All these have been close to my heart since I was born.

My head shook from memories as another train was passing by. I peeped out of the hole. People were running here and there. Some looked at me with an awful expression. Haven’t they ever seen a mouse before? 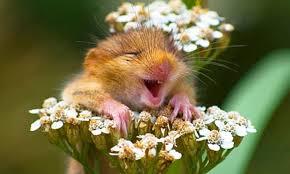 In the midst of the track, I saw a delicious piece of banana fritters that might have been thrown out of the train by someone. My eyes shone bright, and my mouth watered. My feet paced towards the yummy heavenly treat. Suddenly, the air was turbulent, and my skin’s hair stood up again. I ran back to the hole. The Island Express train came and passed by in a flash of a second. My eyes became yellowish, dreaming of the captive banana fritters.

I advanced slowly, then two feet hastily, and finally, my hands were about to touch the crispy skin of the banana fritters. ‘Thud…’ a cruel crow abducted my meal, slew my dreams and flew away. The cascade of happiness inside my heart turned to a stormy sea. It was a public secret that I led a poverty-stricken life since the mice kingdom collapsed in 1999.

Again the tiny buds of air around me vibrated, and I ran back to the hole. Dodger Express was passing by. The train made mocking sounds at me. “Loser”…. “Loser”…. A stone toppled and fell on my head. I hated myself, hated everything. I fell asleep to escape from this world of embarrassments.

It was 1o’ clock in the afternoon…Beads of sweat fell on my eyes, and I woke up. Under the furious sun, my knackered leg paced forward. I went to the distant part of the station where thorny plants waved in the hot wind. My eyes were failing, and I was about to faint, or should I say, about to die. My eyes were closing slowly, and at the last moment, my eyelids pointed towards the right side of me. 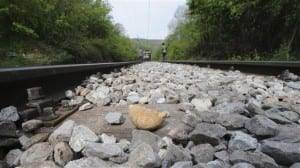 A man was standing near the track. He had a plain face. Neither was he happy nor was he sad. He threw something at me. I ran desperately and hid under the track. I raised my head and peeped at him. He was smiling at me. A smile I have never seen before; there was no hatred in his eyes. He did not call me ‘knave’ or ‘horrible creature.’

I took my eyes away from him, and to my surprise, I discovered that it was a piece of shortbread that he had thrown upon me. I advanced fast and slowed down for a moment. Has he poisoned it? It is a century-old trick penned in the history of man. But I don’t mind it anymore. It is better to die to eat a poisoned meal than to die of starvation. I smelled it. The aroma arising from the cute little pores took me to paradise. I started biting into it slowly, and it was the sweetest bread I have ever had. Even if it is poisoned, it is worth dying for. I danced with joy. And the man was still smiling at me. I stood there for a while gratefully and started to trace back home.

Then, I started the vibration of the air, and I ran to the nearby hole. I peeped, and the man was still standing there. A delicate line of red light split the evening shades many yards away and grew brighter in each foot. The Park-Miller Superfast Train was approaching. The man raised his leg and stepped onto the track.

My eyes are tightly closed, and heart-struck and body shivered. I could not find him there. I ran to the center of the station, and the Park Miller was now out of sight. The track was drenched in blood and his body crushed into pieces. I was shattered. Why did he do that? I got near him and suddenly…. ‘Click..!’…. ‘Flashes’… ‘Flashes’ …everywhere… I could hardly open my eyes. What I saw among that lightning was even more shocking than death. The so-called ‘human beings’ in the platform were fighting to take a snap of his body. Their cruel eyes were craving blood. I shouted. No one heard me. How can they? They have no eyes, no ears, nothing.

I kept my head on his shoulder and wept. Three policemen came. I heard them repeatedly spluttering the word ‘burden.’ I cried out loud, looking at his scattered face. His heart was still beating. Suddenly one of the policemen threw a stone on me. The pain pierced through my body. I dragged my leg and tried to get away. I looked back and could see his soul crying in despair. He was looking at everyone who was taking the snaps with painful eyes. He committed suicide to escape from the sadness of life, and his death made him sadder. Everyone was celebrating it.

The air around me vibrated. A goods train was slowly approaching. I was not afraid of it anymore. I got on top of it and took a last glance of my motherland, or should I say the insensitive land. The soul of the man was still crying there out loud. The goods train took me and tried to escape from the sight. Cross marked and gone…!