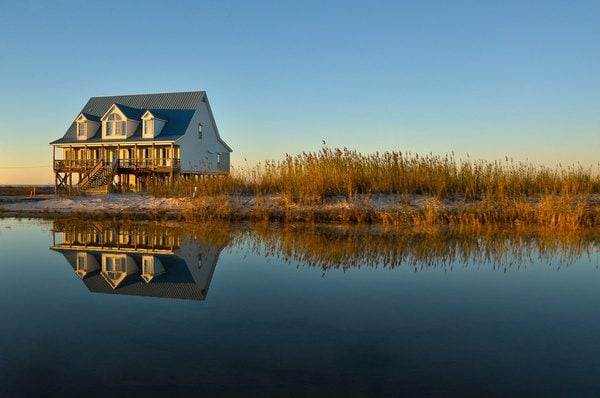 Do you cherish nature? Do you love sandy beaches? Dauphin Island is the right place for you.

Are you at Mobile Bay, Alabama?

Travel straight through the Gordon Persons bridge, which is a 3-mile stretch across the Gulf Intracoastal waterway.

It takes its name from the 46th governor of Alabama.

You can also catch a ferry from Fort Morgan in Gulf Shores. It carries both vehicles and tourists to the island.

Dauphin Island is a small barrier island in Alabama, US, with just over 1000 inhabitants as of 2010.

It is named after Dauphin- Louis XV of France.

It is also called the Sunset capital of Alabama because of the aesthetic view of sunset you get from any part of the island.

However, the French meaning of the word dauphin, which means dolphin in English, is appropriate since they are a familiar sight in the mobile Bay waters around the Dauphin island.

Dauphin island is enriched by plenty of timber, fresh water and a deep harbor that could accommodate massive cargo ships. Impressed by these resources, towards the close of the 17th Ce., a French explorer dropped by this island and built a port.

This port was meant for Fort Louis de la Louisiana in the Dauphin Island, which was the capital of French Lousiana for a short time. The settlement also includes a church, warehouses, and residential areas. It found a place in the National register of historic places.

It is frequented by hurricanes which leaves it largely destructed.

The Island is more extensive on the eastern part. The western part is thin with scanty vegetation compared to the east part, pregnant with pine trees and saw palms.

According to the census, of the 167.1 sq miles of the Dauphin Island town, just 6.2 sq miles is land and the rest is water.

It has one public school- Dauphin Island Elementary school- which takes after the Mobile County system. Students must take up higher studies from the Alba Middle School and Alma Bryant High school in Bayou La Batre.

The airport- Jeremiah Denton airport- is found in the northwest part of Dauphin Island in the mobile bay.

Fun Fact: Initially, it was named ‘Massacre Island’ by a French explorer who mistook skeletons mounded on a burial ground for some savage activity.

Let’s zoom into the 6 tourist attractions of Dauphin Island.

The Fort Gaines serves as an entrance to Mobile Bay. Built between 1821 and 1848, it is located on Dauphin Island’s eastern part closest to the Gulf of Mexico.

It is a captivating historic fort, having actively participated in Mobile Bay’s battle at the time of the Civil War in America. The Union army captured the fort Gaines in this battle. Its historical significance in the American Civil war is highlighted by two massive cannons facing North and south.

It is named after Edmund Pendleton Gaines, a US army officer. This fort comprises a museum, blacksmith shops, tunnels, local shops to buy souvenirs, etc. The equipment used in the war are exhibited in the museum within this fort.

The museum is a storehouse of knowledge showcasing several war artifacts like a gigantic anchor of a flagship, massive cannons, other war materials and the standard domestic and economic settings that existed before the war.

You can also be enlightened by fun enactments of historical events, particularly the Civil war.

It is set in such a way that tourists could relive past events. Uniform worn guides, demonstrations of cannon firing, blacksmithing, etc. too work towards this goal. In addition to this, it also holds special events now and then.

Due to the occasional hurricanes and gradual soil erosion, it has suffered much damage. Though well-preserved, this fort is in precarious condition. Because of this, it has been enlisted in the top 11 endangered historical places in the US.

It had been nominated for National Historic Landmark.

It is not only a marine research lab but also a public aquarium! Dauphin Island Sea Lab is located opposite Fort Gaines on the eastern part of Dauphin Island.

You can check out Dauphin Island Sea Lab conservational activities by clicking here.

The Estuarium is a part of the discovery hall educational program.

This salt and freshwater aquarium can be easily accessed from the Ferry dock.

It has an exhibit hall and a boardwalk. The exhibit hall displays four exhibits which showcase underwater life indigenous to Alabama, especially the Mobile Bay, Barrier Islands and the Northern Gulf of Mexico.

They feature a wide variety of oceanic organisms, including alligators, turtles, native species of crabs, shrimps, oysters, octopus, jellyfish, rays, etc. All of these are housed in over 10000 square feet. These items are attractive and informative for kids of all ages.

In 2013, the Estuarium was extended to house an additional research center – AMMSN (the Alabama Marine Mammal Stranding Network) to study the stranding of dolphins and whales along the Alabama coast.

It also hosts several monthly and annual events. One such event is the boardwalk talk program held twice each month. Grab this chance to interact with expert researchers here.

Other Activities:
The sea lab gives training for scientific diving. It also has a digital library, which provides over 200 local publications.

Although marked by several bird sanctuaries, National Audubon Society (Audubon) is particularly mentioned for its significance. This, too is seated on the eastern part of the Dauphin island extending over 164 acres. It was formed in 1905.

It is an American NPO (a non-profit organization) working towards the conservation of birds and preserving their habitats. This has several branches across America, taking the name of the districts where it is established. E.g., the Massachusetts Audubon Society.

The Dauphin Island Audubon sanctuary is considered as one of the top destinations to view migrations in the spring.

It comprises large stretches of forests, marshes, lakes, beaches, and dunes. The 3-mile National Recreational trail winds through beautiful woods marked by oaks, beaches, marshes, and pines. It holds a significant share of the island’s forest.

This is the venue of the final sojourn of migratory birds in the spring until fall when they head home.

There are about 420 species here, i.e., about 95% of Alabama’s. Pelicans are frequent visitors of this island.

Fishing is popular. Pet friendly and calm; it is an ideal spot to get rid of mental clusters.

The beach also provides a pier.

Since the Dauphin Island is shallower towards its edges, it is perfectly safe for swimming to a certain distance.

It is also lined by parks where you can have fun as a family while enjoying the refreshing beach atmosphere.

The Heritage and Arts Gallery, one among several galleries in Dauphin Island, houses precious artwork from local artisans, including sculptures and paintings. It also gives you a taste of the history of Dauphin Island.

The artworks are sold at a reasonable price. The money collected then goes into the fund for a free art class for the local students. It also offers classes in cooking, art, etc. Annually, special events are organized, like the Native American festival.

You can find the Indian Shell Mound Park resting across 11 acres in the Northern part of Dauphin Island. It comes under the Marine Resources Division of Alabama.

It is a favorite spot for bird watchers and nature lovers. A variety of bird species, including warblers and shorebirds among 480 species, and butterflies are found here.

It is a hike through nature, spotted with six mounds of prehistoric shells (1100-1550) such as those of oysters. Seafood being the primary food source for the Dauphin people, the shells of the oysters were discarded after extracting the flesh. These formed these mounds over the years.

This site has also been of interest to archaeologists.

Well, captain Mike’s deep-sea fishing will be not only a thrilling fishing experience along the deep blue sea but also a practical course on fishing.

You get the chance to fish a great distance away from the shore.

The Mobile Bay waters, home to exciting fish species like red snappers, mackerel, redfish, blue marlin, swordfish, etc., will gift you a wonderful treat. So, throw in your bait under the crew members’ guidance and watch as the fishes make a go at it.

The team is friendly, passionate, and experienced. With them, you can keep your nervousness aside.

Like fishing, you have great, casual, and fun instructors and guides to take you through memorable kayaking experiences.

Suitable for any age group starting from teens, paddling with family and friends is an easy and fun task.

The  44-foot “Duke” takes you out into the sea amidst dolphins.

The crew is interactive and well-informed about the local marine life.

8. Other Attractions Near Dauphin Island

Sixty-five acres of botanical garden sprawling around a mansion (10,500 sq. feet) comprises the Fowl river’s Bellingrath gardens. This is a popular spot for tourists heading to Dauphin Island.

The gardens possess a conservatory, a bridal garden, mermaid pool, a church, mirror lake, a tower, nature trails, etc. It charges separate fees for a trip around the gardens and accommodation at the mansion.

This took a place in the National Register of historic places in 1982.

Dauphin island is situated to its west.
You can take a boat trip to get a glimpse of this ancient lighthouse posted at the mouth of mobile bay.

Its height is 132 feet. Though the lighthouse stands tall against hurricanes and sand erosion, the surrounding sandy area has been eaten away.

Dauphin island foundation plays a part in the restoration of this part of the island.

At the end of the day, only good food can finally keep you happy and lighthearted.

Have you been to Dauphin island already? Please share your stories of adventure with us in the comment section. 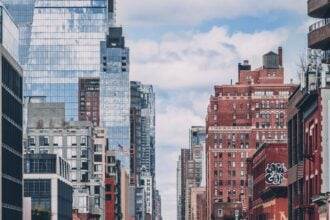 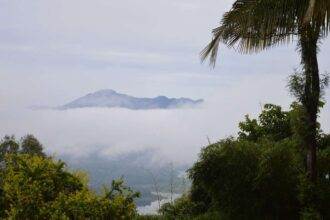