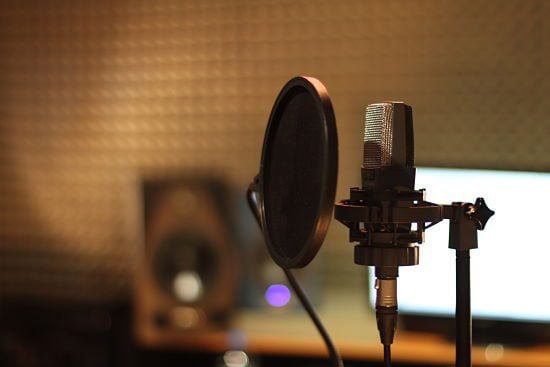 Not just indie artists, India’s music industry has also seen Bollywood and Tollywood playback singers showcase their vocals with albums, singles, and covers of popular English music. Several singers also have collaborated with Western artists on their singles and albums.

Apart from professional musicians, Youtube musicians have been on the rise ever since, with their cover songs, instrumentals, and compositions. 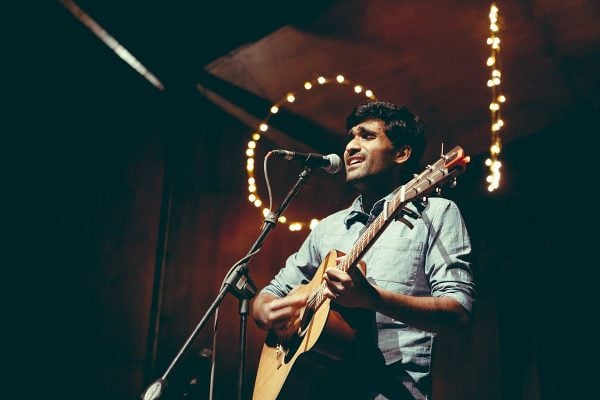 The F16s are an alternate indie band based in Chennai. The band is known for being experimental with their music, with their style ranging from alternate indie to pop, rock, and electronic elements. They gained popularity in the international music scene with the song ‘Moon Child’ from their EP Triggerpunkte, released in 2016.

The F16s released their third EP, WKND FRNDS, in 2019. The EP consists of 4 songs, of which Amber was released as the lead single. WKND FRNDS is the closing track in the EP. It is a perfect blend of alternative pop and experimental. The song is upbeat and catchy – perfectly suited for summer. The song lives up to its title, giving away a warm weekend vibe. Their vocals blend with the synth and background music. 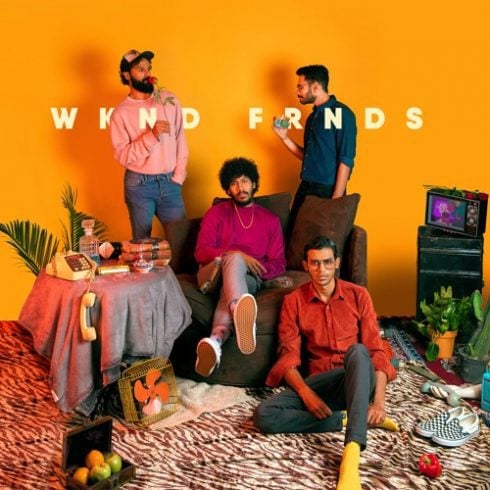 WKND FRNDS by The F16s – SoundCloud

Indus Creed was founded in 1984 as Rock Machine. Based in Mumbai, this rock group was dubbed as ‘One of the most important bands in contemporary Indian music’ by Rolling Stone India.

Indus Creed was one of the earliest rock groups in India. They started with performing covers of British and American music and eventually shifted to performing their own compositions in various events. Their debut album as Rock Machine, Rock ‘n’ Roll Renegade, was released in 1988. The band released their first album as Indus Creed, in 1994 called Indus Creed, with two music videos for the album. 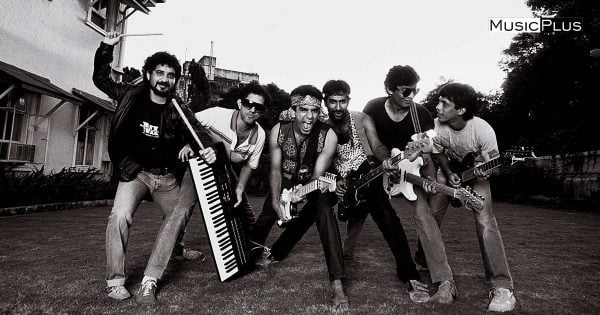 Fireflies is the title track of the album Evolve, released in 2012. The album has 8 tracks in total, with Fireflies taking the lead with its soulful lyrics and melody. The song was put out as a single with its own music video. Watch the video here –

Uday Benegal, vocalist and guitarist of the band, talked about the story behind Fireflies. Initially introduced as a movie script, Fireflies was about two brothers in their boyhood years. After coming up with a melody based on the script, the song was accepted by Indus Creed and released with a music video. The vocals and instrumentals are perfectly distinct, making Fireflies a unique listen.

Maalavika Manoj, popularly known recognized with her stage name Mali, is an Indian singer-songwriter based in Mumbai, hailing from Chennai. Her passion for music grew in her teenage years, as Mali played around with lyrics and new melodies. She made her debut as a solo artist in 2013, with the EP Deceptive. 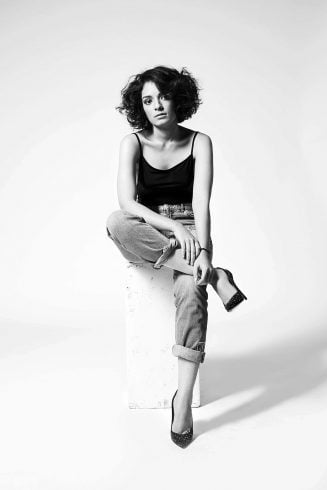 Mali released Rush, a five-track album, in 2017. The songs were later featured in Rolling Stone India’s Top 10. When asked what inspired the song Rush, Mali talked about choosing music as a full-time profession, keeping everything else on hold. The song balances Mali’s sweet yet strong vocals with good instrumentals in the background.

Rush easily comes under the top best English songs by Indian artists. Watch the video of Rush below –

Akshit Dhall is an independent artist based in Pune. He released his debut EP 30th of February in 2019 with 6 soulful tracks. Dhall is known well for his honey-blended vocals and soft background instrumentals. In an exclusive interview with the rising artist, Dhall revealed the inspiration behind his compositions and his wish to convey warm messages through them. 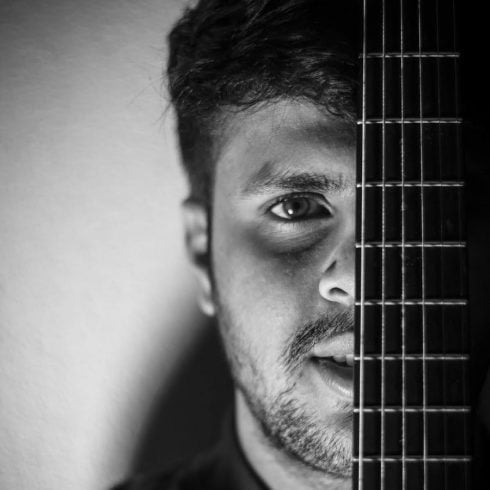 Released as a single very recently, Home is a soft, melodious track that brings back memories. The lyrics talk about the memories of our hometown that bring a strong sense of nostalgia. Dhall himself pursues his career in Pune, far away from his home in Rohtak. The song includes sounds of nature, the traffic, a cycle, and birds chirping in the morning, adding to the song’s feel as he sings about little things he misses in his new city.

Home is that one song that needs to be on everyone’s list of English songs by Indian artists. The vibe Home carries cannot be put into words. Listen to the beautiful track below –

next 2 me – Armaan Malik

India’s indie scene is gaining popularity all over the globe, with popular and rising artists. However, the list of English Songs by Indian artists is incomplete without our own Indian playback singer Armaan Malik’s entry into international pop music.

Armaan Malik made his debut as a successful English artist with his first single Control, which scored more than 35 million streams on music platforms.

Armaan released his second English-language track, ‘next 2 me’, in June 2020. The song talks about craving for a loved one’s presence beside us, hinting at the current mishaps worldwide. Armaan’s sweet voice sync well with the slightly upbeat background music, giving the song a fresh feel.

The lyrical video released along with the song is worth a watch!

In My City – Priyanka Chopra

Along with playback singers and independent musicians, next in the list of English songs by Indian artists is actress Priyanka Chopra’s single In My City. Priyanka grabbed her title as a Western pop artist with this debut single. 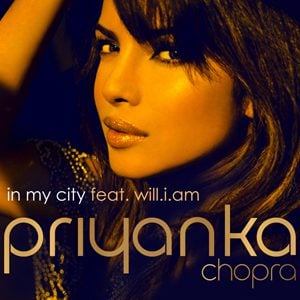 In My City – Wikipedia

In My City was released in September 2012, in India first, then internationally, featuring rapper will.i.am. The song was a massive hit on Indian streaming platforms. Critics were seen focusing on Priyanka Chopra’s strong vocals and range. She pulled off the song effortlessly with her perfectly good Western accent. Other songs by Priyanka Chopra, which can classify under English songs by Indian artists are Exotic; I Can’t Make You Love Me, and Young & Free.

Skyfall ‘in a sari’ – Usha Uthup

Usha Uthup was one of the first Indian artists to introduce Western singing in India. A legendary playback singer, Usha Uthup is known widely for her deep, thick vocals.

Usha Uthup’s famous English numbers include covers of ‘Greenback Dollar’ and ‘Scotch and Soda’ by The Kingston Trio, and Gloria Gaynor’s ‘I Will Survive’ among many others. She also recorded the song ‘Rhythm and Blues’ with rock band Parikrama.

At INK2013, Usha Uthup performed a cover of Adele’s hit song Skyfall. The performance gained popularity across the country quickly, with news outlets and netizens dubbing her as the queen of vocals. Usha’s cover of the hit song was renamed ‘Skyfall in a Sari,’ regarding her introductory lines right before performing it beautifully.

One of the most legendary English songs by an Indian artist, Skyfall in a Sari is a must-watch for all Usha Uthup lovers –

A.R. Rahman is loved and respected all over the world for his incomparable contribution to the music industry not only in India but internationally as well. Popularly known for his compositions in Indian languages, Rahman also made English music, adding his music to the English songs list by Indian artists. 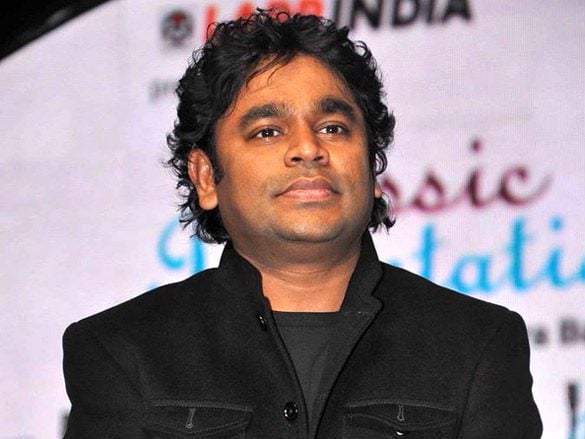 A.R. Rahman worked alongside rapper Blaaze, Gil Levy, and lyricist Irshad Kamil to compose this multilingual track. Infinite Love was released on the 20th of December 2012, right before ‘said’ Dooms Day to build optimism and faith among people. The song attempts to bring together people from around the world to co-exist amidst individual and cultural differences.

One can find many English songs by Indian artists, with the rise of independent acts – indie, jazz, rock bands, solo artists, and composers. These acts are gaining their audience’s hearts rapidly with a rise in performance at gigs, fests, local open mics, etc. Youtube and Instagram musicians like Arya Dhayal and Yashraj Mukhate are growing viral day-by-day with their creative, funky, and entertaining twists to existing English and local Indian music. 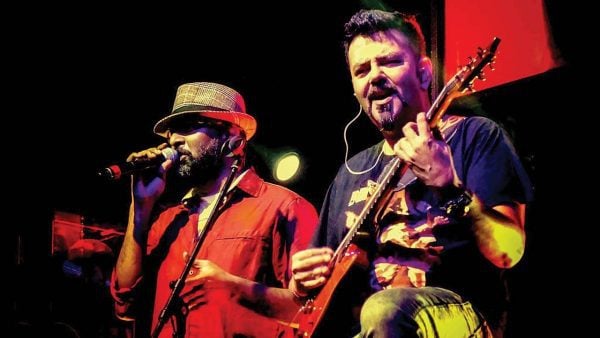 Other famous independent artists you need definitely need to check out if you are looking out for English songs by Indian artists are – When Chai Met Toast, Easy Wanderlings, Anuv Jain, Prateek Kuhad, Hanita Bhambri, Peter Cat Recording Co., Fiddlecraft, Achal Nayyar, and Yashraj Mukhate among many others.

1 thought on “8 Most Loved English Songs by Indian Artists”