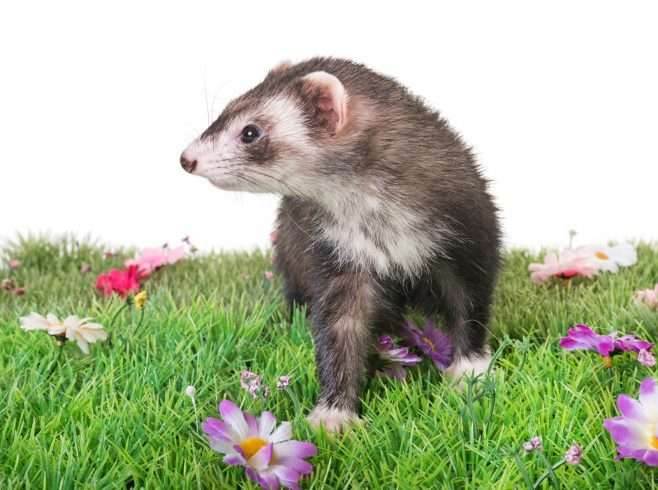 Once declared extinct in 1979, the conservation programmes have reintroduced ferrets, maintaining the ecological balance in nature.

Let’s list some of the scientific classifications of the black footed ferrets.

How did the Black footed ferret evolve?

Black footed ferrets are close relatives of the Asian steppe polecat and are the progressive forms of the European polecat, as they relate to each other as carnivores. Their ancestor is Mustela stromeri, through which the European polecats have also evolved.

It is believed that the black footed ferrets evolved and diverged away from their ancestors around 500,000 to 2,000,000 years back, most probably in a place called Beringia. This endangered species is believed to have appeared in the Great Basin and the Rockies around 75000 years ago.

The discovery has been made at the place where ferrets have diverged, thus indicating that prairie dogs and black footed ferrets have similarities between them, dating back to thousands of years.

These species have always been rare but have been included in the endangered species category lately.

The black footed ferrets have long, slender bodies with long black lines over their faces, ears, tails and feet.

A black footed ferret has arched foreheads, broad, while the muzzle is short. The face structure comprises a few whiskers, and the ears are short, broad, erect and triangular at the base.

Though they have long, slender bodies similar to polecats, they are similar to whales and the weasel family.

A female black footed ferret is around 10% smaller than its male counterpart. It weighs about 650-1400 grams.

The black footed ferrets, held for a captive breeding program, are smaller than the wild ferrets. They are held at reintroduction sites for research and reintroduction.

The black-footed ferret has a pale yellow coloured body, while the back of its ears and neck are dirty whitish.

These endangered mammals are considered a part of the solitary animals’ group. They prefer to stay alone and not in groups, frequently hunting prairie dogs in the prairie dog burrows.

They remain active from dusk till midnight and from 4 am early morning to midday.

Climate and seasonal changes do not generally affect a black-footed ferret’s activity and hunting habits.

However, they are hyperactive during late summers and early autumns. In winters, they can remain active for 6 days in their burrows.

Territorial behaviour of the black-footed ferret

Their range is much smaller than male black footed ferrets. Males sometimes also occupy the home ranges of female ferrets, including several of them.

Adult female black footed ferrets tend to occupy the same marked territory every year, though sometimes it may coincide with a male.

Research has shown that in 1985, some of the black footed ferrets had also occupied the territories of the white prairie dog populations.

The average movement around the year of the black footed ferrets among prairie dog populations has been 2.5km per night.

The movement of Black footed ferrets in prairie dog colonies has been related to many factors. These factors include breeding season, sex, mating season, prey density. It has also been affected by a decrease in prairie dog numbers.

The black footed ferret movements increase during winters, i.e., from December to March.

Female black footed ferrets organise their ranges as per their needs to raise their young ones.

A black footed ferret becomes sexually mature at the age of one, and mating occurs from March to April, generally having low reproduction rates.

They have a gestation period of 41 to 43 days, giving birth to a litter of kits, ranging from 3-5 kits at a time. The kits are born in May and June in the prairie dog burrows.

The kits emerge above the ground in July. Mumma takes the responsibility of raising young kits for around 42 weeks, teaching them survival skills.

After 42 weeks, the kit can sustain itself and can sometimes leave the Mumma black-footed ferret to explore on its own. This dispersal takes place from August to October.

What does a Black footed ferret eat?

A black footed ferret’s diet consists mainly of prairie dogs. These include 90% of the population who gorge on prairie dogs, while the remaining 10% survives by eating other rodents.

The diet also depends from region to region.

Many black-footed ferrets in these regions survive on the white-tailed prairie dog population.

Still, when these prairie dogs go for their hibernation period, the black-footed ferret is forced to find alternative food for themselves. The alternatives include mice and other small animals.

This black-tailed prairie dog population does not hibernate, so a seasonal change in the black-footed ferret’s diet sometimes occurs.

A study was conducted in the year 1983, in which it was published that the energy requirements of the male and female black-footed ferrets differ from each other.

With such a huge requirement of Mumma ferret and her kits, conservatists have identified that a huge range of prairie dog colonies needs to be protected, as they too are becoming a threatened species due to their habitat loss.

Reducing the number of prairie dogs will cause scarcity of food for black-footed ferrets, leading to deaths due to starvation.

These numbers have been estimated according to the energy requirements of one Mumma black-footed ferret.

Where can the Black-Footed Ferret be found?

The habitats of the black-footed ferret population are similar to that of prairie dogs, though not restricted to the ranges of prairie dog towns.

Reintroduction sites have been set up to prevent habitat loss and protect the once thought extinct species.

The reintroduction sites are:

For how long does one ferret survive?

The average lifespan of one ferret is estimated to be 1-3 years for those who are wild. At the same time, the held captive do survive for about 4-6 years.

Researchers have found that the high mortality rates of ferrets have been due to their habitat loss, rodent poisons and exposure to human diseases.

Since these ferrets are highly dependent on prairie dogs, black-footed ferret also gets affected due to the reduction in the number of prairie dogs.

Golden eagles are considered the black-footed ferret’s biggest and most dangerous predators.

Black-footed ferrets are susceptible to canine distemper. Canine distemper had perished the Meeteetse ferrets’ population in the year 1985.

A virus vaccine used to control domestic ferrets caused the death of a huge population of ferrets. They were almost declared extinct.

These delicate mammalian species is also sensitive and affected by harsh weather conditions. These ferrets require a moderate temperature to survive.

Artificial insemination has also been used to reproduce the ferrets and increase their population.

North American zoos, private landowners of the regions have put in their effort to revive the ferrets and reintroduce them in their natural habitat.

The private landowners play the central role and federal agencies to increase the reduced population of the ferrets.

Well, it’s a continuous struggle to save the endangered species, but we must do what is possible by ourselves.

This is all on black footed ferrets. I hope you enjoyed reading this article.

7 Enchant Animals That Mate For Life

American Black Bear: Everything You Need to Know

10 Must Know Facts About Bats 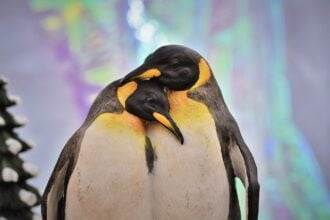 7 Enchant Animals That Mate For Life 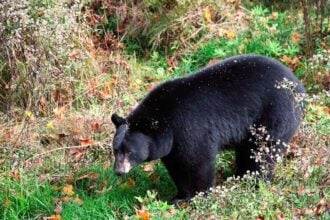 American Black Bear: Everything You Need to Know 10 Must Know Facts About Bats 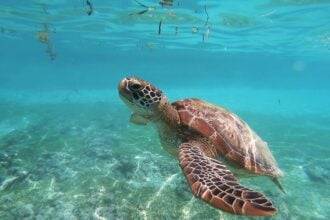