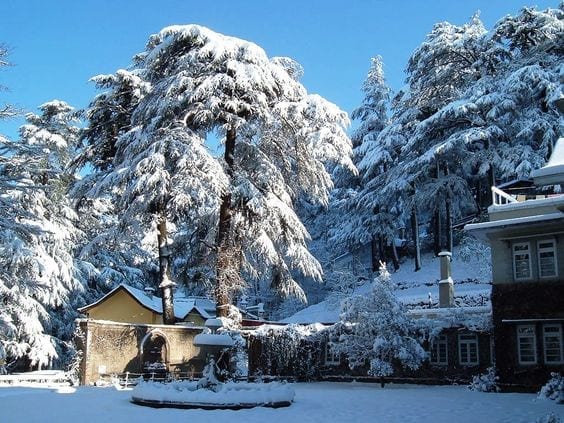 For every Bollywood fan, the locations in the background of super romantic songs or fight scenes are no less than a paradise.

So here’s a list of some foreign and domestic destinations every Bollywood fan must visit at least one: The mystery – thriller left us spellbound by the plot and equally astonished with the way the already proclaimed locations of Dubai were showcased. The movie and the location seemed like the match made in the heaven. We can’t argue that watching Salman Khan and Asin singing, dancing and romancing in different parts of Thailand gave us sleepless nights wanting to leave everything behind and go visit the place for however long as we could. The movie was mostly shot in Bangkok and Pattaya.

Let’s be honest, we all went gaga over the beauty of the Manali and fascinated going there with our friends while watching Ye Jawani hai Deewani. The beautiful mountains and the clear sky. After the release of the movie, the destination became even more popular among young travelers. Remember Shahid Kapoor and Kareena Kapoor dancing to “ye Ishq Haye”, and being mesmerized by the beauty the background was holding? I bet you do. The movie popularized Shimla (not that it was any less popular earlier) but the popularity increased very much. In the last scene of 3 Idiots, the best friends reunited after a very long time, Rancho was finally found. The scene was filmed at the Pangong lake in Ladakh, one of the most popular spots there. Aditya Roy Kapoor – Katrina Kaif – Tabbu – Ajay Devgan, starrer ‘Fitoor’, was shot primarily in Kashmir. The story line was based in Kashmir and the movie did justice to the location. The beauty of Srinagar was showcased in the best way possible, and the love of Firdaus and Noor totally complimented the beauty of the destination.

Not many people know, but around one – third of the movie was filmed in Mauritius and not Goa, irrespective of what the title of the flick suggests. The movie without any doubt represented the assets of Mauritius, the gorgeous beaches, the luxuriant forests, and the breathtaking Rochester Falls.

It was nothing less than dreamy to watch our very own superhero, Krishh, in the country homing a marvelous skyline. Many popular and fascinating locations like Elgin Bridge, Southern Islands, Suntec City Fountain of Wealth,  and Merlion were very beautifully flaunted in the movie, giving us major travel goals.