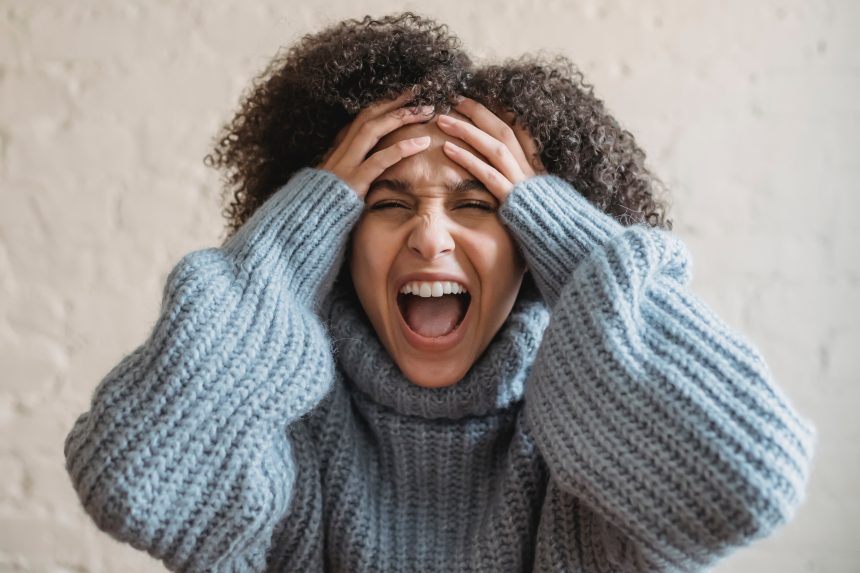 Wondering how to get a song out of your head? Well, you are not the only one!

Contents
1) How to Get a Song Out Of Your Head- 9 Effective Answers1.1) Get Involved in Other Activities1.2) Try Listening to Other Music1.3) Avoid Listening to Songs that Sound Repetitive or Which Has Easy Lyrics1.4) Consider Using Chewing Gum1.5) Try to Eliminate the Zeigarnik Effect1.6) Don’t Try Too Hard!1.7) Introduce Yourself to The World of Puzzles1.8) Try Meditation1.9) Start Listening to The Radio or Podcasts2) What Is the Cause of Earworms3) Earworms as A Threat

It is one of the most common things which all of us would’ve experienced at least once in our lifetime. When our mind refuses to give up that particular song that was played randomly and the music just loops on again and again. God, it’s frustrating! Especially when you are in the middle of something which requires your utmost concentration. The situation just feels like forever. The song which you heard just moments before continues to play inside your mind in a loop. It just doesn’t stop.

A lot of people had this unpleasant experience and are still in search of a solution. Now this problem we are going to talk about is known as earworms in the modern world. This condition is scientifically termed involuntary musical imagery. The worst thing about this situation is that these things are involuntary.

So, if you are a person who requires an effective solution to stop these earworms, you are in the right place. Settle down and continue reading to find out the most common and possible solutions for the question of how to get a song out of your head.

In the current world of lovers and appreciators of good music, this problem is quite often which makes it one of the most commonly suffered ones as well. This situation known as earworms or the Stuck song syndrome can be stopped by a few effective steps. Let us look at some of them below.

1.1) Get Involved in Other Activities

When you start experiencing earworms, it might be one of the most unpleasant feelings which you must go through. But to stop them, you are required to just forget about them by getting yourself involved in other activities which require your effort. Distracting yourself by doing something will automatically get your thoughts out of the stuck song syndrome. It is because as you continue doing things, your mind steps further away from the musical loop functioning within your head. This is the basic answer to the question of how to get a song out of your head.

1.2) Try Listening to Other Music

This is a working method for the question of how to get a song out of your head. A thorn can only be taken by a thorn. The same quote goes here as well. A song’s involuntary obsession can only be stopped by falling in love with other songs. The world is filled with a lot of fantastic music and it is miserable for a person to just stick his head to one portion of a certain song.

So, try listening to every other song out there. You have a lot of music genres out there that you might end up liking, or even loving it. So, if you have songs stuck in your head, try exploring different songs to come out of the earworm situation. In this process, you might’ve even discovered your love for certain music genres and new songs as well.

1.3) Avoid Listening to Songs that Sound Repetitive or Which Has Easy Lyrics

Some people find songs annoying and tasteless when it sounds repetitive. Repetitive songs are made by tunes that just run over again and again without any change. Now, this feature of repetitive songs makes them one of the easiest song categories to make the listeners the victims of earworms. Earworms occur easily when the song is repetitive.

The song even sticks to your head when the lyrics are easy and provoking. If the lyrics sound easy to sing along to, it is most likely that the song will get stuck to your head without any trouble. So try to avoid listening to songs that sound repetitive or have easy lyrics.

There is a very popular theory that associates the human usage of chewing gum and how it nullifies the effect of certain tones. It is said that the jaw movement of the person is directly related to his ability to concentrate.

The jaw movements affect muscle cognition. Chewing gum will increase your senses and improves your attention and alertness. Now when most of the mind’s work goes into alertness and attention, none of the other things remain the same. In that stage, the song stuck in your head might’ve just flown away due to a lack of involuntary attention.

1.5) Try to Eliminate the Zeigarnik Effect

The Zeigarnik effect is a prominent theory based in the field of psychology. It can be simply defined as the ability of the brain to recall things that were left uncompleted or interrupted in the past, rather than the ones which were completed. Your brain is good at remembering incomplete things than completed ones. Now, when a song is looping within your mind, it just means that you have only listened to that portion of the song.

This leaves us to the conclusion that our brain tends to remember the tones and verses of incomplete songs more than the completed ones. Listen to the entire song whenever you can. Now when you start to listen to the whole song in a single go, your whole perception might change and you might get your answer to the question of how to get a song out of your head.

1.7) Introduce Yourself to The World of Puzzles

As said before, taking a diversion and distracting yourself by doing some kind of activity might help you to effectively answer the question of how to get a song out of your head. British researchers have found out that puzzles are one of the most effective methods to stop your earworm from growing.

Word puzzles are one of the best when it comes to distracting yourself. Crossword puzzles also belong to the category of best puzzles which might require your utmost concentration. Now when earworms occur, getting involved with puzzles is quite a smart move. It is an enjoyable activity, it helps to get rid of your earworm, and ultimately, you will become smarter gradually.

Meditation is a very powerful action that allows a person to upgrade his concentration to the next level. Earworms happen to a lot of people. But only some of them tackle the situation with the help of meditation. You can check out a lot of breathing exercises available on Youtube which will help you with your concentration issues.

Meditation gives you proper command over your concentration. Getting rid of earworms is just a minor problem that is dealt with through meditation. Meditation is a vast field that requires a lot of exploration. You might find your optimal answer to the question of how to get a song out of your head when you dive into the field of meditation.

1.9) Start Listening to The Radio or Podcasts

2) What Is the Cause of Earworms

The brain is a complex matter which requires content to function. Apart from the nutrients taken as essential, it needs information to stay alive and active. We have the auditory cortex which is associated with the hearing sense in human beings. It is located in the frontal lobe of the human brain. This auditory cortex requires content to report proper data to the whole brain.

Now when your brain hears catchy tunes and songs which are repetitive, a unique loop is formed within your brain. Short-term memory plays the role of remembering the loop here.

Earworms occur to a large group of teenagers in the current world as they are an active community listening to various songs of different genres.

Pop songs are the most prominent ones in causing earworms. Most pop songs have a catchy tune, an earworm-generating tune that automatically induces a loop within the person’s mind. Let us get to know more about earworms and their dangers.

3) Earworms as A Threat

Dealing with the earworm situation is quite funny. Well at least, it is the initial stage. Earworms only last a few hours or for a day maximum. But it turns into a problem when it lasts more than a whole day. It is because constant earworms might affect your ability to concentrate on vital things. Important actions which require your utmost concentration will be affected to the core.

Now on the other hand we have the earworm situation which occurs especially during the night time. When a person experiences constant earworms during the night time, chances are, they might develop insomnia. Insomnia is one of the most disturbing health conditions one could have. It will start with a deteriorated mental condition and will end up with physical turmoil of the person.

Insomnia caused by earworms is an extremely rare condition. But it can be dealt with sleeping medications as prescribed by a psychologist or a doctor. The problem will not draw most of your concern. Other than this, earworms have caused migraine pains and stress very rarely.

These are some of the effective answers to the question of how to get a song out of your head. I hope this article was quite informative to you. Feel free to check out one of the related content, 7 Advantages of meditation brought to you by Icytales.