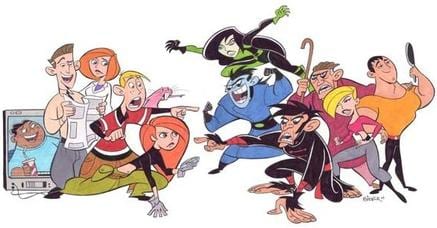 Dora the Explorer is an American tv series created by the trio Gifford, Valdes, and Weiner. It first premiered on Nickelodeon and ran its last episode in 2019 itself. The series revolves around a seven-year-old, Dora taking us on adventures and quests. Her only companion is a talking backpack and a monkey who goes by the name Boots.
Kids loved her adventures. No seven-year-old in reality has so much freedom. Dora solves puzzles and aces her adventures so easily. Everyone wanted to be like her!
The cartoon requires active and interactive participation from its viewers. Dora calls on the spectators, again and again, to join them and help them overcome an obstacle. It is a great way of educating children along with having fun. It develops creative & problem-solving capabilities. 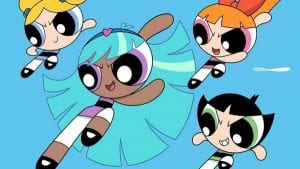 Buttercup, Bubbles, and Blossom is our trio from Powerpuff girls. They were created accidentally in a lab by Prof. Utonium. But Professor U’s mistake came in very handy. They started guarding their town, Townsville. They fought Mojo-Jojo, the GreenGang, and Him.

It was every girl’s dream to be them and they were every boy’s crush during the ’90s finding a place in our hearts. They can be entirely girly but still can kick anyone’s butt without any help. The American Series was created by McCracken. They released it on the channel Cartoon Network.
Blossom is pink, Bubbles is Blue and Buttercup is green. They use their accidental but unique powers to save their town. They help the Mayor in catching criminals and fighting their enemies.
The list of female cartoon characters from the 90s is incomplete without them. Blossom is their leader. Bubbles is breaking hearts since 1998 with her cuteness. Buttercup is the strongest out of the three on the mission to save their little world. They have to be the best female cartoon characters from the 90s.

Another character from the Disney Princess movie is Pocahontas. She is very underrated in the world of animation. She is the daughter of the Native American leader, Chief Powhatan in Virginia. Pocahontas won my heart with her courageous spirit and immense love for nature.
Unfortunately, she falls in love with Smith. He is a settler trying to endanger their natural home. It inspires her to save it from ruin and bring peace among them all with her best friend who was a raccoon. (How cool is that, a raccoon as the BFF?)
A princess fighting her own fight to save her home and the love of her life than the other way around? What more could one ask for?

The female cartoon character from the 90s next in line is Lisa Simpson herself, in all her glory and sass. Lisa Marie Simpson is a female animated character from The Simpsons television series. She is the middle child of Marge and Homer Simpsons. Born after her older brother, Bart and before her younger sister, Maggie.
Lisa is a highly intellectual setting a moral ground for her entire family. She is aware of all the recent political and environmental issues. She raises her voice against the wrong-doings and doers. She is a liberal and feminist. She freely expresses her opinions on every major issue.
She is a precocious girl who is very ahead of her own time. She has a level of maturity that most adults don’t have. She is a fun and lovable character. I wish I was as confident and bold as Lisa was in her own childhood. 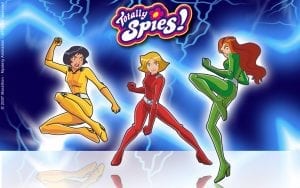 The sixth item on our list of female cartoon characters from the 90s is another trio of three Teenage girls. Their names are Sam, Clover, and Alex. They are not really good at spying but always attempt to give their best to the given tasks. The cartoon is funny and comic. We see three girls struggling their way to becoming the Total Spies of their town, Beverly Hills.
As beautiful teenage girls, they use their charms as weapons against their enemies. They seduce them into their ultimate defeat. The three of them are depicted as feminist TV characters. They openly embrace their masculine as well as feminine aspects.
They are are interested in different things and have different personalities. But they don’t let these differences get in the way of their mission.

Next on the list of female cartoon characters from the 90s is Belle. She stars in a Disney Princess movie named Beauty And The Beast. She is the most loved and celebrated character all around the world. Belle is the epitome of beauty who falls in love with the ugly beast who captures her. She has a pure heart and a never-give-up attitude. She brings a change in the beast who falls in love with her. Later he turns out to be a prince who was cursed to remain a beast until someone accepts and loves him for who he is.
There are exciting debates on whether we can call Belle feminist. For one, I think she was a feminist character stuck in the same old circle of patriarchy. She makes the decision of giving up her own life to save her father with with great courage. Despite her father’s pleas, she frees him by taking his place. True, Belle is known for her beauty. But she is an intelligent woman and an avid reader.
Over time there have been various adaptations of Beauty and the Beast. But the ’90s one remains a classic till today. That is why it is on the list of female cartoon characters from the 90s.

South Park is a cartoon series from the late 1990s, but it is a bit different from the others. South Park caters to an adult audience, not children. It comments on a wide range of sociopolitical issues through satire.

A prominent female character on South Park is Wendy Testaburger. Wendy is way smarter than children her age. She identifies as a feminist at the age of ten! She speaks for herself. She refuses to give in to peer pressure and is a refreshing break from the male-dominated cast of South Park.

Tiny Toon Adventures features a group of young folks. They are learning the ropes of comedy from their Looney Tunes mentors. It was produced by Warner Bros, the same folks who brought Looney Tunes to us. You could call it a sequel to Looney Tunes.

Babs Bunny is everything you would associate with a girl: a sweet smile, pink color, and bowed ribbons. But wait till you see her stand-up routine. What’s that? You think women can’t be funny? Babs Bunny from Tiny Toon Adventures will break this stereotype!

Improv comedy is her forte, and she is as good as Robin Williams. Her spot-on impressions annoy the heck out of her friends sometimes. Full of energy and charm, Babs Bunny from Tiny Toon Adventures is the nicest friend anyone could ask for.

Who is your favorite 90’s Female Cartoon Character? 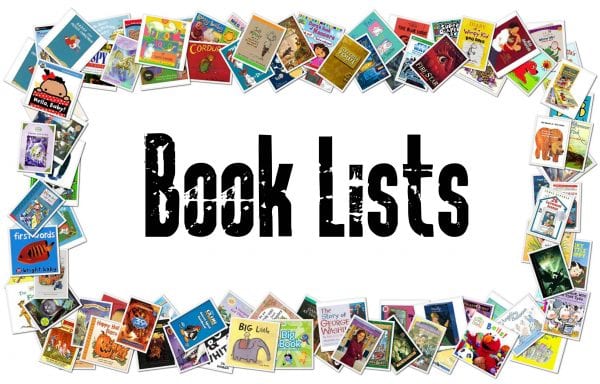 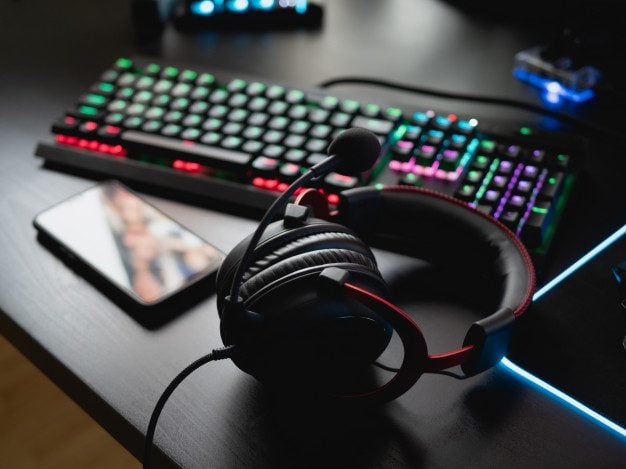