“I just want to look more beautiful”- A line used by women worldwide. Maybe you just said this to yourself when you looked in the mirror five minutes ago. But people are going through extreme procedures just for this simple feeling!

Does altering your face make you feel confident and happy? If so, what are the different Korean plastic surgery techniques? Beverly Hills of the United States was known as the plastic surgery capital of the world. But the title of the highest plastic surgery per capita was won by South Korea!

South Korean women, especially actors and anyone belonging to the entertainment industry, have claimed that their line is competitive. But we have seen high school kids and teenagers of South Korea getting a nose job. Their parents give them plastic surgery as graduation presents just like ours give us cars!

Koreans do not undergo surgical procedures to be just ‘normal,’ they aim for excellence, and this is one of the reasons why Korean plastic surgery has seen a boom in the last couple of years.  The Korean beauty standard is beyond our reach and thrives for perfection.

Today Seoul can be called the plastic surgery center of our world. It has more than 600 clinics that receive local as well as foreign patients throughout the year.

Korean plastic surgery culture mainly came into being with the Korean war. Military doctors used to do double eyelid surgery on the patients or soldiers of the war to get rid of their small eyes.

Later on, it entered the mainstream culture slowly throughout the 1960s-70s. It was declared legal by the Supreme court on and from 1974. 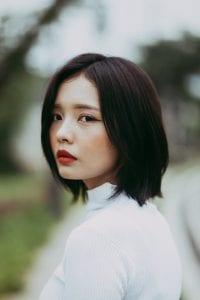 Some of the iconic cosmetic surgeries include breast augmentation, rhinoplasty (nose job), liposuction, and double jaw surgery. South Korean women mainly tend to use this as an anti-aging procedure too. Doctors have claimed women want to hold on to their youthful looks and are ready to spend any money on these surgeries.

Why is Korean plastic surgery different?

South Korean women want to achieve a ‘universal’ beauty standard. There is a fundamental difference between Asian plastic surgery and American plastic surgery trends. In America, you will find most of the people getting liposuction.

Here in South Korea, that rate is almost negligible. Self-improvement does not end here. They believe you cannot stop making yourself better. They do everything and anything possible to get the desired symmetrical face, but that does not often happen!

Teens and young adults are getting their nose done or reconstructing their entire jaw to get a slimmer, sharper jawline! The special attitude of Korean towards beauty pushes them to see this as a challenge. They do not envy other’s beauty but try to attain it themselves! 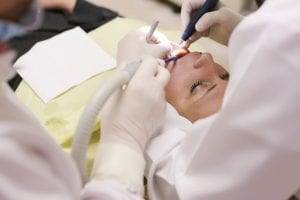 Facial bone contouring, nose, and jawline are the three main procedures done by Korean women age 19-29. Almost 1 of 3 women in this age groups claims to have undergone surgical procedures. Did you know a K-Pop band called ‘Six Bomb’ spent $88,600 on plastic surgery just for a video?

You might rule this need for perfection as a cry for help or low self-esteem, and that is, to some extent, true. There has been a backlash against Korean plastic surgery, and Seoul Metro is trying to ban huge banners that encourage plastic surgeries.

The Gangnam district of Seoul has an entire street dedicated to plastic surgery clinics! Plastic surgeons have confessed that it is not uncommon in Korea for people to comment on other person’s facial features or bodies. The Korean plastic surgery industry is flourishing even more.

The definition of perfection varies from one person to another. Similarly, Koreans have their definition. There is a huge myth that Koreans want to look white like the Western people, but that is so not the case.

Pale skin has always been one of the major marks in Asian beauty standards. And, when it comes to eyes, Asians are known for their small eyes. To make them look bigger or more significant, they opt for double eyelid surgery.

When it comes to the jawline, Koreans opt for slimmer instead of the stronger jawline. They do not prefer full or thick lips, so lip fillers are not so common in Korean plastic surgery.

There is even an option for the nose bridge augmentation to uplift or reduce the tip of your nose bridge.

Also, the Koreans have a different idea about their nose bridges, which are not similar to the iconic Caucasian nose structure. Here we have created a list of the most popular cosmetic procedures in the Korean Plastic Surgery industry.

Everyone has their ideal nose- the one they dream of. The same is in the case of South Korean women. Measurements and statistics can tell you which one is perfect for you.

Noses are a significant part of our body and make up for 1/3 of the face. The essential part of having a symmetrical look is to have a nose that fits the frame perfectly. 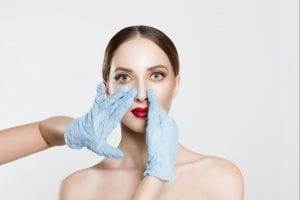 This is quite a painless procedure and can be done in an hour or even less time. But the recovery will take two to four weeks, after which you can get the perfect nose of your dreams.

Seoul Medical Guide, known for its professionalism and success rate and will help you achieve the exact nose you want.

Blepharoplasty is the process of double eyelid surgery. The process is very common in the Korean plastic surgery industry due to their small ‘oriental’ eyes. Blepharoplasty is also often done as an anti-aging treatment to give that radiant, glowing younger look.

To achieve the bigger eyes, people have a procedure done called ptosis correction, which even cures the bags under your eyes or those pesky undereye dark circles in general. The procedure time is just an hour. 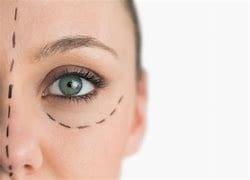 Brow lifting is also a common procedure associated with Blepharoplasty, which involves an incision in the eyebrow line to give you that perfect lift in the eyebrows. The forehead can also be tightened for a younger look via this procedure.

Do you want your face to look perfectly well balanced and shaped? Opt for one of the innumerable face contouring procedures offered in various South Korean Plastic surgery clinics.

Zygoma reduction, mandible reduction, chin alternation are some of the major procedures when it comes to face contouring. Fat grafting is also done to reduce the fine lines on your cheeks and forehead. 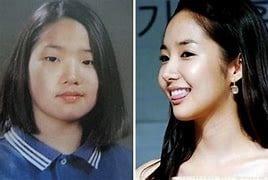 V-line procedures are also a renowned procedure, but the recovery time is a bit longer as compared to others. It takes just an hour for this procedure and three to seven days are the recommended recovery time.

Aging is a natural phenomenon. But what do you do when you don’t want to look old and maintain that radiant, youthful skin? Things are not as hard as they used to be, and Korea has what you want!

A neck lift, face-lift, fat addition, fat removal, and excess skin removal are the different anti-aging procedures available for you. If you don’t want to have any surgical procedure, then there is plenty of non-surgical methods as well. Botox, stem cell therapy, laser tightening are just a few of the many.

If you have some depression in your face, fillers are the best remedies for that. These procedures last for two to ten years and can be done in just an hour. Recovery time usually is a week or so.

No matter how much you go on intermittent fasting or paleo diet, some parts of your body tend to store more fat than usual. We can all relate to this fact. No matter how many ab workouts you do or how much you maintain, you often feel depressed as you don’t get that much-desired beach curves! 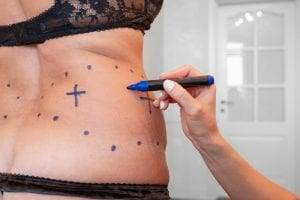 Excess skin removal and liposuction can fix this issue in no time at all. The whole procedure takes about one to two hours and is considered a trendy one in the Korean Plastic surgery business.

No, this is not true at all. The majority of the South Korean population has not undergone any plastic or cosmetic surgery. Yes, it is the place that has the highest number of plastic surgeries per capita, but it is mainly due to the people of Seoul.

It is kind of similar to that of Beverly Hills of the United States. The people of the entertainment industry tend to go under the knife, and this is affecting the younger generation as well. But certain protests are also going on. 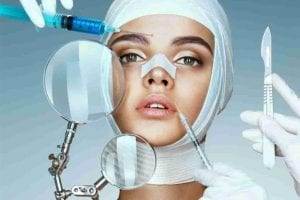 What is your take on the Korean plastic surgery? Do you like the thought of perfecting your face or think it’s cringy to alter something that God has gifted? Let us know your opinions on this matter!