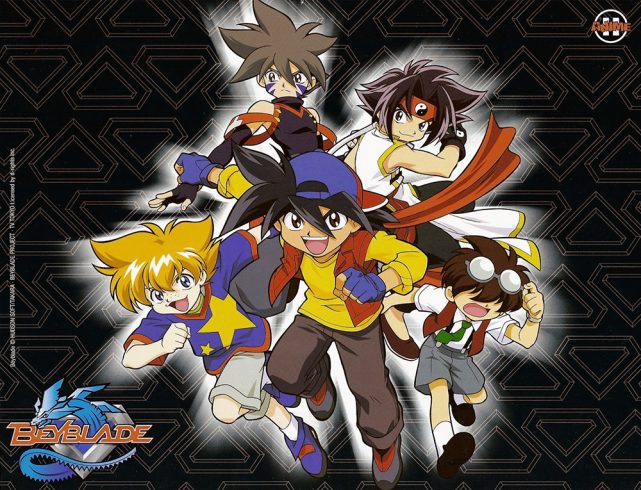 “Anime” is the term used for Japanese animated productions. Anime Series have always been the fantasies of children. They are entertaining to watch and attract people of all ages. Their characteristic animation like spiky hairstyles, loud action, and much more make them a league apart from other animations.

So, here’s a listing of 5 must-watch anime series that you should not miss:

Those mighty creatures and an ever-ready Ash Ketchum with his hamster-like cute Pikachu- who would not watch this series? Three badass “rocketeers”(read: Team Rocket) add more to the fun, constantly bumping into the story track from nowhere only to steal others’ Pokemon and consequently to get thwarted by Ash and the team getting kicked high into the sky. It is one of the must-watch anime series.

Those cool Pokedexes tempt you to have one yourself. Gym battles and the showdown are good enough to make you feel the rush. Ash’s friends change, and Pokemon increase in types, but Ash, Pikachu, and Team Rocket never change no matter which the series is. A fun watch.

This series made every kid go gaga over the “Japanese Lattus” (read: which never “spin down“) with beasts coming out of their centers to get into a good rumble. The Beyblade battles bring in an adrenaline rush, with those bey bladders flaunting a bizarre fashion sense of their own. Spinning tops (read: hyped ordinary tops) and their masters serve you some high-end “Anime Action” to keep you engaged. It is one of the must-watch anime series.

The characters of this series don’t give a damn about the Earth’s gravity. Mind-boggling action between the good and evil aliens leaves every kid and grown-up awe-stricken. Not just this mid-air action, but these lads’ “dynamic hairstyles” and “perfectly chiseled body” are also a thrill to watch.

This anime franchise spawned many series, tells the story of the main protagonist Goku- his childhood, befriending his enemies, Vegeta and Piccolo, Gohan- Goku’s and Bulma’s son… phew, it’s one hell of a collection of stories altogether. Oh! Don’t worry; I didn’t forget. Here it is: “KAMEHAMEHA.” It is one of the must-watch anime series.

If weird anti grammar language, illogical questions, and a mad kid with an insane family are what you like, Nohara’s will leave no stone unturned to tickle your funny bone. It is one of the must-watch anime series.

Shinchan is the happy-go-lucky kid who says “Welcome Back“ when he comes back home, tries wooing older gals, enacts superhero “Action Kamen“ and drives you crazy with his ultra-nonsense talks.

The newer series features Shinchan’s younger sibling- Himawari, following the formula “Like Brother Like Sister.” The characteristic crooked depiction of these characters’ bodies compliments the madness of this show. No storyline is followed as such, so you don’t need your brains for this one. Shinchan is so effective that some parents even started fearing that watching him would turn their child into one like him.

This popular series depicts the age of machines where both humans and robots, robots-some evil and some good life together. Dr. Tenma constructs Astro Boy to replicate his dead son Tobio. The series carries the usual “Robots with Human Emotions” theme forwarded unusually. It is one of the must-watch anime series.

Good robots fighting evil robots, humans befriending robots, full-throttle action, and much more make this series a must-watch for the “Robot freaks.” This one has also got one movie by the same name.