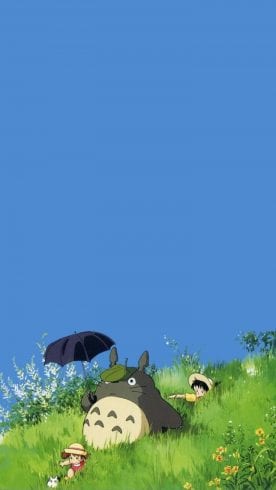 Wondering what are the top animated movies are about and which movies you should not miss out？Keep reading.

Animated movies are the best and simple ways to feel dreamy and happy just within few hours. Starting from kids to adults, who does not love to watch something that makes them feel happy and emotional about a fictional character, check out the top animated movies. 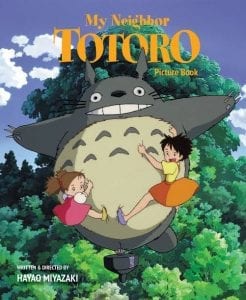 My Neighbour Totoro is a 1988 animated movie made by Hayao Miyazaki. This movie is created by Studio Ghibli production. My neighbor Totoro is believed to be one of the most famous anime movies in Japan, almost every family and children in Japan are aware of the studio Ghibli character Totoro.

This movie tells us a story of two daughters of a professor named Satsuki and Mei. The professor, along with his two daughters, is moving to a rural area in Japan to be near Yasuko, the mother of the two daughters who is ill and admitted to the hospital.

As soon as the daughters moved to their new house, they got acquainted with a creature called sasuwatari, which are spirits according to others.

One day Mei saw two small spirits leaving their house, and she followed them and found out Totoro. Satsuki saw Totoro on a rainy day when she and Mei went to the bus stop with an umbrella for their father.

Totoro had a leaf above his head to cover him from rain, Satsuki gave him the umbrella which she brought for her father, and in return, Totoro gave her a bundle of seeds and nuts. Totoro was waiting for a giant shaped bus, which was a cat to lead him. 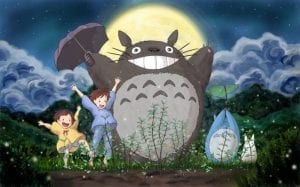 Satsuki and Mei planted those seeds. One night they saw Totoro and his friends dancing around the seeds, and they joined too. The seeds started growing into a massive tree, and after that, they went on a magical flying ride with Totoro.

Later in the movie, Totoro summoned the Cat bus for Satsuki, who was unable to find her sister, Mei, who left to meet her mother in the hospital. Mei was not aware of the track to the hospital. They found Mei, and then they went to the hospital and saw their mother doing well.

If you have not seen this movie watch it as soon as possible.

2.Must Watch Anime: Spirited Away 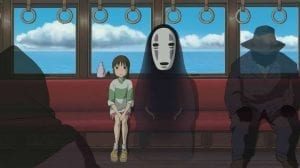 Spirited away depicts a lot of things about life. The train sequence of the play unintentionally, with that background music and everything, portrays what life, death, and what lies beyond that is. It shows the significance of humans in this universe.

It shows that if someone gets the chance to steal your writing, thoughts, and identity, then you lose possession of your freedom and individuality, hence this movie is a must watch.

3.Must Watch Anime: Castle in the Sky 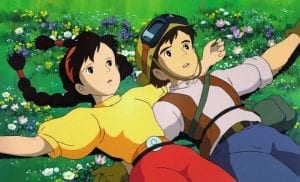 Castle in the Sky is a 1986 animated movie under Studio Ghibli, which is written and directed by Hayao Miyazaki. This movie is based on the adventure of a young boy and girl who are trying to conceal a crystal from a group of military agents.

Sheeta is being chased by both pirates and military folk led by Muska because they want to take the crystal necklace away from Sheeta. That they will be able to find and reveal the secrets of Laputa. On her way to escape from the troop, she fell from the airplane and landed in the arms of Pazu, a young boy who wants to be like his father and see Laputa.

4.Must Watch Anime: 5 Centimeter per Second 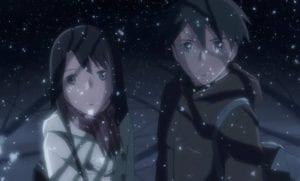 5 Centimeters per Second is a 2007 romantic drama by Makoto Shinkai. This movie has three episodes that depict the life of Takaki Tono and his relationship with girls around him.

The first episode is named Cherry Blossom, here Takaki befriends a girl named, Akari Shinohara and they form a strong bond primarily due to the similarity in tastes. However, they shifted after their elementary school, but they kept contact through letters.

Takaki decided to meet Akari, and both of them wrote a letter to confess their feelings. Takaki lost the letter due to a massive storm, and Akari did not give her letter to Takaki because after their first kiss that night, they knew they would never meet again.

The second segment is Cosmonaut; in this episode, a girl named Kanae Sumida has been in love with Takaki since she first saw him in middle school. Both of them are in third-year senior high, but she did not dare to express her love. Kanae has seen Takaki writing mails to someone.

Later it is revealed that he never sent those mails. In this episode, Takaki has visions of Akira in his thoughts. Kanae gradually realizes that she will not be able to give the type of love or affection that Takaki is looking for. So, she never expresses her love but believes that she will always love him. 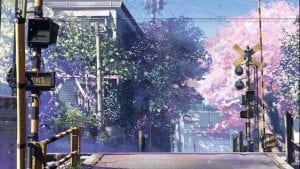 The third segment is named 5 centimeters per second.  In this segment, Takaki breaks up with his current girlfriend, and Akira was preparing for her marriage. Here, both of them seem to recall the day when they met in the station and saw the fall of the cherry blossom together.

5.Must Watch Anime：Grave of the Fireflies 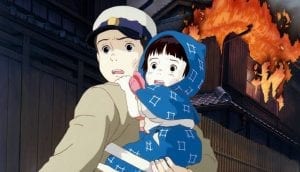 Seita and Setsuko lost their house due to firebombing and their mother due to severe burns. They moved into a house of a distant aunt, who convinced Seita to sell their goods, along with their mother’s Kimono for rice.

One thing that Seita did not sell was Setsuko’s tin of Sakuma drops. There were more people but less ration, their Aunt got harsh and said that they do not even earn to eat the food. 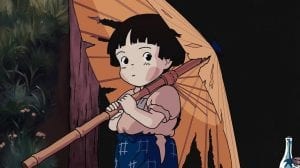 Seita and Setsuko decided to move out of their Aunt’s house and settled their selves in an abandoned bomb shelter. They chose fireflies to lighten up their shelter. But the next day, Setsuko gets sad because the fireflies died, and she buries them in a grave.

Since they got out of food, Seita had to steal from houses and farms during air raids for which he gets beaten up badly.

After a few days, Setsuko got sick, and Seita took her to the doctor, who said that Setsuko was suffering from malnutrition. Seita withdraws all the money from their mother’s bank account, and he got the news of the navy, and his father is most likely to be dead.

After he brought food for Setsuko, he found that Setsuko was hallucinating, and by the time Seita finishes preparing the food, Setsuko dies. Seita collects her ashes on that tin of Sakuma drops.

6.Must Watch Anime: Whisper of the Heart 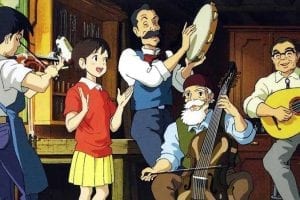 Whisper of the Heart is a Studio Ghibli production, written by Hayao Miyazaki. This movie is not like other Ghibli movies, where one can get dreamy and full of meditation for a simple yet beautiful life. In this movie, the main characters Shizuku and Seiji, tries to do something other than leading a simple life.

They have ambitions; they want to fulfill them. After getting familiar with Shizuku and getting attached to him, Seiji realizes that even she needs to do something for herself. Shizuku went to Italy to become a violin craftsman Seiji started testing herself and started writing a story.

This Ghibli movie is straightforward and motivational for teenagers; one cannot see and fall in love with the thought of being proud of one’s self. 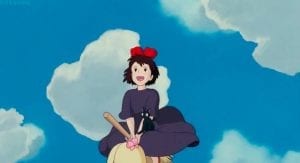 The entire movie is about how Kiki finds her way to survive in the world and how finely she does it; in the process, she loses nexus with one of her closest friends, but the movie depicts that it is a way of growing up. 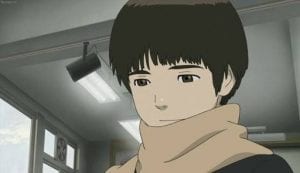 Colorful is a 2010 anime movie written by Eto Mori. This anime movie is very rough and authentic for teenagers. In this movie, a human gets a second chance to live the life of a 14-year-old boy named Makoto, who has committed suicide.  This human started finding reasons why Makoto decided to do that.

Makoto knew about her mother’s extramarital affair, Makoto was disturbed about the fact that his girl crush is involved in a physical relationship with an older man. But slowly, Makoto became open towards the positive aspects of his life; he became a forgiver to the views and points that seemed negative to him.

This movie is a fantastic inspiration for all the ages having difficulty with life.

9.Must Watch Anime: Who’s Left Behind 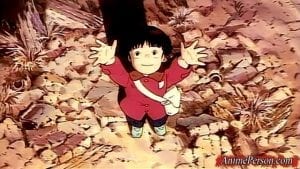 Who’s Left Behind is a lot similar to Grave of the Fireflies except in this movie, the little girl Kayoko will survive alone. Before the war situation, she will ho yo her Aunt’s place leaving her mother, father, grandfather, and brothers behind, and she will lose her entire family except for one brother in the air bombing.

One can never watch this movie and put him/her in the position of Kayoko, where not a single person of her family is alive, and she is surviving alone during the post-war.

This movie is exceptionally melancholic, especially the last part where Kayoko will go to her house, which now looks like a cemetery and cries out loud for her family. She will be able to see them. This movie is a must watch indeed.

10.Must Watch Anime: A Silent Voice 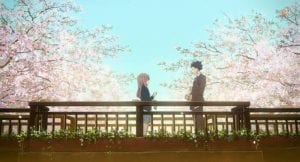 A Silent Voice is written by Reiko Yoshida. This movie is relatable to every viewer; we all have somehow faced bullying either by classmates or by family. But, this movie is about the transformation of a bully, Shoyo Ishida, who, after so many hurdles, changes himself into a good human being.

He finds a few friends to support him, which is again a life lesson, as soon as we become mature and start growing up mentally, our friend circle does not remain a circle anymore. In the process, he will face a lot of emotional break downs because no one will believe him, not the deaf girl in elementary school and not even his friends who used to bully others along with him.

Ishida tried to commit suicide but realizes that one should always look at the bright side, and he chose his second life to live like a positive boy who will not hurt anyone. This transformation shows we all have good and evil in us, but if we want, our good can conquer our evil.