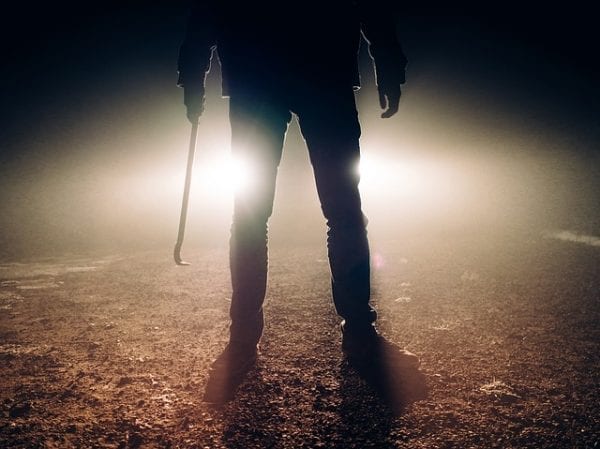 Raman Raghav was a serial killer active in the outskirts of Mumbai. He was known as Sindhi Talwai, Anna and Thambi as well. He killed people by smashing their heads while they slept in the open. Later he admitted that he killed around 23 people when he got arrested, but it seemed like he killed many more than that. The name of this Bollywood crime thriller movie Raman Raghav 2.0 might deceive you into thinking that it is a film about the serial killer himself, but it is NOT. This is a movie about a character, a serial killer Ramanna, who got inspired by a well known serial killer of Mumbai active in the mid-1960s.

Raman Raghav 2.0 is a 2016 movie by Anurag Kashyap with Nawazuddin Siddiqui playing the character of Raman and Vicky Kaushal playing the character of Raghav. In the movie, the real name of the character Raman was Ramanna which he, inspired by the serial killer Raman Raghav, later changed to Raman himself whereas, on the other hand, Raghav is a corrupt cop who kept looking in the entire Mumbai city for Raman. But Raghav didn’t know that Raman was looking for him as well. Bollywood has given us many crime-thriller, but this one is a wonderful piece of art, yet underrated. The best part of this particular movie is that it not only showed the crimes that are committed by a serial killer but also depicted the mental state and the psychology behind the motive of a serial killer.

The movie did not focus on the good parts of Mumbai police like any other mainstream movie. Rather it tried to show us the dark side of it. We have watched films about honest and loyal police officers but never heard anything about the one not-so-honest. This movie finally told us something that the audience didn’t know so far and had no clue that things like this can happen as well.

There are two lead characters as the title of the movie suggests; Raman and Raghav. There are characters as well like Smrutika Naidu (Simi), Lakshmi, Ankita and many more who played quite important roles in the film. The character of Raman is described as a creep with some major psychological issue who kills people just because he feels that they were needed to be killed. The character considers killing as important as eating, bathing, and sleeping. He even goes up to the police to surrender but rather gets beaten up by the police as he was mistaken to be just another mad man we see on the road every day. The character of Raghav is described as a corrupt cop with a temper issue. He is even a drug addict and wasn’t as honest as a policeman is supposed to be. He even murders people to keep his secret of being a drug addict safe and often out of anger.