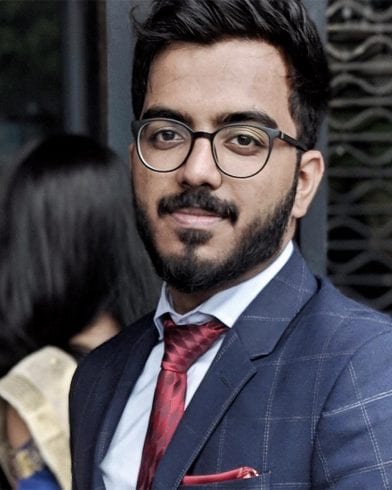 An Entrepreneur by passion, MMA fighter when not working, a Mentor during the weekends, and a Guitarist by choice. Meet Saahil Kamath, who established his AI-based start-up at the age of 21 when a bunch of us were unclear about our career-paths. This young entrepreneur accomplished a multitude of things in a short span. He is goal-oriented, driven by passion, energetic, and avidly devoted to his work.

At present, he is the Co-founder, and CTO of Silicon Valley-based AI start-up, Marsview.ai. He founded his first company Visio.ai during his undergraduate program and was awarded the “Top 10 AI solution providers of India” for one of his inventions. His contribution to the field of AI is immense and owns multiple patents. He hails from Bangalore and has graduated with a major in Electronics and Communication and a minor in Computer Science.

In this exclusive interview with Icy Tales, he shares the challenges faced while setting up a business right from square one. At one point, he sums it up in a single sentence: “The age of 20-30 is the “grinding years” of our life where we’re biologically given the physical and mental strength to push harder than ever.” But, he has a lot more to his personality behind those geeky glasses. 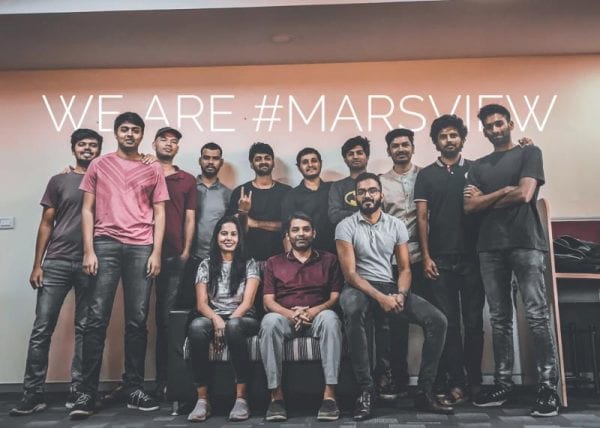 The feeling is similar to jumping out of a high-altitude plane and then figuring out how to build a parachute during the fall. So to say the least, it has been a rollercoaster ride! Entrepreneurship, for me, has been a holistic experience wherein I got to learn about things, people, business, and strategies that no business school could teach. I love and embrace the adrenaline it gives me.

From Visio to Marsview, we have grown a lot in terms of our team, our knowledge, understanding of the market, and the customer’s needs. Above all, each and everyone at Marsview has grown into an entrepreneurial mindset which I think is our biggest asset.

Other than bringing a notable change in the world, I had no plans of starting a business initially (Though I was advised by a lot of people to do so). While working at IISc with my peers, we had an excellent opportunity to take our product to the world, and that’s how it all started. It was a tough task for me to leave it all behind; having a perfect score in my report card, a set path of a well-paying job, and a Master’s degree. But, I do not regret taking it.

For the first two years of our start-up journey, we bootstrapped ourselves. Our logic then was “all we need is a laptop and our wit,” and that’s all we needed. All the founders refrained from taking any salary for those two years, and the revenue we got was put back into the development and expansion of the company. 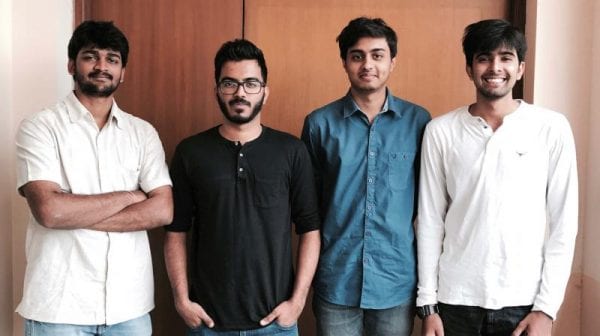 “Once you get the product to a decent shape the sharks will come to you,” but that wasn’t easy either, especially when you have a technologically futuristic product, it becomes hard to explain the immediate power/value of it. We had to go through almost hundreds of pitches with the VCs and investors before we could focus our messaging and bag good funding.

I don’t know what the future has in store for me, but for now, I do what I love, and I love what I do. In retrospect, the biggest arsenal I had back in the day was that I was crazy enough to think I could make it, and that put me in the path of making it.

On coming up with ground-breaking ideas, his company’s vision, and current products

At Marsview, we were (and still are) a bunch of misfits that believed in one thing in common, using AI to augment people’s lives for the better. We started with a fantastic patented product that could help drivers from avoiding life-threatening accidents by assisting them in keeping awake and alert in long drives.

Over the years, we have pivoted multiple times to come to a point we are presently, but our vision has not changed but has matured over the years. We play by our technical and strategic strengths and try our best to give the world what it ‘needs’ more than giving it what ‘we have.’ 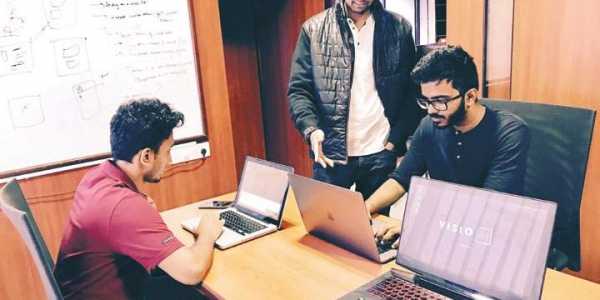 Our company’s core value proposition was ‘Content Extraction.’ We have developed cutting edge and top of line AI algorithms that look into a video/audio/text files and extract data that is similar or arguably deeper than what a human would.

It looks for and picks up metadata that are non-parametric and forms a knowledge web that can be consumed in many shapes and forms. Hence helping companies and individuals catalogue the media content they consume in ways that were never possible before—having this as a base concept, we have built various use-cases that helped B2B enterprises and small businesses.

Amidst the COVID outbreak, we have come up with a fantastic product that helps you work remotely and catalogue all your virtual meetings in one place and summaries your action items and TODOs in a consumable form. (check out more about this at www.marsview.ai)

On how he handled work and curriculum, his college life and what he missed the most

It was just a matter of setting priorities right. I had a decent grade getting into the start-up life, and I just had to “hack” the education system and my habits very slightly to keep it that way. If you understand the concepts that are taught in the classroom, then 90% of the job is done right there. Did I have to cut down sitting on the last bench and playing on my phone for a year? Well, a little bit. I think that’s a pretty good trade-off.

I’d like to call myself a ‘man with no regrets.’ I have had a wonderful college life filled with amazing people with a lot of ups and downs and I wouldn’t have it any other way because that led to the person I am now, and probably what I will be in future.

The only thing I majorly missed out on was sleep. I was fortunate enough to have associated with co-founders who all had a “Work hard! Play hard!” attitude. So we had our fair share of fun memories. It’s an exaggerated notion that you have to give it all up to “make it” in life. I would say it’s all in the priorities you set for yourself.

I miss having a carefree attitude and not worrying about things all the time, but that’s just called growth. They say ‘Heavy is the head that wears the crown’, and we all have to eventually wear ours, whatever the shape or form it comes in.

On being Trained and Certified in multiple Martial Arts 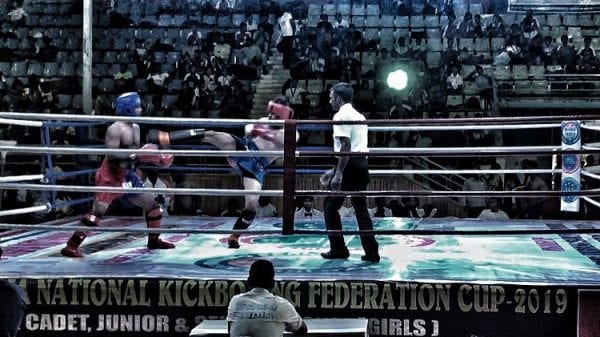 I started my journey of martial arts in my 2nd grade, and in grade 8, I secured a black belt in Karate. I have gone on to learn and get internationally accredited in Muay Thai and Brazilian jujitsu and soon to be representing India in 2020. I have always loved the notion of having physio-mental stability. At least that’s how it started. But as I matured Martial arts became a way of life more than a sport. 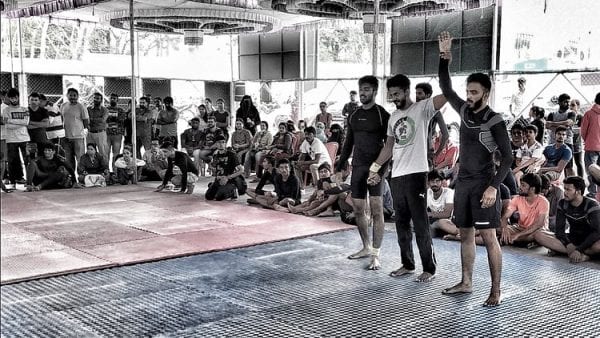 It takes extreme discipline and persistence to learn Martial arts (the right way), and these lessons do not end at the gym. In fact, these lessons have become a way of life, and if you are lucky enough to recognize that, then it becomes a form of powerful meditation. If you wake up 4 hours earlier than an average person, then you got four extra hours to do whatever you want, and that’s all I need for my Martial Arts training. MMA like everything else it’s quality over quantity.

On how he revitalizes from his jam-packed schedule 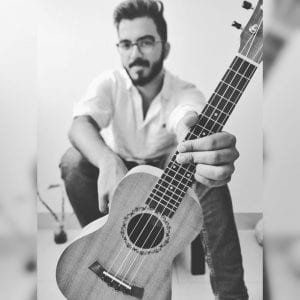 Playing music, composing songs, and competitive fighting is what keeps me sane enough to put in the hours I need to put for my start-up. I don’t think I could do the one without the other. As I said, the discipline of sticking to the schedule does not end at the gym.

Every start-up is different, and every product needs a different way of tackling it, but if I have to take the least common denominator, I would say I encourage ‘Persistence.’ Persistence guarantees that results are inevitable. That said, there is a fine line between persistence and insanity. You also have to know when to say “No” and when to pivot your thought process, and that I would say is a journey we all have to take and learn. 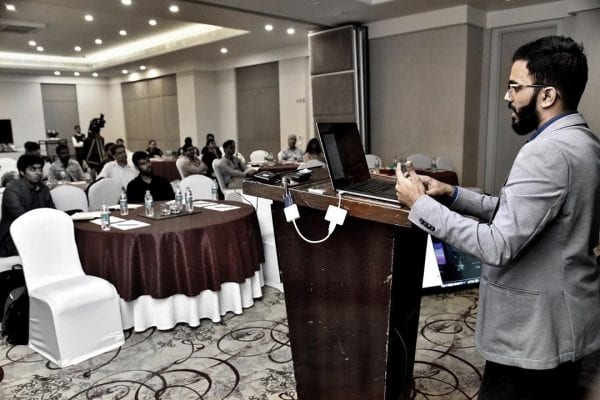 In the wake of the speed and craziness in the present social media generation, it’s safe to say ‘herd-mentality’ has become our second language. We think of the smaller picture and do not give our passion the time and appreciation it needs. This has paved a weird way of life which students believe is the only blueprint.

Firstly identify what your goal is. Ask yourself the right questions.

Don’t sit for random placements you don’t care about just to fill up your insecurity of not having a job, don’t go abroad for Masters cause you saw your peer posting Instagram stories of partying. Do it for the right reasons. Do what you need to do to achieve your “Bigger picture” and try your best to persist.