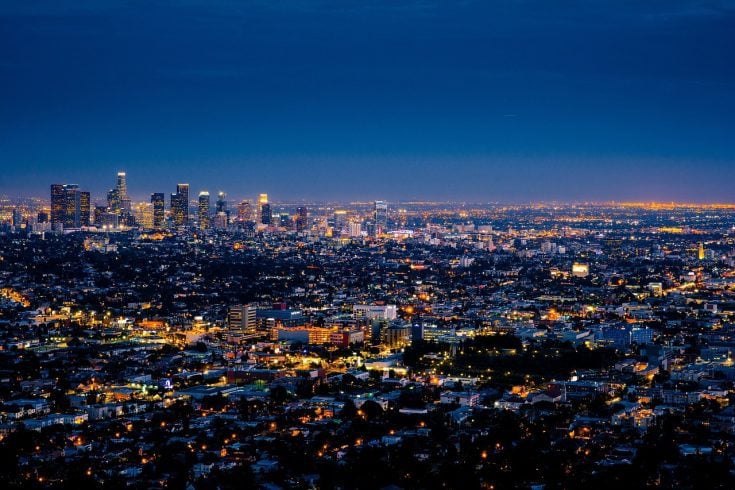 San Gabriel Valley is one of the must-visit valleys of California. If you are planning on exploring it, we have mentioned a few things you should know.

San Gabriel Valley is now a part of Greater Los Angeles and has been quite developed. The valley has witnessed thousands of events, which has made its history a long one.

If you are planning on exploring San Gabriel Valley, then you must be aware of a few things. Knowing the place makes the journey an easy and interesting one. On the east of the valley lies Chino and San Jose Hills; on the west lies San Rafael Hills. Moving to the northern side of the valley, San Gabriel Mountains are situated, and towards the southern are Puente Hills.

San Gabriel Valley is home to several cities and one of the prominent principal valleys of California. Locating or reaching the valley is not a problem at the present time.

Reaching San Gabriel Valley by air is quite convenient as an airport by the valley’s name is located in the center. Being one of the busy airports, it witnesses over 1 lakh flights in a year.

The airport provides regular and frequent planes and connects major cities of the United States. After getting off your plane, just get a cab, and your journey of exploring the valley will begin.

Connectivity by road is world-class, as highways connect major cities. Just drive for a few hours, and you can easily reach the beautiful valley of California. The San Gabriel Valley size is enormous, and it stretches in the area of 500 square kilometers or 200 square miles. The valley is home to over thirty cities.

The valley’s name is derived from the centrally flowing river, which is named San Gabriel River. The valley is completely developed to be a metropolitan area.

In the valley, the largest city in terms of area in Pasadena. And a majority of tourist destinations are present in the city of Pasadena.

The diverse ethnicity can be observed in the San Gabriel Valley communities. The valley is one of America’s most diverse regions, as La Verne, San Marino, and Pasadena make the majority of the population.

Earlier, San Gabriel Valley’s area was inhabited by the Tongva tribe, who also spoke the Tongva language. Even today, the tribal people of Tongva live in some areas of Los Angeles county.

Later in the year 1542, the Spanish people arrived in the valley of San Gabriel. In the next few years, people from all around the world came and settled to become a part of the foothills communities.

A large number of settlers came from Asia, and today the mixed culture and ethnicity can be seen in the San Gabriel Valley of California. The region of San Gabriel Valley is also one of the highly populated places of America, which has more Asian people.

San Gabriel Valley houses multiple cities, and therefore the number of tourist destinations is many. But for your better convenience, we have mentioned some of the best places that are worth visiting. 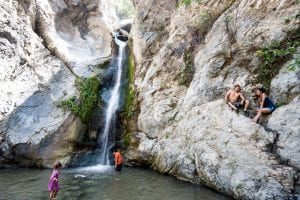 Eaton Canyon is located at the base of the San Gabriel Mountain. The Canyon is well known for its mesmerizing beauty and steep gorges.

Eaton Canyon lies within the premises of Eaton Canyon Natural Area Park. Some stunning gorges and waterfalls are as high as 50 feet present in the Eaton Canyon.

A pool lies at the bottom of the fall, which is the best place for observing and appreciating nature. There is also a dam and a reservoir which are quite old but worth the visit.

Located on the Puente Hills, which lies on the valley’s southern side, is Hsi Lai Temple. The temple is a Buddhist monastery, which translates into Coming West.

Hsi Lai Temple is one of the first Buddhist temples that have been built overseas. It is affiliated and under the care of a Buddhist organization Fo Guang Shan.

The monastery was completed in the year 1988, and the same organization has also founded a university. There are several ceremonies and festivals celebrated in the temple throughout the year. 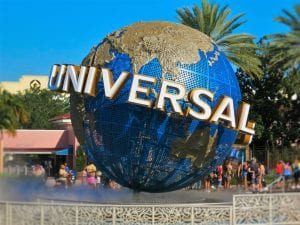 A visit to Downtown Los Angeles without getting clicked at Universal Studios Hollywood would be such a shame. This iconic studio is located in San Fernando Valley, which is just half an hour’s drive away from San Gabriel Valley.

It is still in use and also one of the oldest and popular studios in the world. Within the Studio lies Universal city, which has luxury hotels and shopping centers.

A lot of famous movies have been shot here, and you can even witness locations from Harry Potter, Jurassic Park, and many other movies.

Old Town Pasadena is one of the most developed San Gabriel Valley areas, also referred to as Old Town and Athens of the West. It is the home of some reputed organizations like Caltech.

The old town also has some artistic side to it, as some of the art galleries and museums are located here. The area is worth exploring as several human-made wonders lie in the city in the form of its architecture.

It also acts as a major entertainment sector that houses great malls, nightclubs, theaters, pubs, and lots of other thrilling places for visitors. A majority of tourist attractions are located in Pasadena, and among them is Norton Simon Museum. Previously the museum was known as Pasadena Art Museum and was built in 1969.

The art museum has preserved some amazing and well-known paintings and artwork of artists from different parts of the world. Norton Simon Museum has European and Asian style painting and sculptures on their display.

The museum also houses a theater where films and programs are run daily. Events like musical performances and dance shows are also organized in the museum on a regular basis.

While you are in Pasadena, try to explore Jet Propulsion Laboratory and the Diamond bar, which is a beautiful city.

Apart from being a beautiful garden, it is also a historical site of the nation. The Arboretum and Botanical Gardens was founded in 1947 and is located near California’s San Gabriel Valley.

In this garden, the collection of plants is quite diverse and impressive. The plants here are brought from all the continents of the world and are well preserved.

There are lots of gardens present inside the Los Angeles Arboretum and botanical gardens. A visit to the garden can provide lots of valuable information because it was founded with the motive of providing education and research.

There are few other stunning parks like Baldwin Park, which is the land that witnessed the invention of hamburgers, and Monterey park present in LA county.

There are lots of fun things to do in San Gabriel Valley, and we have listed some of the best things you should definitely not miss! Rose Bowl Flea market is one of the most exciting markets in California. It is organized every second Sunday of the month.

The flea market is trendy among locals and visitors alike. Over 2,500 vendors actively take part in the market. A wide range of items is available in this market at a really affordable rate.

The chances of finding rustic and vintage items and collectibles in the Rose Bowl Flea Market are high. The hunting and exploration of the market will take some time, and digging up can help you in finding some unique and rare items as well.

If you want to experience the forgotten era of the 1950s, then Vineland Drive-in is a must-visit place in San Gabriel Valley.

Visit Pacific Vineland drive-in movie theater and re-live the forgotten era. The best fact about Pacific Theater drive-in is you won’t only get to watch classic movies, but the fresh release is also enjoyed equally.

Visit the drive-in early to find a good spot, and remember to bring some snacks along for a better movie experience.

After exploring the flea market and having a great movie experience, now is the time to try some city delicacies.

Located near the border of Pomona Valley Fairplex is a must-visit place in San Gabriel Valley. In September, Fairplex becomes more active and turns into a food carnival.

From delicious food, desserts to entertaining shows, and games, everything is available in Fairplex. Other months of the year witnesses different events, like music festivals, expos, and several other festivals. 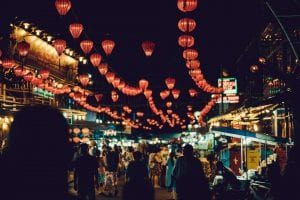 One of the must-visit places in San Gabriel Valley is 626 Night Market. The night market’s inspiration has been derived from the Asian culture, where open-air markets are a common sight.

The number 626 is the area code of Santa Anita, but now it has become a part of the market’s popularity. The market is quite similar to a festival, as it has several food stalls and drinks options well.

There are over two hundred stalls of food, clothes, and different items. The market has become an iconic place in California and is visited by over a million people every month.

After exploring the nightlife and markets, do take out some quiet time to explore the cities by the metro gold line. This extended metro line will take you to the different cities of San Gabriel Valley. 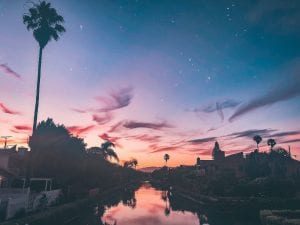 One of the last things before visiting San Gabriel Valley is the best weather for exploration. The valley experiences short summers and long winters, which is a positive aspect of tourism.

The summers last barely for three months and remain at the peak from June to September. The average temperature remains at around 800 Fahrenheit. It is not the most suitable time of the year for exploration.

Winters are the best season for the tourists, and it lasts for over four months. The winter starts in November and ends in around March. The average temperature remains at 450 to 600 Fahrenheit, which is the pleasant and the best time of the year for tourists. 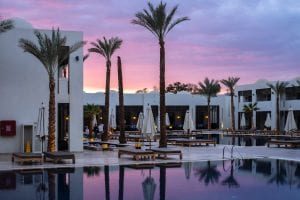 The valley of San Gabriel has several cities, which makes it quite obvious for the tourists to get confused about the best place to stay. A strategic location can help in an easy and better exploration of the major destinations.

Pasadena is always among the top cities for tourists accommodations as a lot of attractions are present within the city. The next best alternative in Santa Monica, as exploring a city via public transportation, will give you a better perspective of the journey.

Western LA and Hollywood is one of the landmark areas of the valley and will be the best alternative as well. These cities are more centrally located and are much affordable with better accommodation options.

For better ocean views and beautiful beaches, South El Monte would be the best option for the tourists.

You should be aware of these a few things before planning your visit to the San Gabriel Valley of California. The Valley has witnessed a lot of events which has made a rich and interesting history.

Being a culturally diverse region, the food and markets reflect the same ethnicity. There is nothing in the city that you need to worry about as there are enough medical centers and county supervisors to keep the counties safe and entertaining.

San Gabriel Valley of California has lots of amazing destinations which keeps the tourist busy. The complete exploration of the valley may take more than three days because of its enormous size.

While visiting Universal Studios, I have a good amount of time for better experience and explorations. Do check the weather updates before proceeding towards the city, and bring your belongings accordingly. 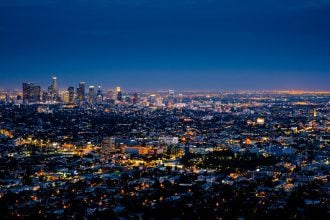 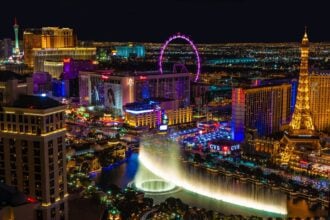