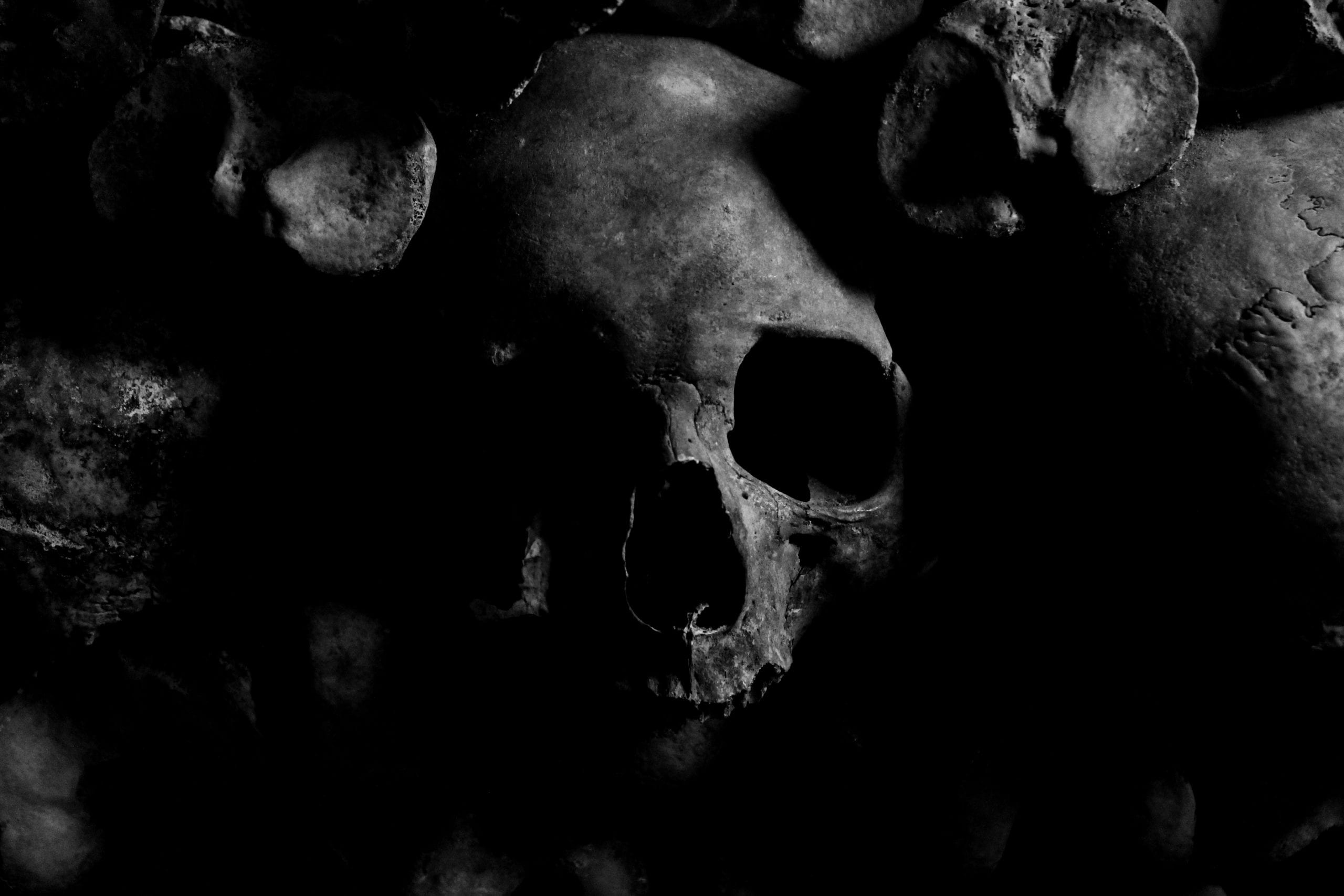 Want some scary stories to tell in the dark?

Scary stories don’t need a definite time to be told, do they? But they are automatically 100 times scarier when said at night.

There is nothing better and adventurous than grabbing a few friends who can be easily scared and telling them spooky stories at 3 a.m. or as I like to call it ~ ‘The Devil’s Hour.’ And if you are lucky enough, you even get to see some unsettling things with your own eyes too!

So yes! Grab some food, turn down your lights, or just try lighting a fire if you are outside in your backyard and let me take you on a spooky ride.

Here I’ve curated a bunch of short scary stories to tell in the dark. These will surely give you goosebumps. Most of them are said by people I know, and I will end this with personal first-hand experience of mine. Enjoy and hope there isn’t a demon under your bed!

Top 3 Scary Stories to Tell in The Dark

I’ve heard this one, and the storyteller swears on his life that this is a true story that gives it the third rank in my list of scary stories to tell in the dark.

Mike went to Truman State University in Missouri. Now many of its dormitories are known to be haunted. Here Mike was one of the resident advisors or RA. As an RA, he had to go on rounds every couple of hours, which included walking around the campus, checking on students, and making sure that nothing crazy was happening, no-one was throwing a party and stuff like that.

There were long carpeted hallways, and the dorms were made of huge cement blocks, which meant one couldn’t hear anything happening upstairs or downstairs while going through the halls. The floors were solid blocks of concrete and were thus soundproof.

So one day, Mike was on his way to make his last round, which took place at 2 a.m. Most of the lights were off except for a few along the stairways. It was a school night, so more or less, everyone was asleep. Mike started walking through this particular hallway, which was especially rumored to be haunted. He opened the door to this long hallway and took two steps.

All of a sudden, he heard two exact footsteps above him, trying to match his steps. At first, he did not think much about it and kept going. But then THUMP! THUMP! THUMP! He started freaking out a bit and still thought maybe someone was pranking him and trying to scare him off. But as he kept going, the noise of the footsteps continued matching his stride.

So Mike being the brave guy that he is, decided that enough was enough and was convinced to the run-up to the hallway and catch the culprit red-handed. The stairs that led to the corridor above were a few steps away and he decided to make a run for it. Every step that he took up, he could hear the thump. He dashed across the stairways and opened the door that led to the long hallway from where the noise was coming.

There he stood in the dark in front of nothing. NOTHING! There was not even a single soul in sight, let alone a prankster. He went running back to his room, locked his doors, and somehow spent the night.

The next morning Mike took a friend along with him and made him stand at his exact location from the night before while Mike went upstairs and jumped in the hallway . and guess what? The friend didn’t hear a single thing! To this day, nobody knows what that was or what caused that noise. But Mike slept in his room with the lights on for the rest of his college life.

To this day, this remains one of the best scary stories to tell in the dark in Truman’s Hostels.

Seven years old Whitney lived in a little house along with her mom. They had recently moved in there. Like many small children do, Whitney also had an imaginary friend named Alice. And honestly, her mom never really gave it much of a thought. But recently she could hear Whitney staying up late and walking around the house at night. She also confronted Whitney about this, but Whitney swore that she hasn’t even left her bed in the past couple of nights.

The next night Whitney’s mother planned to stay up late so she could catch her in the act. The moment she heard little footsteps scurrying across the hallway into the bathroom, she got up from her bed and called out Whitney’s name. But to her surprise, Whitney just came out of her bedroom, rubbing her eyes.

They both saw the bathroom light on and rushed towards the bathroom only to find a little girl humming. Her back was turned towards them . to their absolute horror, when the little girl turned out, they realized the fact that she had no face. Whitney’s mum grabbed her and ran out of that house immediately. 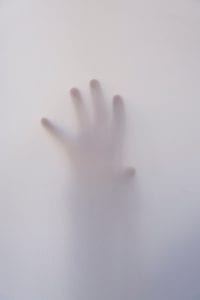 The next morning they came back to pack up their things. It was only then when the landlord revealed that no family with kids have ever been able to live there for a long time because years ago, a little girl drowned in the bathtub. To this day, the little girl roams around in the house and tries to befriend the little kids who come to live there. He then proceeds to tell them the dead girl’s name and guess what her name was? ALICE!! 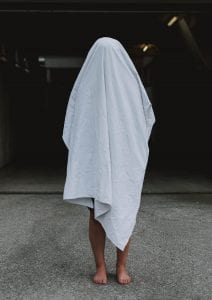 This is a personal story and has always been my first choice in scary stories to tell in the dark. This story is the one that made me believe in the presence of the supernatural or the afterlife as you wish to call it.

I changed schools in 11th grade. In this new school, there were CCTVS all round. So no one had any chance of doing anything crazy, but whenever we got the opportunity, we made the most out of it. Halfway into class XI, we got to know that the CCTV in our library stops working after 3 p.m. every day. They had many technicians called, and they had a look at it, but no one seemed to know what the problem was. Even they tried replacing it twice, but weirdly enough, it stopped working after 3 p.m. the next day.

Our librarian was a scared old lady who realized her life was way too important than this job. So she appealed to close the library at 2.45 p.m.Fortunately for us, the principal also granted this appeal. So every day the library was open from 8.30 a.m. till 2.45 p.m. Then they switched off the lights, closed the doors, and more or less, the entire third floor was empty.

We, the pesky teenagers, saw this golden opportunity and decided to avail it. So one day this friend of mine and I decided to fool around in this library (teenagers, you know?) and sneaked inside.

Now the library wasn’t too big. It was more of an “E” shape with three rows of bookcases opening into a long side passage that walks right into a sitting area.

We were in the middle row, probably doing some stupid stuff when suddenly we noticed a man walk past by the rows through the side passage. My friend ran out of the row into the journey and saw this man from the back. My friend came back running and told me that this man looked like our physics teacher. Also, this man was tall around six ft-ish, and at that moment, none of our teachers were near 6ft other than the physics one. We thought that our teacher saw us.

We both were very scared thinking that he would probably go and complain to the principal who would suspend us both (Going to the library after 3 p.m. was strictly prohibited in our school). So we decided to go and talk to him first so that we could try and sort things out and maybe beg him not to complain. We walked down the long passageway into the sitting room a few minutes later. But there was no one to be seen. We thought he must have gone back to the staff room.

We hurried towards the staff room and went to him. We begged him not to tell anyone anything and admitted it’s our fault. But he looked shocked and could not make out a single thing that we were saying.

But when we said we were in the library, and we saw a 6ft, sturdy, old man walk past us, all colors drained from his face.

He looked us dead in the eyes and said, “DO YOU NOT KNOW? This school used to be an apartment building, the man of the house committed suicide in that library one afternoon, which is why the CCTVS stop working every day at that time no matter what! The librarian leaves early because she, too, has seen the shadow of a man. Both of your descriptions exactly match that of the dead man !”

We never went to the third floor again, let alone the library.

This concludes my list of scary stories to tell in the dark!

Are you looking for a horror movie to watch next? Click right here!