The 20 Most Expensive Pets You Can Own!

Do you know the history of pets?

Researchers say that Dogs are the first companions owned by humans since Paleolithic time. They used Dogs for guarding and hunting. Later the affection towards pets increased, many made different animals like Horse and Cat as their pets.

Who doesn’t love to own a small loyal creature? Pets are our best companions and stress busters from ancient times. There is a huge pet lover population in this World. If you are a part of them, then this is for you.

Usually growing and maintaining our lovable pets adds weight to our expenses. But there are some pet animals which can wipe your life’s saving just in a snap like Thanos.

Do people buy expensive pets? The answer is yes, some people buy these luxury pets just for the experience of having the coolest pet, some want their pets to be unique and some people love to collect these exotic pets.

20 Most Expensive Pets in the World

It is not a green-shaded monkey it’s a Racehorse of American thoroughbred. He was auctioned for $16 million in 2009 and stands first in the list.

What makes this Green Monkey so special and what makes it stand first in the list? It is the question you might ask.

Undoubtedly, he is one of the speedsters among horses. In his first-ever race, he ran a mile in just 9.8 seconds. This makes him one of the most expensive pets. 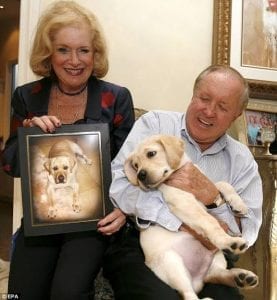 Pet lovers can do anything for their pets. His story is an example of that. Edgar and Nina’s family dog Sir Lancelot a Labrador suddenly got expired. They can’t bear his loss and so they cloned the dead dog and named as Sir Lancelot Encore. 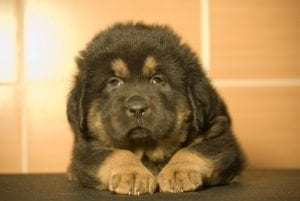 All pet lovers are crazy about Dogs. Tibetan Mastiffs are dogs with a majestic lion look. It has fluffy double-coated covering around its body. They can be your best friend and also as a guard dog.

Usually, this breed costs a huge. The true-blooded category can wipe your life’s savings since it is rare. Recently a lion blooded Tibetan Mastiff sold for $1.9 million in China. Undoubtedly, one of the expensive pets. 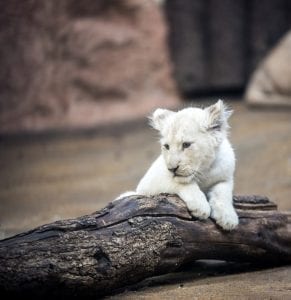 White lions are a very rare breed of lions which was first spotted in 1938. These lions are uncommon and born due to the presence of a recessive mutation in a gene that makes color pigment called melanin in both the parents.

This unique color made a white lion cub one of the expensive pets. The estimated worth of a white lion cub is up to $ 1.4 million and they also adds serious expenses on their foods. Do you have an idea of growing White Lion Cub? Then you have to learn how to keep them in control. 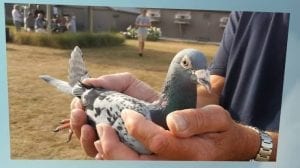 Pigeons are one of the oldest species of domesticated birds. They are good friends of humans and they are highly intelligent. Some may grow pigeons as their pet, some may eat them and some may use them for racing. There are many fans for Pigeon racing.

Armando is a racing pigeon of Belgian long breed. It is the “best Belgian long-distance pigeon” of all time. This pigeon is auctioned for $ 1.42 million for a Chinese buyer. Undoubtedly, one of the most expensive pets. 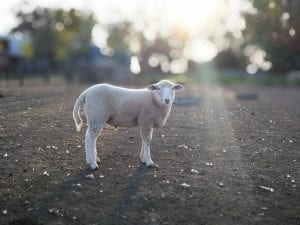 Deveronvale Perfection is the name of the sheep which sold for $376,691. So, what makes the sheep come in the list of the most expensive pets? The lamb was bred by Embryo Transfer of tup Kelso Oxygen and Champion ewe knock Magnum. This sheep is known for breeding purposes. 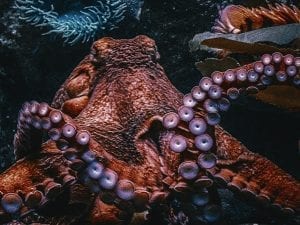 Here is the strangest and one of the most expensive pets on our list. It is an Octopus and it was owned by Nicolas Cage. The Ghost Rider Nicolas Cage has a habit of owning animals that acts with him.

In 2018, he owned an Octopus for $ 150,000 and added to his pet list. He believes that the Octopus will help in his acting. Do you believe in that? But The Ghost Rider is having a strange taste. 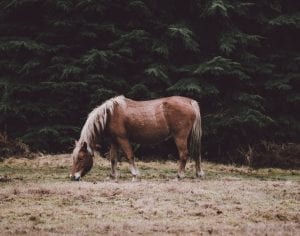 Arabian horses are known for their intelligence, loyalty, and their affinity for humans. They have distinctive head shape, arched necks, and high tail carriage. This makes them look unique and majestic of all horse breeds.

Famous horse breed all over the world from ancient times. It was used in wars because of its speed, endurance, soundness, and intelligence.

This makes the Arabian horse as one of the expensive pets in the world worth up to $100,000.

Maybe a dog can be a man’s best friend but a cow can be a friend and also support a man financially. This section is especially for people who love the cow.

Miss Missy is a Holstein Cow from Canada. She was auctioned for 1.2 million dollars in 2009. She has won many titles including Supreme Grand Champion which makes her so special among the Cow lovers. Also, she produces 50% more milk than an average cow. 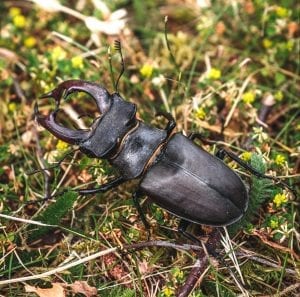 There some people who keep insects as their pets. How crazy these people are? but there are some reasons to grow them as a pet. They are really good for your garden. They eat loads of rotting wood, returns important minerals to the soil and most importantly they don’t eat living plants and shrubs. They can be your perfect garden pet.

A small three-inch beetle which was sold for $ 89,000. This happened in Japan. The secret of its high price is its length. Usually Japanese eats insects, I think he has a different taste. What do you think? 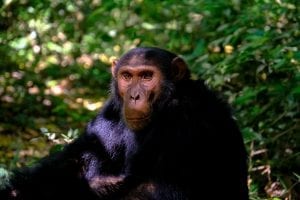 We love watching chimpanzees in the zoo, right? We shake hands with them and we enjoy their crazy and funny things. Some people make Chimpanzees as their pets. The species is closely related to human evolution. They are intelligent and playful.

It is dangerous to grow an adult Chimpanzee as a pet. Always go for a baby Chimpanzee so that it can easily suit your living atmosphere.

Do you have a thought of buying a Chimpanzee? If yes don’t forget to check whether your country allows.Countries like the United States are allowing people to have chimpanzees as a pet animal. They are also one of the expensive pets in the world costing up to $ 60,000 to own an infant. 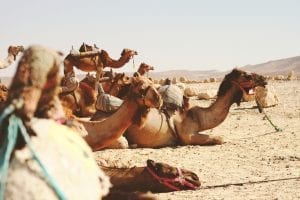 Camels are one of the most expensive pets in the World. Mostly seen in deserts and used for transportation. Many people in Australia have Camel as their pets.

Maintenance is the main issue while having Camel as your pet. Many Camels dies because of starving and improper maintenance.

Do you want to have Camel as your pet? Then you should have a minimum of 800 square meters unencumbered land free of buildings which comforts the pet. Most importantly you have to spend a lump of $50,000. 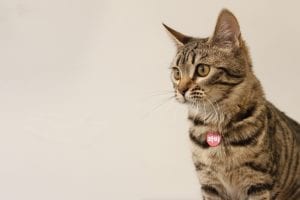 Cato is the name of a Bengal Cat worth of $41,000 purchased by Cindy a London lady. Why Bengal Cats are in the list of the most expensive pets? Here is the reason. Bengal Cats are a hybrid breed created by crossing Egyptian Mau and Asian Leopard Cat. They are highly intelligent, energetic, and have a wild leopard appearance.

This makes Bengal Cats shine among the other cat breeds and making it so expensive. 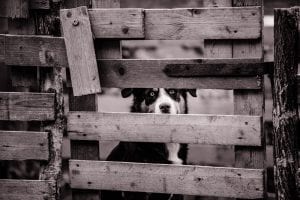 Megan is a sheepdog which was auctioned for $ 21,000. A sheepdog is used for guarding sheep and other livestock. Usually a sheepdog cost between $ 1000 to $ 2000, so what made this sheepdog stand in the most expensive pet list? It is the question you might ask.

Megan is the offspring of several top-performing trial dogs. His father is Roy, bred in Whales and his mother is the sister of supreme champion and has an impressive bloodline.

Also, they are highly reactive, intelligent, and friendly pets. 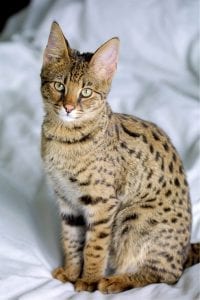 Savannah Cats are one of the most expensive pets. They give the impression of wild Cheetah. Their eyes are expressive and highlighted by dark tear stains. They also have huge ears and long legs which makes them highly energetic and intelligent.

It is a hybrid breed between a normal domestic cat and an African Several, which makes its cost raise to $20,000. 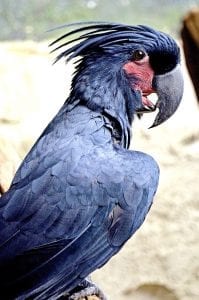 Palm Cockatoo or Goliath Cockatoo a beautiful and stunning bird to watch. They have a distinctive appearance, having a large crest and one of the biggest beaks of any parrots. They need a lot of attention from their owners.

When they are excited or alarmed their red crest changes color which will be a visual treat. They are extremely intelligent and playful. I am sure this creature needs a bold owner otherwise the thing may go wrong.

All these things reserve Palm Cockatoo a place in the list of the most expensive pets. Their population is also declining due to hunting and habitat loss which also adds weight to their price. To own this amazing creature, one has to spend $ 16,000. 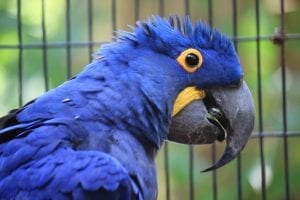 Hyacinth Macaws are the largest of the parrots and one of the most expensive pets. They are native to central and eastern South America. As their name implies, they are blue coated. They have stunning look and playful behavior. They are very social birds and usually in groups. If you buy a single parrot then you have to give a lot of company to the parrot but try to go for a pair.

Be aware of the parrot because if the parrot is disturbed it screams which is awful, some can bear that noise and some may not. Sometimes they imitate the owner.

Let us jump into the main point. To own a Hyacinth Macaw, you have to spend $ 14,000 for a pair it gets doubled. Why this stunning creature needs huge money? This is because this species is an endangered one and they are not as easy to breed as other parrots. 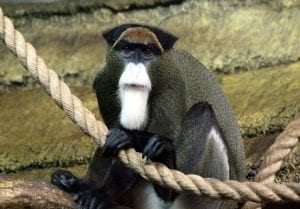 De Brazza’s is one of the oldest monkey species and mostly found in central African forests. They are named after the Italian-French explorer, Pietro Savorgnan di Brazza. These monkeys are known for their distinctive appearance having a white beard, grey coated fur in its body, and orange crest on the forehead.

It is undeniably one of the most expensive pets, making you spend around $ 12,000 as there are exotic. 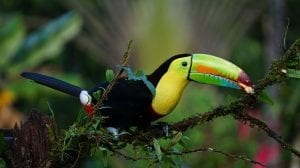 Toucans are known for their large colorful bills of 8 inches. They are native to South America’s tropical forests. The Toco Toucan is the most widely recognized Toucan around the world and known for its black coated body with long yellow bills.

Toucans are excellent pets. They are friendly, cuddly, playful, and curious about their surroundings. They are far better than parrots as they do not scream and bite hard. Buying Toucan as a pet is the best choice for people who wants a calm and gentle pet.

Probably, one of the most expensive pets in the category of birds which costs you $10,000. It worth’s the price. 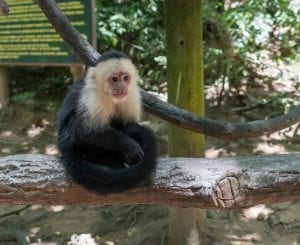 Capuchin Monkeys are those with a lot of humor sense. You might have seen them in movies like Night at the Museum, Hangover part Ⅱ, and George of the Jungle. They made us burst in laughter.

It is a pet for those who want a funny and cool companion which always available to disturb you. But be careful with them because if you provoke them, they can be aggressive like the same way they do in movies. The best choice for people who needs an annoying pet.

Undoubtedly, they are one of the most expensive pets. If you want to own one, then you have to spend $ 8,500 and be ready to stitch your pocket because it will add weight to your expenses as there are playful. You might have caught the point, right?

We hope this list of 20 most expensive pets has given you enough information about the most expensive pets around the world and some crazy things about them. Out of these pets which one you chose to own if you had a spare of thousand dollars. Leave your commands below. Also comment your favorite one.